Oliver Trevena Takes The Plunge Back into Cinema 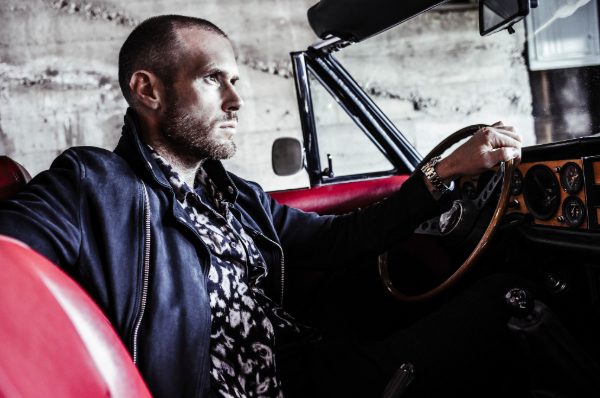 Oliver Trevena is a British actor and longtime host of the interview show Young Hollywood. In the two years after leaving the show, he has been part of more than a half dozen projects, two of which have already been released. In 2018, he had a role in Ariel Vromen’s The Angel. The Rising Hawk, a joint US-Ukrainian film, opened in Ukraine in October. A third film, Grand Isle, will hit theaters in December.

Downtown Magazine: So how did your work with Young Hollywood get started?

Oliver Trevena: Kind of just a chance thing, really. I grew up in entertainment. I was in ballet and theater for 12 years. Um, and when I came to the States, I obviously found a lot of theater and acting and trained abroad. And when I came to America, hosting was never something that I thought I’d do. I’ve seen presenters–we call them presenters in London–but never really considered it at all.

And on a chance night out, I was actually hosting a friend of mine’s birthday and we were doing karaoke and I ended up hosting the karaoke, I guess. I thought I’d be like, “Oh, next up we’ve got this…” You know, just for fun. And someone in the audience was the founder of Young Hollywood and he said, “Oh, you’re a great host.” And I actually had no idea what he meant. “He’s like, do you want to do some work for us?” And that lasted nine years.

DT: So, What changed?

OT: I think in the last year or so I just made a conscious decision. I was missing my acting. It’s tough when you go to meet some incredible people and it’s amazing to sit with some of the people that I look up to as actors, but also I’m constantly talking to them about what they’re doing and this work. I was getting the itch again. Yeah. So it was time to kind of pullback. Uh, yeah, like last may–may of 2018–I let the contracts end that I was stuck in and I said, I want to take a gamble and get back into my acting.

DM: What sorts of things that you learned interviewing all of those actors?

OT: It was great doing the interviews because a lot of the people that I’m now working with on set, I’ve been interviewed or I’ve met before. That’s great. I also go into some of these jobs and people would say, “you nervous? You’ve got to be acting on the side of…whomever.” I don’t have any of that because I’ve spent so many years around them.

Also, just like realizing that the most memorable people are the people that are really just themselves. I mean I’ve done thousands of interviews. I understand why people obviously have guards up and stuff like that, but when you sit with someone and they’re just themselves, it’s an easier way to connect. It could be crazy. They could be quiet, or they could be funny, as long as it’s who they are.

I guess what I learned is to just be myself and be comfortable with it. Um, yeah. Embrace all the craziness, you know, embrace the good, the bad, the ugly. It’s been good–and weird. It’s like I’m now 38 years old and it’s just been an amazing time in the last year. I feel like I’m in my early twenties, again, with an excitement for life and the lessons I’ve learned on the way.

DM: You play one of the villains in Neil Marshall’s The Reckoning. How does it feel playing like that bad of a bad guy?

OT: I love it. I think that’s what I really miss about acting. I spent so long, the hosting world was great cause I got to be me. Which is fun. But I think that’s why it got a bit repetitive cause I was just being me–someone that loves to perform and create to just be someone else in moments. Acting is what I really miss. So it’s been nice because every role is just so, so different from real life.

DM: So you have a film coming out in October, The Rising Hawk.

OT: It’s a 13th century kind of pre-Ghengis Khan film. Everyone in Ukraine has this book. It’s like the equivalent of Romeo and Juliet. It’s like their, their story, which is called Zakhar Berkut. They basically made it into a movie as a U S Ukraine kinda co-production. I play Bohun. Who’s this kind of Irish killing machine.

DT: I’ve heard people describe that the only difference between a dance number and a fight scene is the number of swords. Did you feel like that a lot of that on the set?

OT: It may shock a lot of people, but I was in ballet, modern and tap for 12 years. Um, and it definitely helps because it is a sequence, you know, it’s all memory. Everything is a dance routine with a sword. I will say I found it extremely difficult, at first. I didn’t grow up, playing with the whole sword thing wasn’t kind of part of my upbringing. I just played football, soccer, that was it. So a lot of the other cast members that had been in previous movies or had some sort of experience. So for me, it was completely new.

DM: So are you going to be trying anything else new?

OT: I’ve started to project produce, which a lot of friends are telling me I was doing anyway.

OT: I always help friends out. They’d be like, “Oh, can you read the script? We need suggestions,” and I’ll be like, “Oh, I just interviewed this actor or he’s great or she’s great and I’ll put them in touch and it would go that way.” So was kind of similar to what I’m doing now, but we raise some financing and we’re funding a few projects and I’m really enjoying that side of things as well.

DT: And then what’s next in the acting department?

OT: Right now there are a couple of movies that I’m attached to. I’m just waiting for them to be greenlit and then we’ll move forward on them. One called Misdirection. It’s a great script for a thriller. The others, you know, it’s just a bit of a waiting game between projects. I’ve been very lucky to do so much in the last 14 months. So a bit of downtime right now is okay, but I could be on a plane next week. That’s the nature of it.

Interview: Laura Gómez of Orange Is The New Black