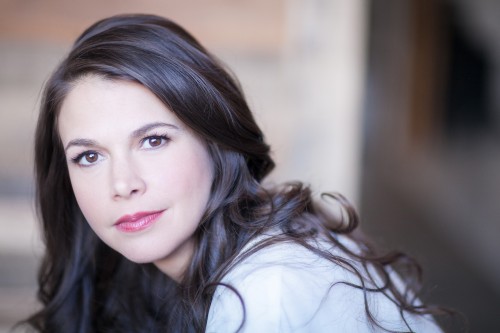 Starting March 13, The New York Pops continues its 31st season with two-time Tony Award winner Sutton Foster in her solo debut at Carnegie Hall. With music director Steven Reineke leading the orchestra, the acclaimed Broadway Star will reprise many of her award winning performances including those from “Anything Goes” and “I Get a Kick Out of You”. For the special performances, Foster will be joined by special guests Joshua Henry and Megan McGinness, singing unforgettable performances including “Let it Sing” from Violet, and “Neverland” from Peter Pan.

Sutton Foster is one of New York’s favorite Broadway stars. An award-winning actor, singer, and dancer, Foster has performed in 11 Broadway shows including “Anything Goes” and “Thoroughly Modern Millie”, most recently starring in the revival of “Violet”. Foster made her television debut at age 15 in “Star Search”, and has since featured in “Sesame Street”, “Law and Order: SVU”, and “Royal Pains”. After establishing a career as a solo artist and releasing her first CD “Wish”, Foster travelled both domestically in the US and internationally performing songs from the debut album. Additionally, Foster has graced the stages of Carnegie Hall, Feinstein’s, Lincoln Center’s American Songbook series, Joe’s Pub and many others. In 2011 she was awarded an Honorary Doctorate Degree from Ball State University, where she is currently a faculty member, contributing as a teacher and advisor to the Department of Theatre and Dance.

Music Director of The New York Pops Steven Reineke says he is looking forward to working with such a talented and well respected member of the industry.

“I am so thrilled to work with an actress who truly defines the meaning of triple threat – not only is Sutton an incredible singer; she’s also an incredible actress, and one heck of a dancer. She is so exciting to watch and listen to, and I know that she and the great New York Pops will blow us all away”, he said.

The New York Pops is the largest independent pops orchestra in the United States, and the only professional symphonic orchestra in New York City specializing in popular music. The orchestra performs an annual subscription series and birthday gala at Carnegie Hall. The New York Pops is dedicated to lifelong learning, and collaborates with public schools, community organizations, children’s hospitals and senior centers throughout the five boroughs of New York City. The orchestra’s 2014-2015 season continues on Friday, April 10, 2015, 8:00PM in Frank Sinatra’s centennial year, four of today’s finest entertainers pay tribute to America’s original idol with “Let’s Be Frank,” featuring guest artists Tony DeSare, Storm Large, Frankie Moreno, and Ryan Silverman. Interact and keep up to date with The New York Pops on their website, Facebook, Twitter, and Instagram pages.

Single tickets are priced form $34 to $120, with subscriptions to the 2014-2015 Carnegie Hall series also available from $150. Purchases can be made directly at the Carnegie Hall Box Office (57th and 7th) of by calling or by calling CarnegieCharge at 212-247-7800. Please click here to visit the website for further information.