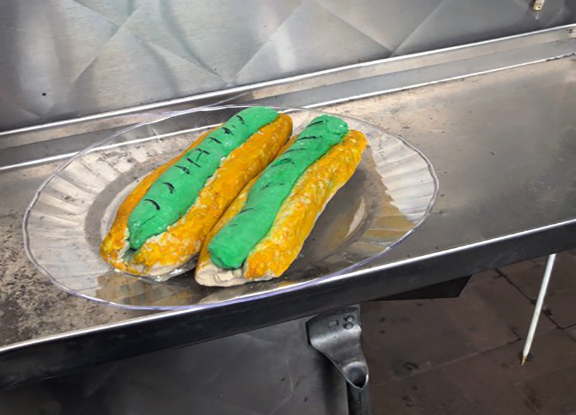 Dead and Berry’d appeared on 31st Street at an abandoned hot dog cart under the Ditmars stop this week. Its tasty “vegan/non-vegan fusion” offerings have certainly been tantalizing the block!

Green frankfurters, double-decker neon hamburgers, and frozen delights await the hungry masses at this formerly unloved street cart chained to a “No Parking” sign. The authentic artisan cuisine is skillfully handmade with indigestible Sculpey polymer, plated on eco-friendly thrift store china, and blends the finest in conceptual slaughter and foraging.

This forward-thinking chow wagon is committed to saving the environment and politely demands customers bring their own straws, on a sign plastered to the side of the cart. With all the roly-poly pigeons roaming the immediate area, and a farmer’s market across the street, Dead and Berry’d is committed to providing fresh farm-to-table squab for busy commuters.

The Dead and Berry’d logo alone is a masterpiece in graphic design: a KO’d pigeon with berries spinning over its head, invoking the spirit of the classic Rainbow Peace Dove poster of the great Milton Glaser, but with a tragic twist.

Their rustic menu, supplied by the neighboring Astoria post office Priority Mail rack, is artfully hand-drawn and calligraphed by a talented Anonymous…such a feast for each sense.

Astoria resident Hayley Bing, who spotted the new joint on her way to work, sent in these photos. She was one of the lucky few who got to sample the rare goods firsthand:

“The menu item they called ‘hotdog’ was reminiscent of the modeling clay I used to eat in art school on special occasions,” she says.

We aren’t sure what’s in those offerings or even the head chef’s true identity, but perhaps it’s best to keep this a beautiful mystery. Ditmars certainly needed a little zip in its step with all the new construction and changes happening to the beloved 31st Street promenade. And what a gamble! Food is flying off the shelves. By Thursday they’d sold out of their signature hot dogs, hamburgers and shakes, but we’re anxiously waiting for the next installation. 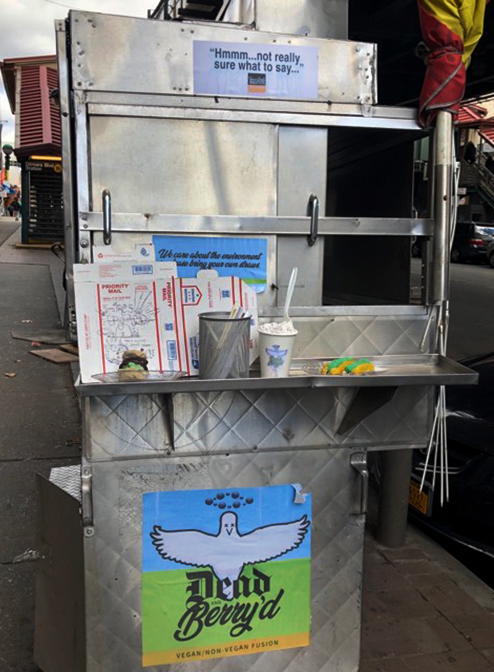 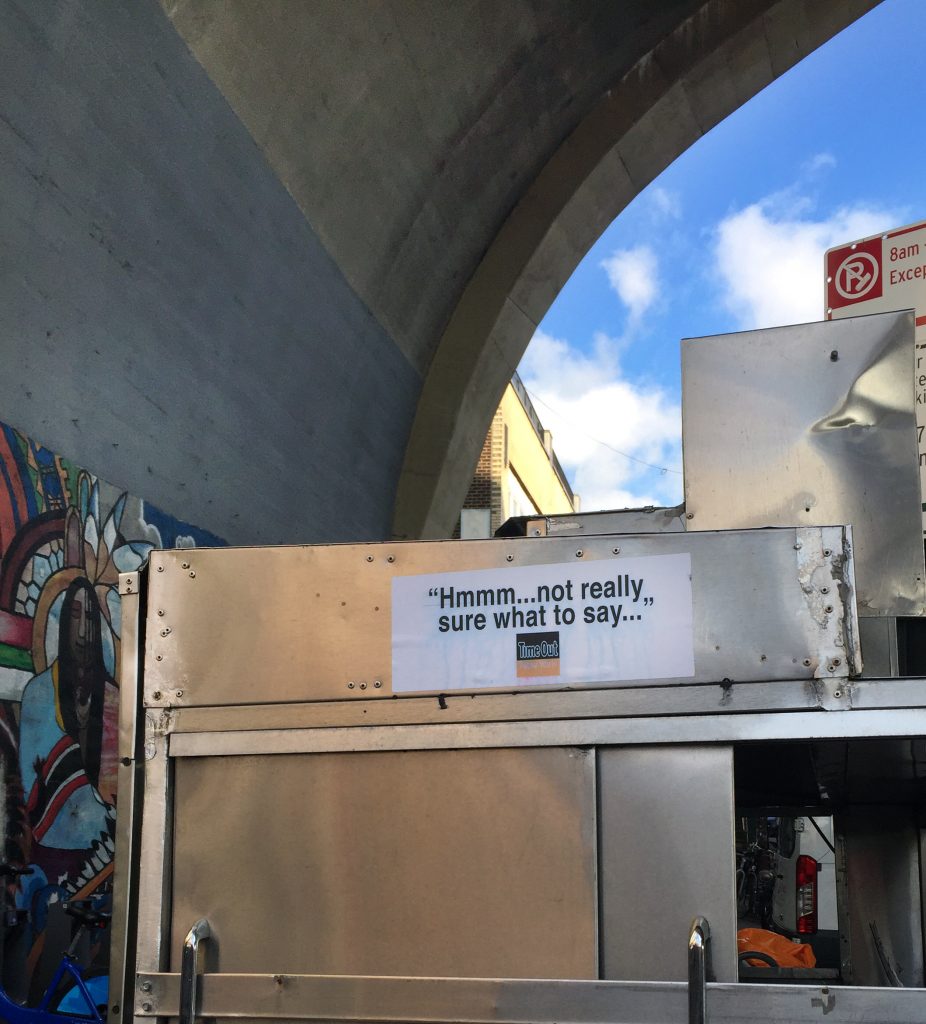 Perhaps Time Out had no idea what to say, but Downtown is ready to chow down.

Raising The Bar With Hank Fontaine