Michael Chiklis on his new album “Influence,” living in New York, and being both a musician and actor 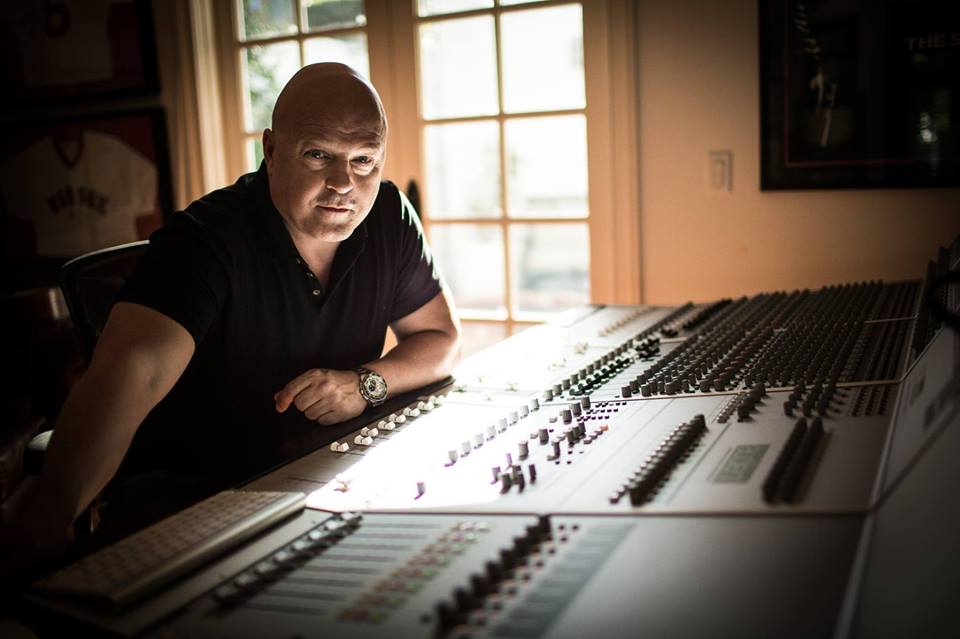 No matter the genre of film or television, few actors are as versatile as Michael Chiklis. He is the rare actor that portray both anti-hero Vic Mackey on The Shield and well-intentioned police commissoner Anthony J. Scali on The Commish in a relatable manner. Following a nine episode arc on American Horror Story: Freak Show, the Golden Globe and Primetime Emmy Award winner remains active on-screen as Captain Nathaniel Barnes on the FOX hit Gotham.

But what many people may not know about Michael Chiklis is that acting is only one of his passions. Beyond his work as an actor, producer and director, he is a singer and multi-instrumentalist that started playing gigs in the 1980s. After primarily focusing on his acting for decades, Michael finally released an album on Sept. 16. Titled Influence, the full-length features contributions from Andres Forero (Hamilton), Toto guitarist Steve Lukather, and Scott Healy, Richie “La Bamba” Rosenberg, and Jerry Vivino from Conan O’Brien’s late night band.

Michael spoke to Downtown about all facets of his career, which has included plenty of time spent in New York. Beyond his official website, www.michaelchiklis.com, Michael can be followed on Twitter via @MichaelChiklis.

I remember you talking about playing music when you had appeared on Kevin Pollak’s Chat Show, yet this album comes years after that. What inspired you to record a full-length album?

Michael Chiklis: That was right after I had recorded my first single for the film High School and marked my return to music after a 25-year hiatus. My best friend and bandmate Bob Pascarella had called me in 2010 and basically said, “Hey listen, it’s now or never. We were always great at making music together and now technology is going to allow us to do this again even though we live across the country from each other.”

Bob still lives in the Boston area, where we grew up and I live out in L.A. So we built out a studio room in my house, and the two of us recorded our first five singles back-and-forth across the country via file-sharing. Our very first single, “Make Me High,” is on the soundtrack of the film High School. Our second song we ended up performing live with the Boston Pops at the esplanade in Boston at the 4th of July spectacular on CBS! By the time we got to our fifth single as Michael Chiklis Band, we had received so much attention and so many requests to play that I realized it was time to record a proper solo album.

Your new album features some real-deal session musicians like Steve Lukather, Scott Healy and Jerry Vivino. Were these session guys friends of yours? People you’d jammed with before?

MC: Luke and I were mutual fans. I had been a fan of his since high school from his work with Toto and The Tubes and he dug The Shield. We found this out through a mutual friend who introduced us. We met and have been friends ever since. Steve’s been so supportive and amazing with my music and I’m so proud to have him on this record.

Scott and I met because our children went to high school together and were close friends. We became friends, in turn, and when I started recording my album, I asked Scott if he wanted to play on a track. He came over and banged out “Little Bit Of Funk” on his Hammond and it was so fun and went so well, the next thing you know, he ended up playing keyboards on the entire album! He also brought Jerry and the brass section in on it as well and charted the brass arrangements. I couldn’t have done this record without him.

Have you always had a home recording set-up? Or is that something that you built for this album?

MC: When I decided to record a full-length album I went all out. I went down to the NAMM show in Anaheim and loaded up. Now I have a beautiful recording studio in my home and Influence is the first product of it.

MC: Well, I love them all obviously, but I will mention two in particular. I love the first track, “The Show,” because it’s very representative of the music I write and love. Very theatrical and dynamic art-rock generation feel with real rock and roll teeth a la Queen and The Police. The other is the last song on the album, “Angel Of Mine,” because it’s an ancient Irish lullaby that my grandmother and mother used to sing to me. It’s never been recorded before and it’s just very special and close to my heart.

Is there a goal for you with Influence? Or the plan was pretty much just to make it and released it?

MC: I would love this to continue to grow. I have a lot more music inside me that needs to come out!

What do you remember about the first gig you ever played in New York City? Where was it?

MC: The first music gig I ever played in New York City was at a little dive bar in the East Village called Phebe’s. I was playing percussion and backup vocals for a friend of mine whose gig it really was. We sounded pretty good together as I recall and everyone had a good time. That was around 1986-87.

Are there plans for you to tour in support of Influence? Any idea who’ll be in your live band for that?

MC: I’m trying to put together a tour as we speak. Scheduling is the main issue but I’ve already booked the first show in L.A. for November! Just about everyone on the record is playing at that show except Lukather, who’s still on tour with Ringo [Starr] and the All-Stars. Going to be a killer show!

What’s coming up for you in the acting world? Do you have any upcoming productions via Extravaganza Films?

MC: I’m shooting season three of Gotham as we speak and it’s off the chain! My character goes through an insane transformation this year. Fans are going to love it! I have a number of original projects in development under my Extravaganza banner, one of which is a spy suspense drama for cable. Stay tuned…

MC: Having fun with my wife and kids. They’re more important than anything to me.

MC: A couple of places, actually. I lived in Park Slope for a while and I lived in Dyker Park as well. Love Brooklyn. Very happy memories for me there.

Is there anything you miss about living in New York?

MC: Well, I’m living half the year there now because Gotham shoots in New York, so no, luckily I don’t have to miss it!

MC: That’s a tough one. So many great restaurants. Let’s go with Peter Luger in Brooklyn and Rao’s.

Finally, Michael, any last words for the kids?

MC: I made this album for you! There aren’t enough rock bands out there making new music that is influenced by the bands that I grew up loving: Queen, Led Zeppelin, Rush, The Police, Van Halen…This will feel familiar but fresh and new. Now continue rocking.