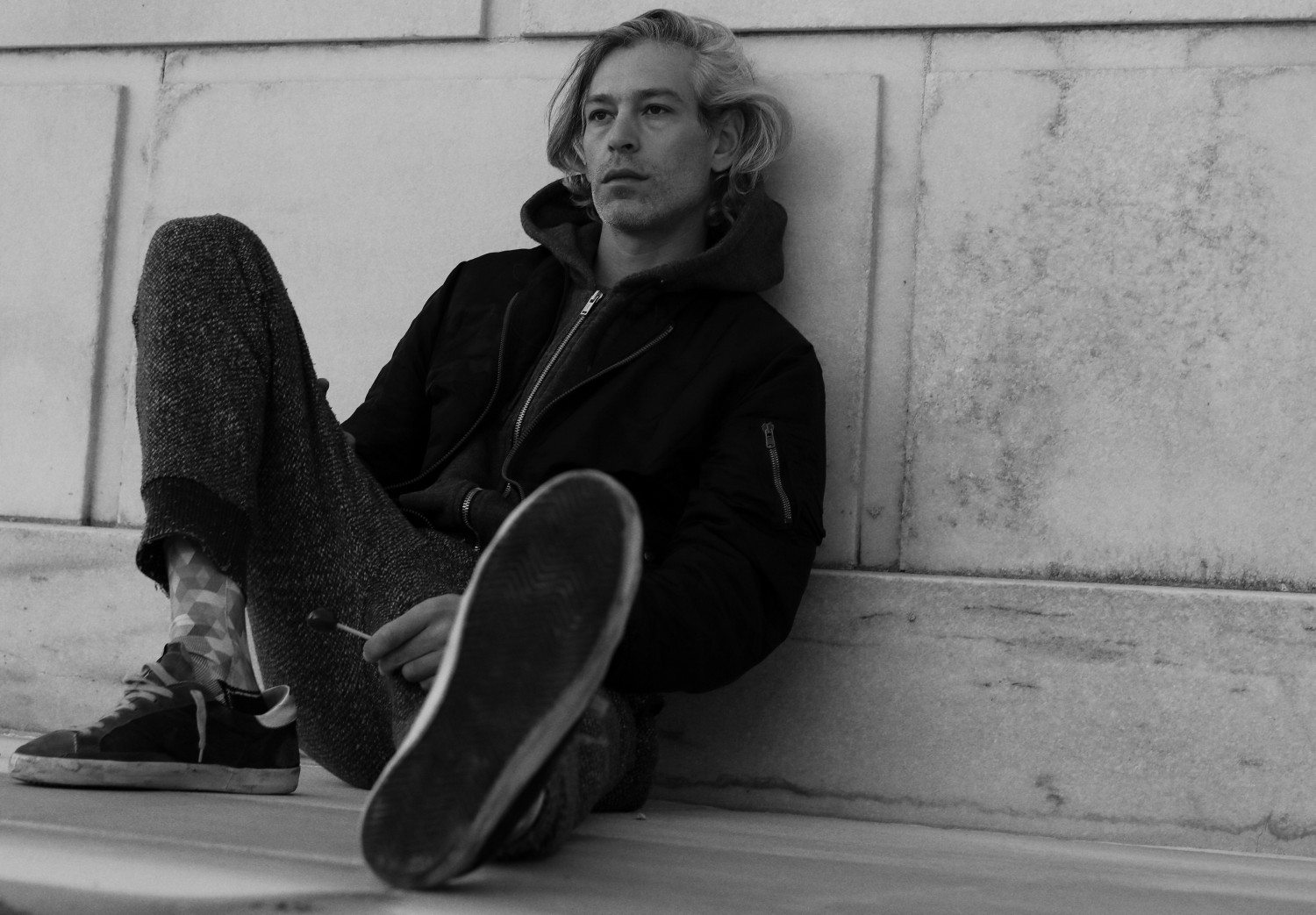 Over 10 years ago, Matisyahu experienced the joy of having his first hit single, “King Without A Crown.” Not only did “King” crack the Top 30, but its accompanying album sold over 500,000 copies within a year of release. Many critics were quick to dismiss Matisyahu as a novelty artist — the lone Hasidic Jew within the reggae world — yet things never slowed down for him. He had the unofficial theme song of the 2010 Olympics. He has toured alongside Sting, 311 and Sublime With Rome. He has collaborated with a wide array of artists, including P.O.D., The Dirty Heads, Wyclef Jean, The Crystal Method, Moon Taxi, and Avicii.

Back in November, Matisyahu released a new EP, Release The Bound. In support of that, he kicked off his annual Festival Of Light tour on Dec. 14, which included three nights at Manhattan’s City Winery. Downtown caught up with Matis for some Q&A to learn more about his past, present and future; the near-future will reportedly include a new full-length album later this year. Matisyahu can be visited online at www.matisyahuworld.com and also followed on Twitter and Facebook.

Matisyahu: That I am single. (laughs)

In putting out nine releases over the past 11 years, plus some collaborations and one-offs, you have released more music than the majority of major artists. Are you writing frequently?

M: I take opportunities to write and record in collaborations with other artists or musicians pretty much constantly. Most of my time in music though, is spent playing shows. Every two years or so I go into an intensive process of writing. For example, we came off the road in September and went immediately into writing mode. Then I spent three months writing and recording my new record to be released this spring. In a sense though, we write as a group every night when we play because If the improvisational nature of my live show. So even though we only spent three months writing and recording, we spent the better last of two years as a unit on the road creating a sound and experimenting with what the next record will feel like.

How would you describe Release The Bound to a longtime fan of yours that hasn’t heard it yet?

M: It’s a collaborative piece. Three different producers, so there are a few different vibes. It’s a typical Matisyahu melding of sounds and styles blending of genres, but it definitely leans towards a more danceable upbeat up lifting modern sound.

Do you have a favorite song on Release The Bound?

M: Don’t really have a fav. The songs are kind of like kids. Kind of love them the same for different reasons. I guess I was gonna to point to one tune it would be “Shade From The Sun.” It has a more organic sound, kind of African vibe, dancehall reggae flow.

I remember watching Jimmy Kimmel Live the night you made your TV debut. Looking back, was that an enjoyable experience?

M: YES! That was such an exciting time for me. Coming out Yeshiva and the books and the basement in Crown Heights to realizing my dreams in such a surreal way. It was also a lot of travel, and being tired, and waiting around. So it was fun and awesome and at the same time a bit of a reality check on what having a music career is made of.

For your December shows in New York, did the disco dreidel make an appearance?

M: Yes, the disco dreidel made a comeback and was in full effect at this year’s Festival Of Light tour. I love that thing. It lives in my house.

A video of you dueting with a performer in Hawaii that didn’t know it was you went viral recently. Has anything similar happened to you before?

M: Not really. I’ve heard people listening to my music before. I do love the element of surprise, though. That’s always been fun for me.

M: Well, I manage myself and have four kids under 12, so I don’t really have much free time. If the weather is good and I have a few hours free, I will most likely call up my dad and we’ll go ride motorcycles up state for a bit. Other then that, I like watching my kids play sports and expanding my consciousness.

What is your favorite restaurant in your neighborhood?

M: There is a cool Israeli cafe type place where I live. They have good coffee and it’s a nice environment. It’s called Art Cafe. But my main spot is called Gypsy Donut. Great coffee and mainly just a nice destination when I need to take a walk. Actually all the dudes that work there are in a band, and I’ve even recorded vocals for “Storm Tossed,” a song I released this summer at their studio in town.

What about a favorite restaurant in downtown Manhattan?

M: Downtown, nothing comes to mind. Guess I haven’t been out for a while. Damn.

Other than your EP, what is your favorite music release of 2016?

M: That’s a tough one. Probably the new Bon Iver and then Frank Ocean in a close second. Ooohhh, Flume Flume Flume and my favorite, probably Vince Staples and Popcaan and Jon Belion, Tycho…Lots of great music out there now.

Finally, Matis, any last words for the kids?

M: For the kids: “Stay calm, breathe deep, listen to music that makes you feel better, trust your instincts, pray for a teacher, find a friend. If you have a passion spend your time in it, if you don’t, then just enjoy the ride and emphasize with your fellow humans and the environment you live in. Put down your phone when something really awesome is happening and just breathe it all the way into your soul. It will make a greater impact than capturing it for social media. Peel off the shell and love with all your heart.”