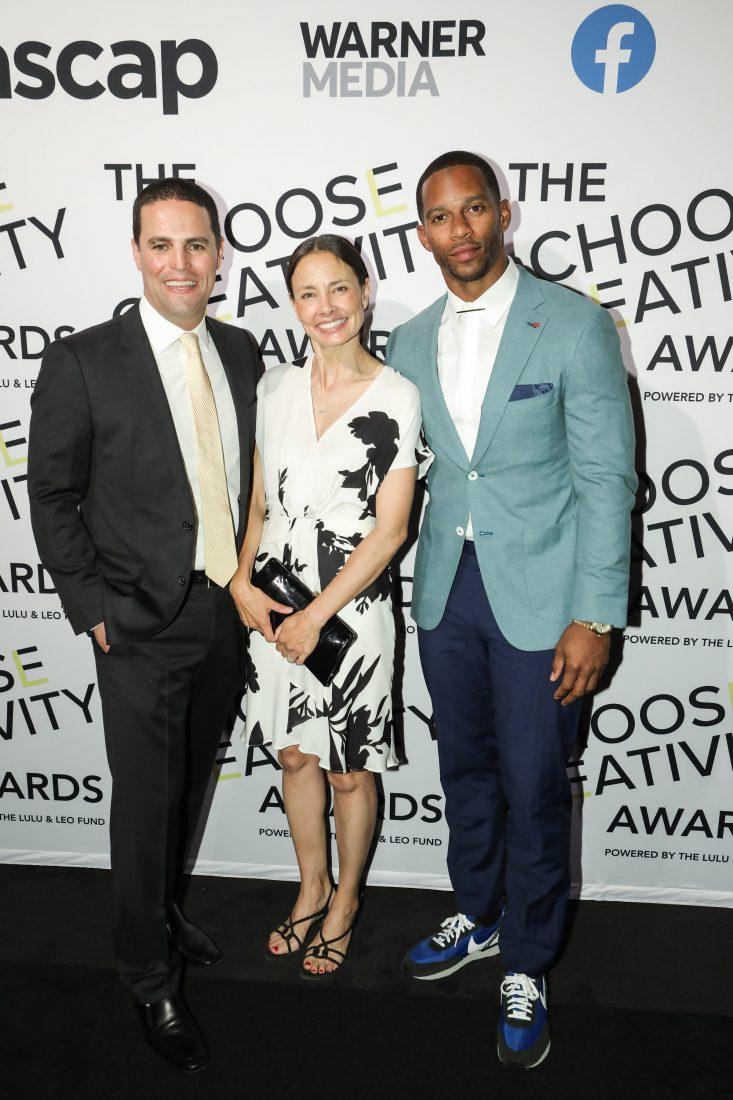 The winners came from diverse fields, part of Choose Creativity’s decision not to focus on set categories. Winners for the night included Sutan Amrull, Aka Raja Gemini, a drag queen and makeup artist; and Aimee Eubanks Davis, CEO of Braven, which supports disadvantaged youth through college and their careers.

The awards are part of The Lulu & Leo Fund a non-profit charity which helps children foster confidence and build resilience through programs centered around the Principles of Creativity. The founders, Kevin & Marina Krim, started the foundation in the wake of the tragic loss of two of their children. They credit their drive for creativity with their ability to heal. Through their program, they hope to create SuperArtists: people who “choose creativity” in every aspect of their life. “Our wish,” they say in a message to the press, “is to inspire families and individuals to use the innate creative energy within them…to bring hope and light to the world around them.”

The Choose Creativity Awards was a new venture for The Lulu & Leo Fund. Since its founding in 2012, it has focused on sharing its Choose Creativity Curriculum. They train leaders and provide supplies for applicants. So far, they have reached 400 teachers and 10,000 children. “Creativity,” Kevin said, “is not a small thing. It’s a very big umbrella that can handle a lot.”

From here, The Krims and Choose Creativity are looking forward. Kevin says that the 60-second video portraits shown for each winner will likely continue. “We think there’s a lot more to be told in terms of the stories of these awardees…we think there’s a real series of mini-documentaries eventually about the backgrounds of these folks.” He also says that he’s looking forward towards next year’s winners. There were nearly 100 nominees this year, and next year will likely have more.

In the end, however, the focus is on children and the continuation of the program. According to Krim, Choose Creativity hopes to continue to expand until their program is in the hands of every kid and every parent and every educator in America. As “Inventive Music” award winner John Zorn said in his acceptance speech, “Children are the future. They’re our future. And they need our support.”