Kevin Kerslake on his DJ AM doc “As I AM” coming to Village East Cinema on May 27, “Wizard Of Oz” and more 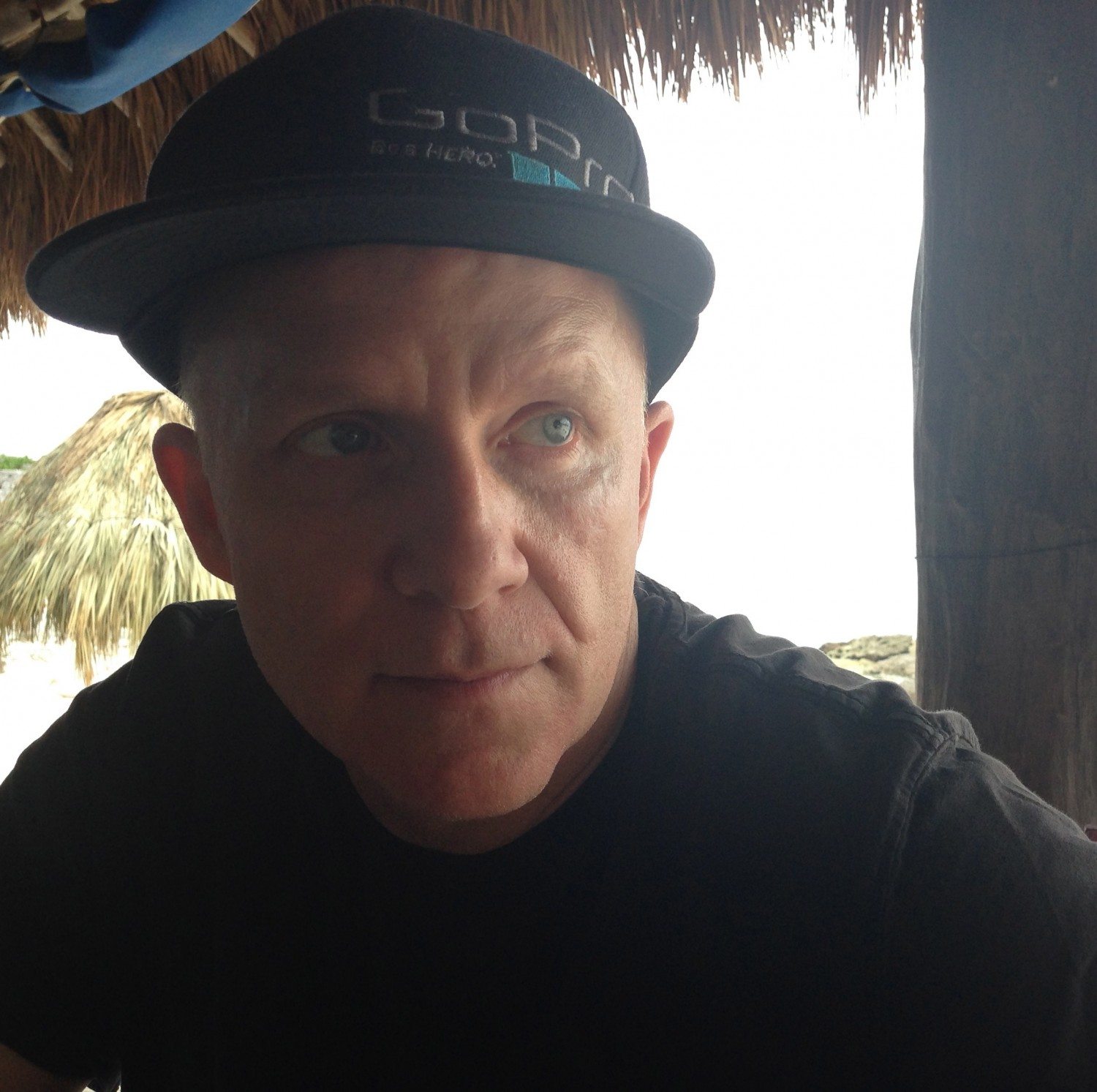 If you are big fan of music, you have undoubtedly seen the work of Kevin Kerslake many times. As one of the top music video directors of the past two decades, he directed iconic videos by Nirvana (“Lithium,” “In Bloom,” “Come As You Are”), Red Hot Chili Peppers (“Soul To Squeeze”), Stone Temple Pilots (“Vasoline,” “Interstate Love Song”), and Bon Jovi (“Make A Memory”), to name a few of the key artists on his CV. He has also been responsible for key concert videos (e.g. Avicii, Pearl Jam, The Ramones), documentaries and TV segments (e.g. Bob Marley, Beyoncé, Academy Awards), and commercials (e.g. Apolo Ohno for Coca-Cola, Venus Williams for Puma, Jeff Goldblum for AT&T). Beyond video, Kevin has also established himself as a well-regarded photographer, with subjects including David Bowie, James Cameron, Quentin Tarantino, and supermodel Ana Beatriz Barros.

Kevin’s latest project is As I AM: The Life And Time$ Of DJ AM, a documentary he directed on Adam Michael Goldstein, better known as DJ AM. As I AM features interviews with Mark Ronson, Steve Aoki, A-Trak, Mix Master Mike, Diplo, DJ Jazzy Jeff, Jon Favreau and Dr. Drew Pinsky — to name a few of the participants – and features a lot of previously-unreleased footage and photos from the legendary DJ. While it is a doc largely about Adam’s career as a DJ, and how he changed that world, the film also explores how he changed the lives of so many people around him. As I AM opens at the Village East Cinema on May 27. The film was tied in with a corresponding Indieagogo campaign, which benefitted the chosen charity for the DJ AM Memorial Fund, MusiCares, and gave everyday folks the chance to own a lot of Adam’s rare belongings.

Aside from As I AM and his aforementioned gigs as a director, Kevin is also currently working on an adaptation of The Wizard Of Oz with Warner Bros. New digital unit, Blue Ribbon. Kevin briefly spoke about that within our Q&A. He can be followed on Twitter via @KevinKerslake, while updates on his film can be tracked via @DJAMDoc or www.djamdoc.com.

How did you first meet DJ AM?

Kevin Kerslake: I caught AM early on, beginning at a friend’s birthday party in 2000, where he was playing in the garage, and at an early residency in L.A. at Las Palmas. It wasn’t until Halloween in 2008 that I saw him again, when I was shooting HARD Haunted Mansion. This was right after he survived the plane crash with Travis Barker, and AM came dressed as Thomas Bangalter of Daft Punk.

I accidentally –- on purpose –- pulled the plug out on the first song in his set, just to fuck with him. I was doing all the video for HARD Events and Insomniac throughout those years, and we crossed paths again backstage at Electric Daisy Carnival in 2009 and finally at HARD Summer, while the riot squad was clearing out the Forum, which had turned into a melee, of sorts. I dedicated The Electric Daisy Carnival Experience to AM’s memory, because the film featured one of his last big performances, at the L.A. Coliseum.

What was the most difficult part of making this film? Was it your emotional connection? Was it clearing all of the footage and recordings?

KK: As I AM checked all the standard independent film boxes: undermanned, underfunded, maxed out all the credit cards…but this film was particularly grueling. Although AM’s rapid-fire mixing posed certain licensing problems, and we dealt with a staggering amount of visual material, I looked at those both as virtues, which offered up all sorts of unique creative opportunities, especially because I wanted the edit to mirror AM’s fractured and hyper-kinetic style.

The difficulty resided mostly in the emotional realm. AM had a huge impact on people, and his loss left a big hole that is still felt to this day. I encountered an enormous amount of grief and anguish, which testifies to just how special he was. As a filmmaker, it’s my duty to honor that, of course. So while every day we went to work was a celebration of AM’s life, there was also an undeniable undercurrent of tragedy, as though we attended his funeral every single day…for years. Throw in some greed and unrelenting egos — this is Hollywood, after all — and that shit will fuck you right up.

Were there people you’d wanted to interview for the film but weren’t able to due to logistics?

KK: I had access to a lot of autobiographical material, like speeches, interviews and appearances, so As I AM is largely told from the inside out –- DJ AM in his own words. Thus, one of several meanings behind the title. Where I needed to rely on other accounts, because I had adopted a style where two or three people told one story and finished each other’s sentences, I wasn’t burdened by the necessity of having one particular person tell a story or not have that story at all. That said, my interview list was fairly-extensive, with over 100 on-camera interviews and dozens more off-camera. At one point, I’d like to release extended versions of those interviews as bonus features.

Is there anything you wish more people knew about DJ AM?

KK: As I AM is about a lot more than someone who just spun records, because AM was a lot more than just a DJ. He had the talent, drive and charisma to be the best at his craft, but his life was a perfect storm of other monumental forces coming together, as well. He was an avatar not only with regard to music, but in harnessing the power of technology to move pop culture in the Digital Age. Plus, he had a huge heart, helped a ton of people and had his foot to the floor his entire life. All this in a package that was deeply-flawed, and you have a tragedy of Shakespearean proportions.

DJ AM arguably first become known while a member of Crazy Town, but I wasn’t understand the impression that he was a metal guy. Any idea why he joined that band? Was he friends with the members of the band from being a DJ?

KK: Shifty [Shellshock] and AM were old friends and even roommates at one point, so it was a pretty natural fit. AM brought a hip-hop element to the band, but he loved every type of genre. Not sure if he ever owned a can of Aqua Net, however.

Are there still unreleased recordings with DJ AM’s work that may still come out one day?

KK: There are hundreds of mixes on his laptops that I hope will see the light of day before all those songs go into public domain…in the year 2999. Unless some record executive has the balls to put them out earlier. Yes, that’s a challenge.

What’s ahead for you as a director? Are you still working on an adaptation of The Wizard Of Oz?

KK: We’re in script phase, with plans to shoot late summer. Dorothy is in for a big surprise.

You directed so many iconic music videos, and are undoubtedly one of the top music video directors of all time. Is there a particular video of yours that you’re most proud of?

KK: Thanks for that compliment! That changes daily for me, but Rise Against’s “Ready To Fall” is the one that sticks out right now. A call to arms about living in harmony with other creatures. I can only guess why that one resonates at this moment.

What was your paid gig as a director?

At what point did you realize the importance of directing more than music videos?

KK: I’ve been fairly-promiscuous with styles and formats throughout my career, so doing docs and commercials all along the way, as well as dramatic work and still photography, took the heat off music videos and let me appreciate them for what they are: video jam sessions.

When you’re not busy as a director, how do you like to spend your free time?

KK: I love to spend time with my wife and dogs. We’re a traveling band.

Finally, Kevin, any last words for the kids?