Jimmy And The Band Brings Sex and Motivation To Bowery Electric 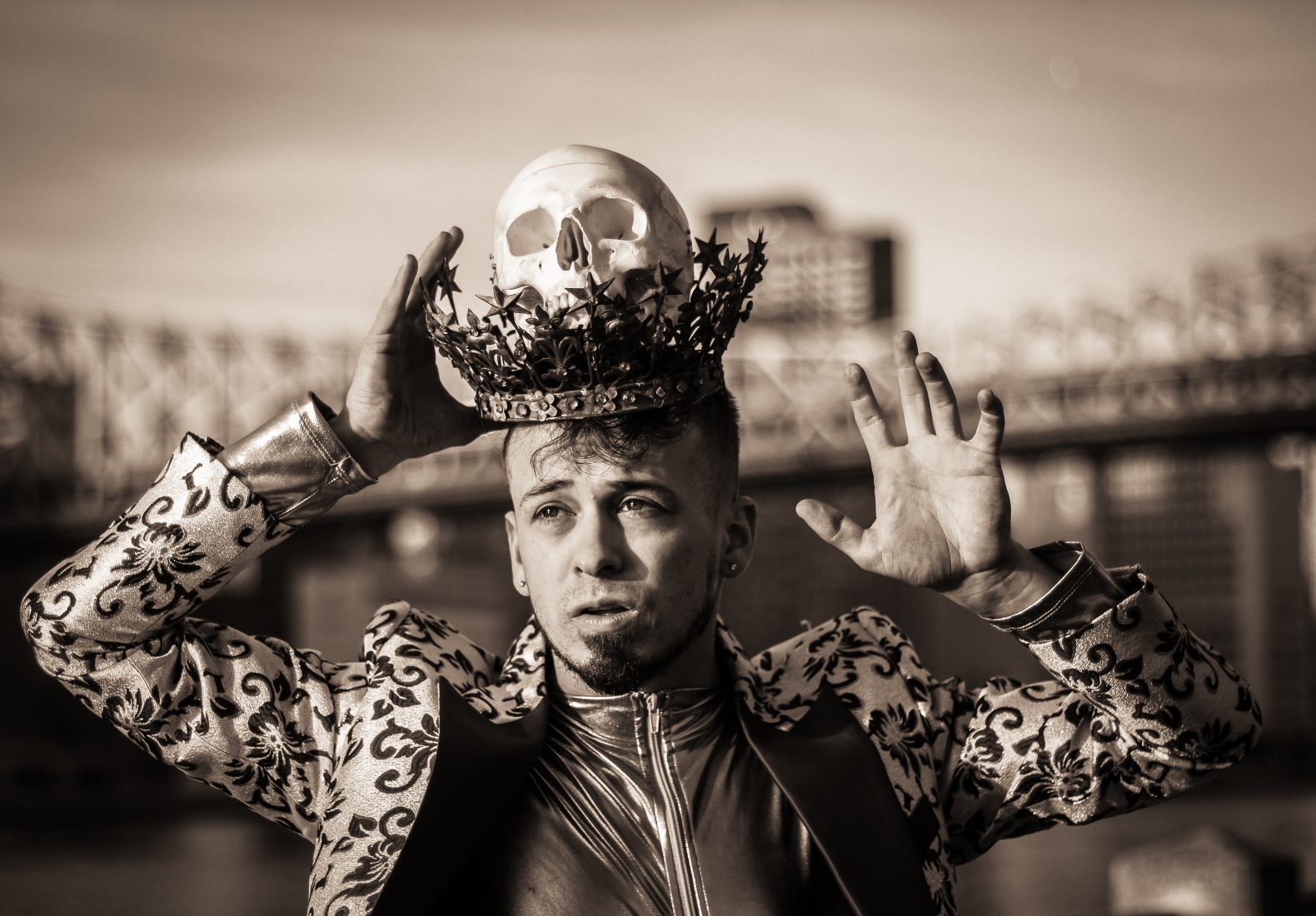 The final act of the night at Bowery Electric opens with a Greek chorus, asking the crowd what art means to them. Suddenly two statuesque dancers in mesh shirts and hot pants part the crowd, breaking out in supercharged dancing to Jimmy and The Band’s new single, Sex and Motivation. The audience eats it up.

Jimmy Dudding, the electrifying frontman for Jimmy and the Band, has been stunning Lower Manhattan crowds with explosive performances at Bowery Electric, Coney Island Baby, Pianos, and City Winery.

“I love to put together a whole experience,” Dudding said in a phone interview. “A lot of people can’t afford a $150 Broadway ticket, so I like to bring some of that magic to my gigs.”

A JATB show is more of a rock n’ roll cabaret production than your average bar gig. The band incorporates choreography, acting, headbanging, props, and garish outfits.  The band’s sound takes inspiration from a multitude of sources: Queen, Flaming Lips, Depeche Mode, Lady Gaga, Madonna, NIN, and David Bowie. Although the band still operates on a tight budget and is completely DIY, the experience is always great fun to the audience.

The stage is, quite literally, Jimmy Dudding’s playground; he treats every show like a hyper kid unleashed at recess. He’s already done onstage backflips and improvised belly dancing with an audience member. He will climb on equipment, perch on top of bar stools, and rip off half his clothes onstage. Iggy Pop meets John Cameron Mitchell.

Dudding’s background as a classically trained pianist can be heard in his vivacious keyboard playing. He also studied voice, contemporary dance, and acting, bringing these talents onstage. His magnetic persona stirs up audience members to actively participate in the show. Community continues to be very important to him.

“I was raised by my grandparents in a nondenominational Christian community. When I came out nine years ago, and faced the subsequent circumstances, I had a lot of soul-searching to do. I found a new home in the local art community. I derive a lot of inspiration from my spirituality, although I do not belong to any organized religion.”

Jimmy Dudding hopes to ramp up the shows’ excitement as they continue, reinvesting the band’s income into live shows and recording. He stresses the importance of supporting and representing the local community in larger venues.

“We see people dancing, shouting, jumping up and down, hugging, kissing, awestruck, filled with joy. We want to inspire children across the globe to identify with their uniqueness, to be leaders of their destiny, to feel loved and spread the love. Of course, it all starts here in New York!”

Indeed it does. The new single, Sex and Motivation, dropped on 20 September. Time to boogie!