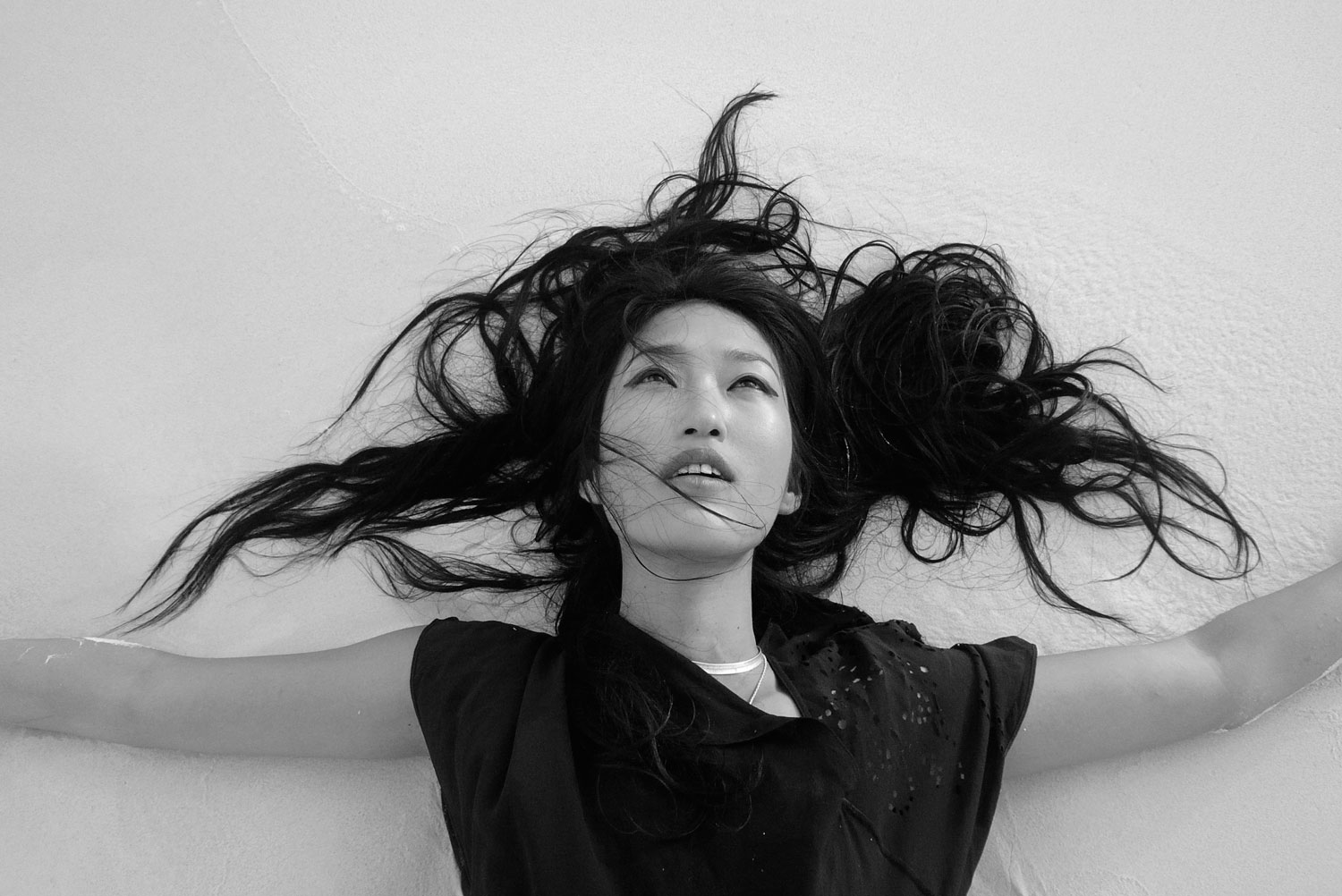 When I first learned about JiHAE, I was shocked, to say the least. Here was an artist with A-List collaborators, who had turned down major label deals, and who had an acclaimed back catalog of releases…and I had no idea who she was.

Fortunately, I had the opportunity to talk with JiHAE shortly after learning about her upcoming appearance at The Highline Ballroom (431 West 16th Street) on May 27th, which precedes the June 5th release of her “Illusion Of You” album.

JiHAE, a New York transplant by the way of Korea, has been referred to as possessing the “downtown cool from Lou Reed to Deborah Harry to the Strokes, all in one.” The Eurythmics’ Dave Stewart has been a mentor of sorts, producing her forthcoming full-length, while “The Walking Dead” star (and recent Downtown interview subject) Norman Reedus co-stars in her video for “It Just Feels.”

When the average New Yorker thinks of Korean music, they probably first think of Psy or a girl group like Wonder Girls.  Aside from yourself, who are some of the Korean artists that a person with great taste should be listening to?

JiHAE: I’m one of those New Yorkers and so not current on any Korean pop culture at all. I’m sure plenty of great Korean artists exist, but any road between classical and K-Pop are not well-paved. It’s such an unbeaten path so it’s hard to know about it.

What inspired your move to New York?  And given that there’s a song called “Leaving NYC” on your album, what is it that keeps you in New York?

J: I came here for love. My first love inspired me to move here.  What keeps me here is my big mystery in life, but I’ll tell you, two of my favorite things in New York are the people and the food.

Your video for “It Just Feels” features Norman Reedus, who is one of the most famous actors on television at the moment.  What is the most surprising thing you learned about Norman from your video shoot?

J: Norman has a tattoo of his full name across his chest. I asked him why he has his own name tattooed on his body.  He said his dad had the same name, he passed away when Norman was in his teens.  My heart sank for him at that moment.

How did you first encounter Dave Stewart?

J: We met via email through a mutual friend who sent him my music.  When Dave and I first arranged to meet in-person, it was with Mick Jagger in New York at their Superheavy launch. That was one rock and roll evening.

Having written “Illusion Of You” with both Leonard Cohen and Dave, how does a collaborative songwriting process like that compare to how you usually write a song?

J: “It Just Feels” was initially a poem Leonard and Dave had written together in the 90s.  Dave sent me the poem one day saying, “I think you can do this justice.” I wrote the music to it the next day when my mind defrosted from the shock.  Many months later, Dave forwarded me his email correspondence with Leonard where they both thought the song was amazing and agreed to give me co-writing credit. My usual writing process is not so much different. I pick up my acoustic guitar and play around until one melody and/or phrase propels the next line and the next, up to a full beautiful body of a song.

Given the collaborations you have done over the years with Leonard, Dave, Lenny Kravitz and Michel Gondry, all incredible artists, is there anyone you are still hoping to collaborate with musically?

J: I’m excited to be collaborating with Elliot Goldenthal, who I consider one of the greatest composers of our time. I’m not sure what we’ll work on but it’s certainly brewing.  There are plenty of artists I’d love to collaborate with…Ennio Morreconne, Nick Cave, David Bowie, Sigur Ros, Thom Yorke, Trent Reznor, Nicholas Jar, Thurston Moore, Jack White, Gesaffelstein…

Years ago, you had development deals with Atlantic Records and London Records, but opted to proceed as an independent artist.  What would it take for you to consider signing with a major label?

J: If there’s a major label that doesn’t take the artist’s copyright and 88% commission before adding expenses on top, that’s not going to doll you up into a product already proven to sell, but wants to nurture artists who care about innovative sound, poetry, songs that can move and shake souls, and allow you to be your authentic self…If a major label like this existed, then I’d be thrilled to throw away my rusty business hat, surrender all the B.S. and just make music, create art, and films in pure bliss.

For people attending your show at the Highline Ballroom who haven’t seen you live before, what should they expect?

J: Expect an immersive and dynamic musical/visual experience that will stay with you.

Finally, JiHAE, any last words for the kids?

J: Don’t drink the Kool-Aid, drink wheatgrass.  Find your truth, then believe it as if your life depends on it and the rest will follow.