Interview: Laura Gómez of Orange Is The New Black 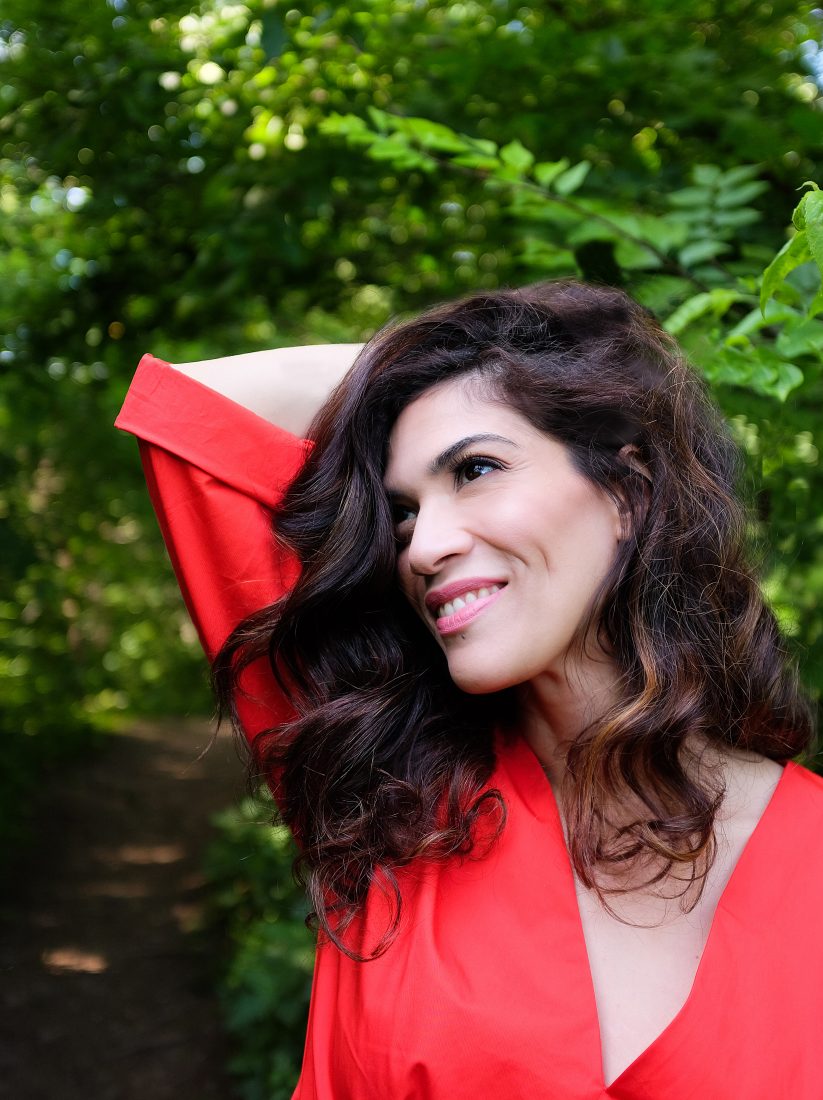 Actress Laura Gómez talks about her career, what’s next, and the art of bringing OITNB’s Blanca Flores to life for seven seasons.

For seven years, Laura Gómez transformed herself into the character of Blanca Flores on the hit show Orange Is the New Black. Blanca began the show as (so it appeared) a satanic bogart haunting the only stall in the prison with a working lock. Through Gómez’s empathetic performance, we watched as Blanca revealed the beautiful and tragic love story buried beneath her first impressions. A story finally concluded at the end of OITNB’s seventh season.

Netflix’s Orange Is the New Black may have introduced many viewers to Gómez, but it was far from the start of her career. She began acting in her native Dominican Republic, though she went to school for advertising. At 21, she moved to NYC to pursue acting as a career. She found a home with the Spanish Repertory Theater, participating in award-winning plays. From there, she branching out into television and movie work, as well as voiceovers. Fans may have seen her in the movie Exposed, opposite Keanu Reeves, in her recurring role in as Selena Cruz in Law & Order: SVU, or on HBO’s limited series Show Me A Hero.

1. How do you feel about how the show left Blanca at the end of season  7? Very satisfied to be honest. Blanca’s storyline in season 7 was very difficult to inhabit and to watch, because it’s such a close depiction of today’s sad reality in the United States. I believe it was somewhat necessary to give the audience some sort of comfort and relief at the end of a very hard season, and Blanca and Diablo’s unconventional love story provided precisely that.

2. What do you think (or hope) will happen to Blanca after the show ends? I hope she and Diablo live happily ever after.

3. How does it feel to leave Blanca Flores behind? I loved playing this character and her evolution on the show, but acting is one of those professions where you get used to things ending and new chapters beginning, whether it’s a play, at the show, or a movie. We actually had a pretty long run and I feel very grateful for it, but I’m also ready to move on onto a new horizon.

4. What have you learned during your seven years on the set of OITNB? I’ve learned a lot more than I already knew about our broken prison system. OITNB is a show that educated us all about difficult topics, bringing important conversations to the table. On season 7, we are exposing harsh realities about immigration and detention centers, and even though I’m well informed about the subject, there were new things I learned through Blanca and new character Karla’s stories. Plus, working with such amazing cast and writers, I definitely grew as an actor,

5. Was it a coincidence that Blanca was from Santo Domingo, or was that written in to match your life? It was described like that from the get-go. I brought my all to the audition and got the part that happened to fit me like a glove.

6. What is an important issue that you believe OITNB covered well during its run? Oh well, pretty much all of it, from the privatization of prisons to white privilege to Black Lives Matter to transgender issues (remember the beautiful backstory of Sophia -Laverne Cox’ character- on Season 1?) to opioids epidemic to the whole immigration issue around ICE on season 7. Not to mention the fact that it is a show created by a woman with a strong female presence all around. Meaning, it covered that in terms of a male-dominated industry.

7. What is an important issue that you wish OITNB addressed more, or better? I think we did pretty good overall, all things considered.

8. What is next for you? I just came back from shooting a film back in the Dominican Republic called Sunshine which will hit the festival circuit sometime next year, and right now I’m in the complex process of auditioning for new things. Not something that I can control, so in the meantime, I’m very focused on developing two screenplays -short and feature film- both based on plays that I wrote, which I also plan to direct.