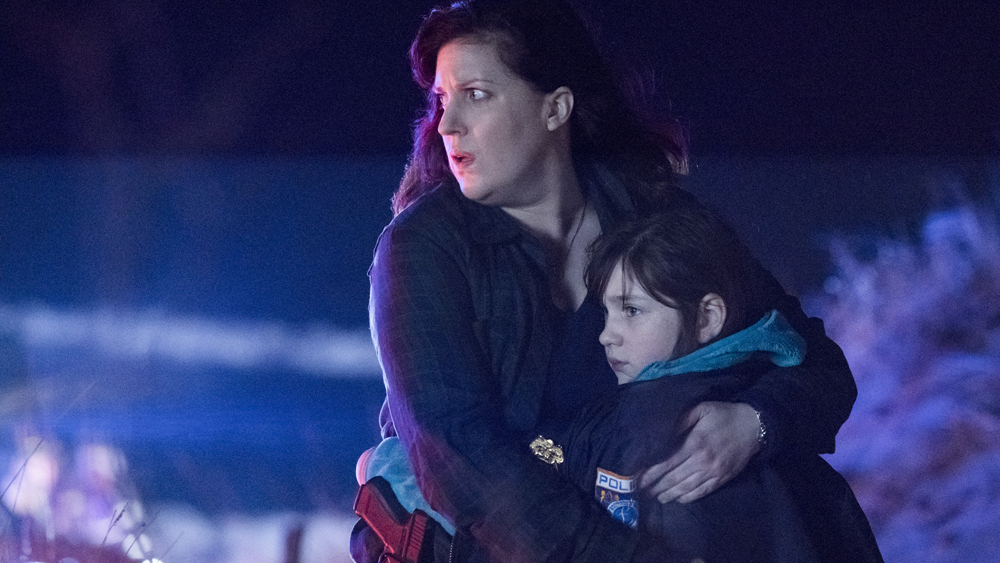 Emergence is a new ABC show about a mysterious young girl. It’s also a supernatural sci-fi mystery thriller. Police officer Jo Evans (Allison Tolman) finds her at the site of a plane crash, untouched and unharmed. The girl, Piper, has no memory and no known identity, but she seems drawn to Evans. Plots thicken when a suspicious couple tries to claim the girl, who appears to have hidden powers. Who is she? What is her secret? That’s Emergence.

That’s also Alexa Swinton, the young actress who plays Piper. I mean, we know where she came from and–to my knowledge–isn’t being pursued by shadowy organizations. But, for a child, she seems to have hidden powers. In addition to acting, she’s a singer and a writer. Her first album is due to come out in January 2020, though you can hear her sing online. She’s also working on a book with her mom, “The Life of Skylie.” When she’s not doing that, she’s coding original computer games. At least one of those has gotten several thousand views.

Swinton has been acting in film, television, and theater since the age of 1. Her first tv role was on the show Mythos in 2012. Before Emergence, her biggest credit was for her role in Billions as the daughter of the Attorney General of New York. She’s “uber excited” about her new role. “I can’t contain my feelings,” she tells Downtown, “(Piper is) totally a main character. I mean, she’s on the poster.”

Acting must be in the Swinton blood. Yes, she’s distantly related to Tilda Swinton, but her mother, Inna Swinton, is also an actor. So are her siblings, Maxim and Ava. The three kids have their own website, a collection of performances and accolades for the trio marking them as “Three Creators and Performers.”

Alexa Swinton is one of the youngest actors on the set of Emergence, but she’s having no trouble keeping up. She’s a big sci-fi and mystery fan and loves every aspect of playing Piper. “It’s always fun to play a really smart character,” she tells Downtown. “It’s so so cool that she doesn’t remember her past.”

Check out Alexa Swinton and the rest of the cast of Emergence, ABC’s new supernatural sci-fi mystery thriller, tonight at 10 pm/9c.