Gillian McCain & Legs McNeil talk the 20th Anniversary of “Please Kill Me: The Uncensored History of Punk” and much more 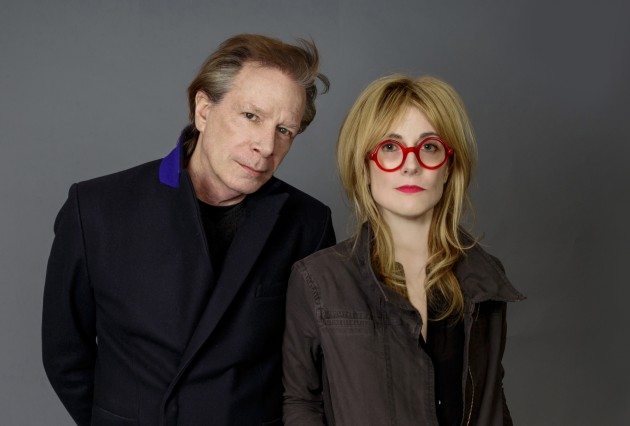 As authors of Please Kill Me: The Uncensored Oral History Of Punk, Gillian McCain and Legs McNeil influenced a lot of people on several levels. Now regarded as the best-selling book on punk rock of all time, Please Kill Me first and foremost described what the heyday of the New York City punk scene was like as according to people that were around it. It cleared up myths about key players in the scene, and also helped readers pick up on some of the era’s underappreciated characters. On a commercial level, the book went on to be published in 12 languages and undoubtedly popularized the oral history format. Time Out and the Daily News were among the book’s early champions.

Now 20 years since Please Kill Me first hit shelves, a 20th anniversary edition of the book was recently released by Grove Press. The new edition of the book has more photos, interviews and a new afterword. In turn, a fan of the original oral history would be justified in checking out this re-issue.

Prior to their press tour — which included stops at six Ace Hotel locations — both Gillian and Legs spoke to Downtown about Please Kill Me, New York City, and punk in general. The two are currently at work on a new book about the California music and counterculture scenes of the 1960’s. Legs is on Twitter as @Legs__McNeil, while the Punk Magazine co-founder still contributes regularly to Vice. More about Gillian, who started the still-existing Friday Night Series of the Poetry Project at St. Marks Church, can be found on the book’s official website: www.pleasekillme.com.

For someone who owned the original version of the book, how is this new edition different?

Legs McNeil: It’s got more voices that we did not have before.

Gillian McCain: 40 new photographs and a new afterword by the author about the art of the narrative oral history.

Did you have to read back your original book when working on the additional content? How much of it was fresh in your mind?

LM: Of course. Well, since we did countless number of edits, I think it’s permanently-embedded in our brains. And in case we forget, someone is always quoting from the book in some article.

GM: It’s never not been fresh in my mind. I’ve got it pretty much memorized.

Given the time that’s passed since the original release of Please Kill Me, do any parts of the original book make cringe? Or make you proud?

LM: Nothing in the book makes me cringe, except for the parts that are supposed to make one cringe.

GM: All of it makes me proud.

Your book is generally thought of as the end-all, be-all of New York-related punk rock’s early days. Do you feel that there are any misconceptions about Please Kill Me?

Has your definition of “punk” changed since writing the first edition of the book?

The book is very New York-centric, yet most of that New York featured seems to be gone. To you, is that entirely a bad thing?

LM: Things change, I’m glad we captured a piece of that old New York before it disappeared.

Do you remember where you were when you first found out that CBGB was going to become a John Varvatos store?

– What was the best show you ever saw at CBGB?

And what was the best concert you’ve attended within the past year?

GM: False Heads at The Roundhouse in London.

Is there punk music from the modern era that you enjoy?

These days, what is your favorite venue to see live music at in New York City?

LM: The new clubs are not like the old ones.

GM: Anywhere you can sit, and see the stage.

Music aside, where do you like to hang out downtown? Any particular restaurants that are a favorite?

LM: Yeah, a French joint in the West Village.

GM: Actually my favorite restaurant is on the Upper East Side — Serendipity 3, originator of frozen hot chocolate.

Do you have another book or any other projects in the works that you can talk about?

LM: Yes, but cannot talk about it.

GM: Life isn’t on a screen.