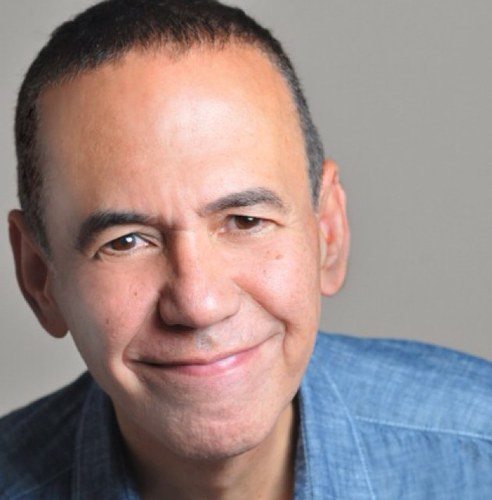 As one of the most recognizable comics out there, Gilbert Gottfried has reinvented himself plenty of times. After years of doing stand-up, he first went national as a cast member of Saturday Night Live in the early 1980s. That decade also found him appearing on Alan Thicke talk show Thicke Of The Night, co-hosting the USA Network’s Up All Night, and making cameos on various MTV programming. Gilbert never stopped doing stand-up, even after his movie career took off via appearances in Beverly Hills Cop II and the Problem Child movie series. Meanwhile, he has worked extensively as a voiceover artist, providing voices for everything from Aladdin and Ren & Stimpy to commercial campaigns for Aflac and Pop-Tarts. The 2000s also have brought a lot of reality TV appearances for Gilbert (e.g. Celebrity Apprentice, Rachael vs. Guy: Celebrity Cook-Off, Celebrity Wife Swap).

Within the past few years, Gilbert has reinvented himself as a podcaster, co-hosting Gilbert Gottfried’s Amazing Colossal Podcast with Frank Santopadre. His award-winning podcast was voted “Best Podcast” by The Village Voice last year and is a current nominee for “Best Comedy Podcast” with this year’s Podcast Awards. The series pumps out at least one episode per week and has included notable guests like Micky Dolenz, Illeana Douglas, Dick Van Dyke, George Takei, and Jim Gaffigan. The show is produced by his very-patient wife Dara.

On the stand-up end, Gilbert has upcoming area shows currently scheduled for this month and December. On Jul. 16, he will performing on Long Island at Bohemia’s Governors McGuire’s. On the eve of Halloween, he will be at Governors’ Levittown location on Oct. 15. A few months after that, Gilbert returns to Caroline’s On Broadway in Manhattan with appearances on Dec. 23 and 24.

Gilbert can also be seen on the screen plenty in 2016 with a number of film appearances confirmed. He plays a big role in Life, Animated, which came out on Jul. 1. He is featured in Can We Take A Joke?, a documentary about political correctness and its unfortunate role in comedy. Gilbert is also reportedly the subject of a documentary of his own.

Downtown caught up with Gilbert, a long-time downtown Manhattan resident, about his multi-faceted career. As he noted within our Q&A, he can be followed via www.gilbertgottfried.com, and can also be followed on Twitter via @RealGilbert.

You’re one of the most recognizable and original stand-up comics of all time, without a doubt, yet you’ve never had a trademark bit or a catchphrase. Did you have a signature in your early days as a comic?

Gilbert Gottfried: I had three: “I’m a wild and crazy guy,” “Nano nano” and “I don’t get no respect.”

What was the last impression you made the effort to learn how to do?

As a person that’s made a living off of speaking, do you ever do vocal warm-ups? Or have any techniques for protecting your voice?

GG: I have an opera teacher at The Met.

Prior to launching your podcast, not a lot was known about Gilbert Gottfried off-stage. Do you have any regrets about volunteering so much about your personal life?

GG: How do you know any of it is true?

Your podcast has shown you to be an absolute savant not only with impressions but also trivia. Has the popularity of the podcast prompted more people to start talking to you about old Hollywood?

When was it that you first knew that the podcast was respected and enjoyed by a lot of people? Was it when you were recognized by the Village Voice with an award?

GG: I can’t figure out the awards and the numbers. I’m not really sure. I just know a lot of people seem to enjoy it.

The idea of you recording of a whole album as a singer has come up on the podcast many times. What would it take for that to happen?

GG: Hand me a check.

I’ve heard that a documentary is being made about you. Is that still being filmed? Is it in post-production?

GG: It’s still being filmed. But, my life was pretty boring, so they’re going to add in scenes of Syrian refugees.

Speaking of documentaries, you play an integral role in the documentary about Owen Suskind story, known as Life, Animated. That was one of the first times you’ve been publicly associated with goodwill, as opposed to your recurring segments on Howard Stern. Was this one of your prouder moments as a performer?

GG: I’m not usually known for my good causes, in fact, sometimes I steal coins from the homeless as well as half-eaten sandwiches. But the Owen story and Life, Animated is something that I’m shockingly proud of.

Your episode of Celebrity Wife Swap made a lot of people very happy. Did it change your relationship with Alan Thicke in any way?

GG: Ever since the wife swap, I’ve wound up having sex with Alan Thicke every week.

Anything coming up for you besides the podcast, stand-up gigs, and the aforementioned documentary that we ought to know about?

Finally, Gilbert, any last words for the kids? 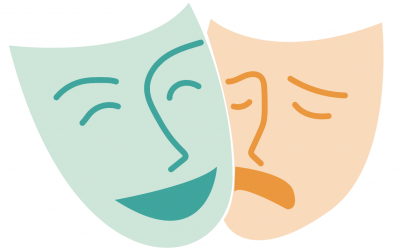