Get Ready for a Taste of Tribeca 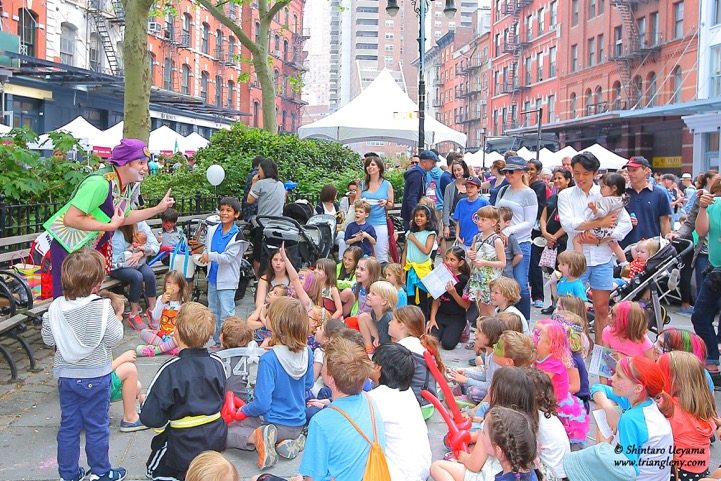 This Saturday, Taste of Tribeca returns for its 22nd annual food festival. With 68 restaurants total, and 8 of these participating for the first time, the organizers serve up a strong culinary field yet again. Guests can look forward to a day of enjoying good food and great entertainment while supporting the downtown community and a good cause.

Since their start in 1994 as a fundraiser for two neighborhood public schools PS150 and PS234, Taste of Tribeca has become an important community tradition. Without a strong community supporting the cause, Taste of Tribeca wouldn’t be able to exist and come back each year. Behind the festival are hard working parent volunteers and enthusiastic sponsors who help make Taste of Tribeca grow and keep coming back every year.

“I believe the students are proud of their neighborhood, and even as they move on, they remember their schools and community fondly. Every year we get numerous offers from alumnae to work at the festival, which is very gratifying,” said Bettina Teodoro, Taste of Tribeca co-chair.

The funds raised by the festival goes to arts and enrichment programs at the two schools and both teachers, students and parents are thankful for the opportunities Taste of Tribeca make possible.

“Our children get to learn how to play musical instruments, study chess, ballroom dance, and work with the aid of computers and iPads. As a parent, I’m thrilled and grateful,” said Teodoro.

On the menu this year is many famous and beloved restaurants, guests can look forward to the opportunity to try new foods and find favorites among the long list of participating eateries. A ticket includes six tastes of food as well as two tastes of beer and cider and one non-alcoholic beverage. Taste of Tribeca is also continuing their Beer and Cider Tour, which experienced great success at its debut last year, and is going from serving five beverages at five pubs to this year’s 14 beverages at 10 bars and restaurants.

The festival is not all about the food and drinks though, as there will also be live entertainment organized by City Winery. Guests can expect to enjoy the food and the great Tribeca vibe to the tunes of performers such as Cynthia Sayer, Tribattery Pops and student musicians from Church Street School for Music and Art.

Back again is also the Kids’ and Sports Zones to keep the festival welcoming to all ages. The organizers are already working on ideas for next year’s festival, including one that involves kids and cooking. Taste of Tribeca truly is a festival that caters to everyone and anyone from families to foodies and does a great job at including the community and instill a great sense of pride within the downtown area.

“[In downtown] you can find restaurants representing most cuisines of the world, which take their food, wine, and service seriously, yet are still fairly casual,” said Teodoro about her favorite aspect of the downtown culinary scene.

“In fact, that’s Taste of Tribeca right there: we have bastions of haute cuisine like Bouley and Jungsik, side-by-side with less formal places like Walker’s and Bubby’s.”