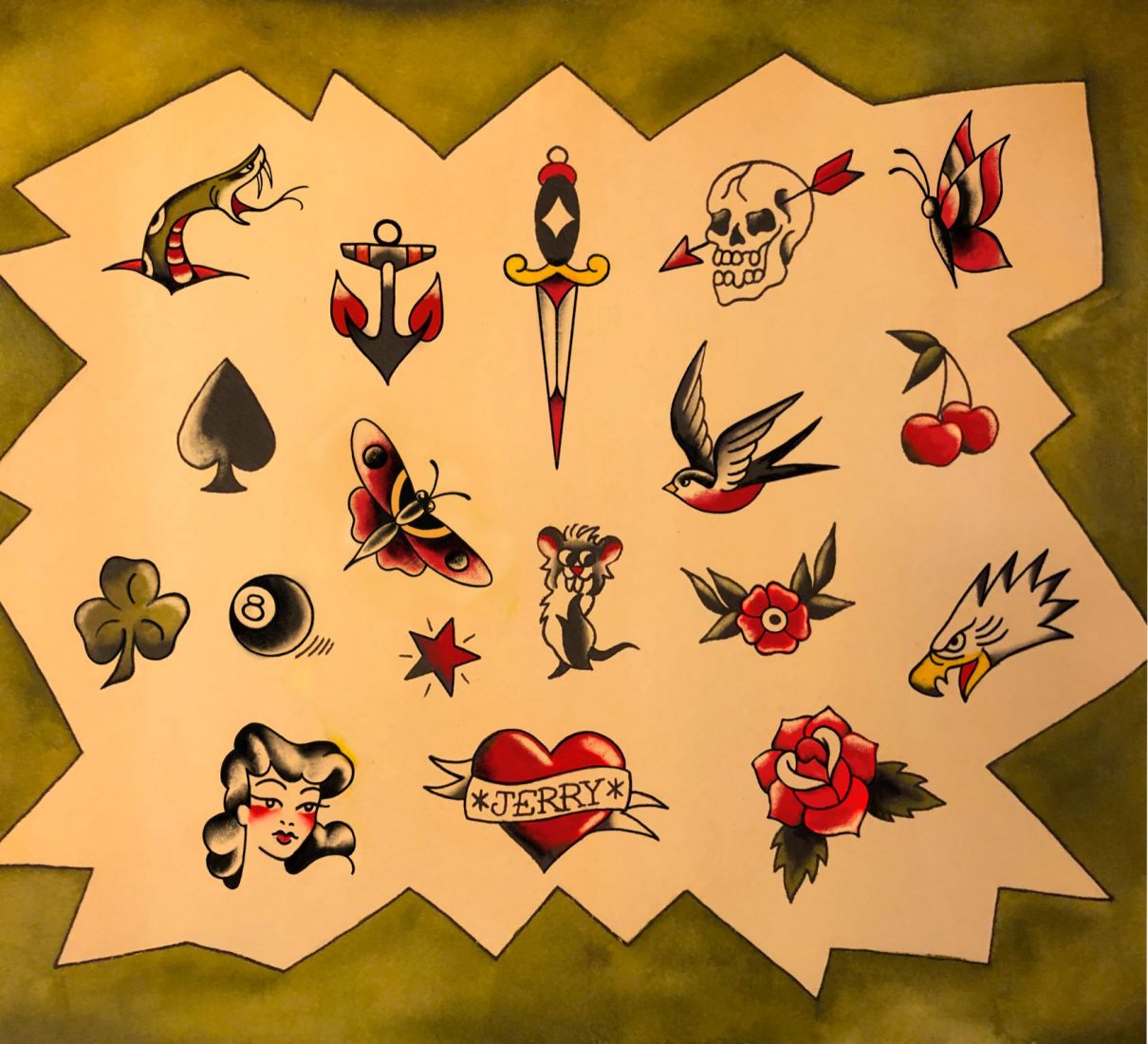 On January 14, Daredevil Tattoo Museum (141 Division Street) and Sailor Jerry Spiced Rum will be paying homage to the godfather of modern tattooing, Norman “Sailor Jerry” Collins, on what would have been his 109th birthday. From 12pm to 10pm, Daredevil Tattoo Museum will ink classic Sailor Jerry designs for $20 each. After getting inked, patrons can learn about the history of tattooing and Sailor Jerry’s work at the Museum. They can also continue to celebrate next door at Forgtmenot (138 Division Street), who will be serving Sailor Jerry Spiced rum and Ginger cocktails.

Norman Collins joined the U.S. Navy in the 1930’s when he was 19 years old. He served in China and Japan, where he began to appreciate Asian-style art. But he learned how to tattoo before that, in Chicago. In 1942, after his tour of duty ended, he settled in Honolulu where he began to build his reputation as a talented tattoo artist in his now famous tattoo parlor on Hotel Street. He also played in a band, became a licensed skipper of a large three-mastered schooner, and hosted a radio show.

Collins pioneered innovations in tattooing such as inventing the color purple for ink, and promoting the use of sterile needles. He inspired future generations of tattoo artists, like Ed Hardy, Mike Malone, and Kazuo Oguri, with his distinctive artwork. When he passed away in 1973, he left his infamous shop to Ed Hardy and Mike Malone, with instructions that if they did not take over, everything was to be burned to the ground.

Daredevil Tattoo opened in 1997, when tattooing became legal in New York City. They feature artists working in different styles, and they are famous for their Friday the 13th tattoo days, where ink-aficionados line up for hours to get special designs for $13 and a “lucky $7 tip.” The museum attached to the shop features antiques and tattoo memorabilia that co-owner Brad Fink has collected over 27 years. The collection features items from the earliest days of tattooing history, like early tattoo machines, artwork, newspaper clippings, photos, and printed matter. The museum is now a 501(c)(3), NYC Tattoo History Inc, dedicated to the preservation of tattoo history, and to educating the public on this storied art form.