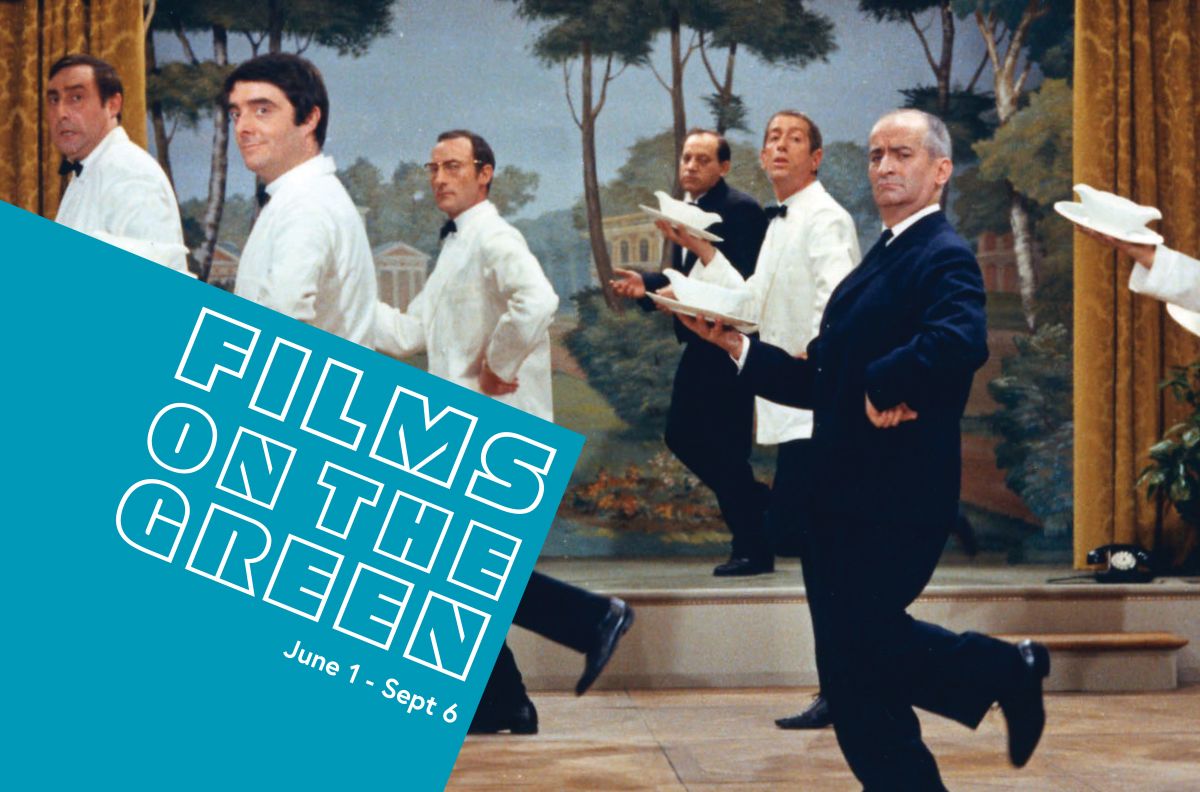 Films on the Green, the 11th edition of the free outdoor French film festival, will present a selection of films around a theme intrinsically related to French culture and society: gastronomy. Produced by the French Embassy and NYC Parks, Films on the Green will present a selection of classic and contemporary French films including Le Grand Restaurant (Jacques Besnard), The Rules of the Game (Jean Renoir),  Le Boucher (Claude Chabrol), The Scent of the Green Papaya (Tran Anh Hung), The Discreet Charm of the Bourgeoisie (Luis Buñuel), The Grocer’s Son (Eric Guirado), and Haute Cuisine (Christian Vincent). Films will be shown at various parks in Manhattan, Brooklyn, and New Jersey, from June 1 to September 6, 2018.

Downtown is proud to be one of this year’s sponsors for Films on the Green. “Our love for French Film’s and New York City parks are one and the same, having the opportunity to bring these to together was too good to pass up” CEO Grace A. Capobianco. Ms. Capobianco’s affinity with France dates back to the early 80’s during her very first trip to the South of France, since then she has spent an extensive amount of time in France, enjoys many French friends, an adoptive French daughter and her very own pup Barclay, Downtown’s Pawblisher, answers to only French commands!

Last year was a banner year for Films on the Green. They celebrated their 10th edition with a selection of contemporary and classic French cinema selected by 10 guest curators, including some of the most compelling and creative filmmakers, actors, and artists of our time: Wes Anderson, Jim Jarmusch, Isabella Rossellini, Laurie Anderson, and more. This year, they are building on this momentum with the theme “à table!” celebrating the French “art de vivre” through a selection of 11 classic and contemporary films screened in 7 parks across the city.

The Festival will kick off on June 1 with a private reception at the French Embassy, followed by the first screening in Central Park. Subsequent screenings will take place at Washington Square Park, Tompkins Square Park, Transmitter Park and Riverside Park. The series will conclude with a special back-to-school screening at Columbia University on September 6. We will also present a screening in Spanish in Washington Heights to further broaden our already diverse audience of New York francophiles and cinephiles.

DJs spin music prior to each screening and the films attract a hip and dynamic crowd. Last year 5,600 people attended and visibility was very strong for our partners and sponsors with thousands of New Yorkers and visitors passing through the film viewing areas.

We look forward to seeing you at one or all of the many films this year. Bring a baguette, some Reblochon, and sweets from Ladurée, Maison du Chocolat, or Dominique Ansel Bakery.

Be sure to add Films on the Green to your Summer New York City outings, and we’ll see you on the Green!