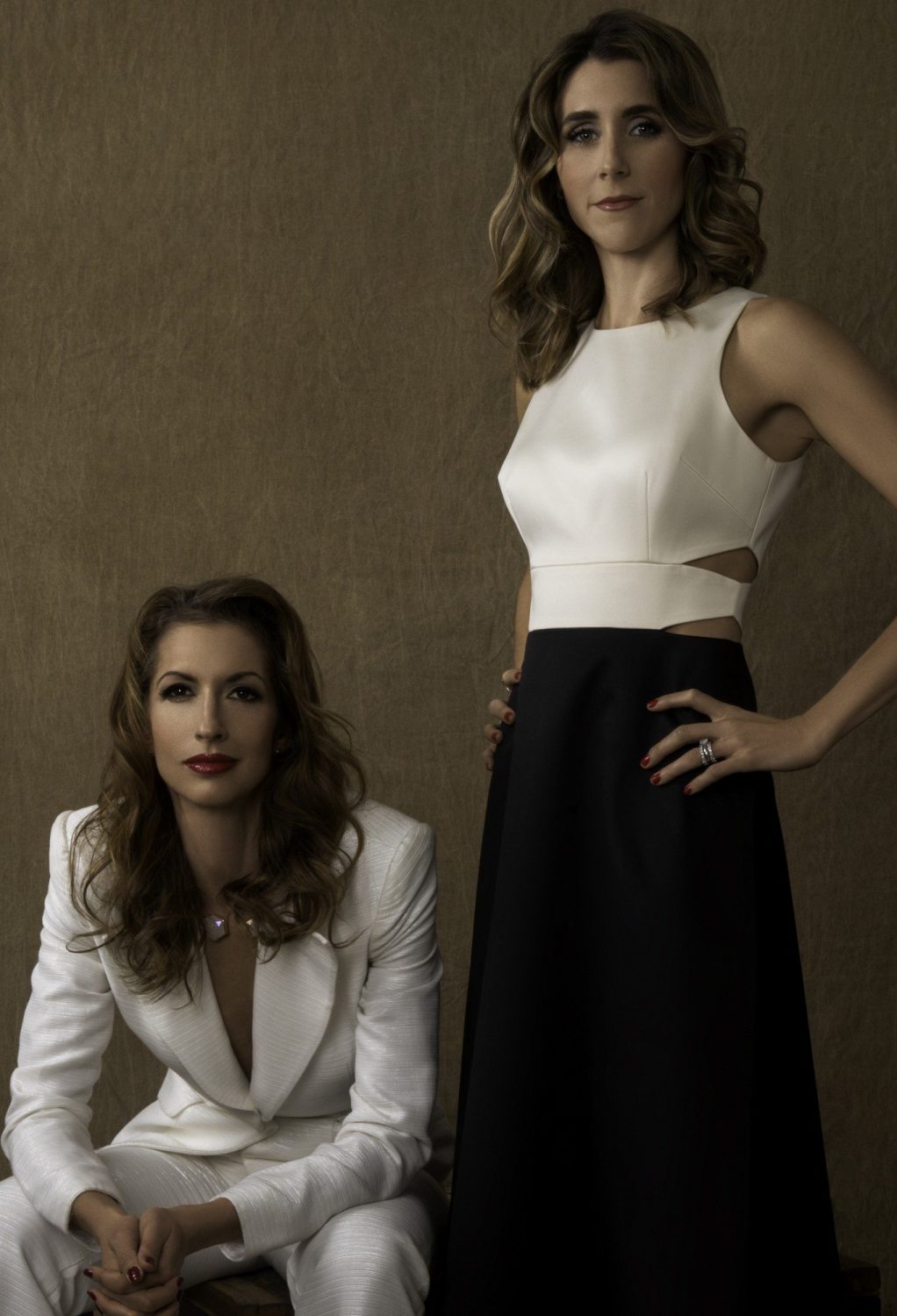 For a lot of actors, steady acting work is the goal. For Alysia Reiner, she was Fig on Orange Is The New Black, won an Obie for her performance in An Oak Tree, and is a recurring character on Rosewood. For Sarah Megan Thomas, beyond episodic TV work, she starred in Backwards with James Van Der Beek. But Alysia and Sarah are writing and producer partners, and together they run Broad Street Pictures.

In advance of Equity’s Jan. 26 screening at the Sundance Film Festival, I had the opportunity to do some Q&A with both Alysia and Sarah. As some bonus trivia, Alysia answered from the set of Mysteries Of Laura. For more info on Equity and the Broad Street team, click on over to www.broadstreetpictures.com.

How would you describe “Equity” to someone who hasn’t yet seen the trailer?

Sarah Megan Thomas: Senior investment banker Naomi Bishop’s [played by Anna Gunn] world of high-power big money is brutal and fierce, and one she thrives in. When a controversial IPO threatens the fragile balance of power and confidentiality, Naomi finds herself entangled in a web of politics and deception. With a strained relationship with her junior, Erin [played by Sarah Megan Thomas], and an aggressive prosecutor [played by Alysia Reiner] from her past on her heels, Naomi is forced to reexamine her own ambitions and the cutthroat world she loves — one where women have yet to break the glass ceiling.

I hate to sound like one of those writers looking for a metaphor in everything, but isn’t there a parallel between the idea in Equity of the struggle to bring in big money to how the big money of the acting world isn’t there nowadays like it once was?

Alysia Reiner: It is a really interesting question. Honestly, we hadn’t thought of this in making the film, but you are correct that in the acting world there isn’t as much big money. There is a line from our movie that has served as one of our tag lines: “Don’t let money be a dirty word.”

Did either of you ever work in the financial sector?

S: Neither of us ever worked in the financial sector. That said, my husband works in the financial sector, and I have been intrigued by the brilliant Wall Streeters I have met, and curious about why there aren’t more women at the upper echelons of these firms. This is what inspired me to come up with the idea for Equity — the public loves Wall Street movies, yet we have never seen a film about the women who work on Wall Street. We interviewed numerous senior executives about their experiences working in finance. While Equity is not a documentary, we wanted to make sure at the film’s core we depict a reality to the Wall Street world that maybe we haven’t seen before.

Seeing that producers generally have to get the money together, was there any reluctance from finance people to put money towards a film about money?

S: It is always difficult to raise money for an independent film, but we found an amazing group of investors to support this movie.

A: We are so lucky to have an incredible investor group — many prominent Wall Street women!

Do you identify more as an actress that produces? A producer that also acts? Or both titles equally?

S: I identify myself as both! I love to act and create a character. I am fascinated by human behavior. I am also inspired by the entire creative process of storytelling, specifically creating stories that have never been told before. As a producer, there is something amazing about being involved from the very beginning to the  very  end.

A: I identify myself as an actress who produces. Acting is easy compared to this!

At what point did you realize the need to not just actor but also write and produce?

A: I was inspired by Sarah!

S: Thank you, Alysia! There are just so many stories I want to tell from a female perspective!

Equity aside, what’s ahead for Broad Street Pictures? Any other New York-centric projects?

S: When we developed Equity, we built the storyline as the first film in a series.

A: So we are developing the film sequel or spin-off television series.

S: Making a movie is a 24/7 job, and I have a two-year old son, so when I am not working, family time is really important. On Saturday evenings, I can be found hosting Disney dance parties with wine and milk at 5pm, fireside at my apartment. No cover charge!

A: Making the world better for women, saving the planet, and crafting with my daughter. God, I sound so earthy, crunchy…

S: It really depends on my mo, because who doesn’t love a good rom-com from time to time? I found Beasts Of No Nation to be an incredible film — deeply disturbing and a must-see.

A: The Big Short, of course, but really Spotlight.