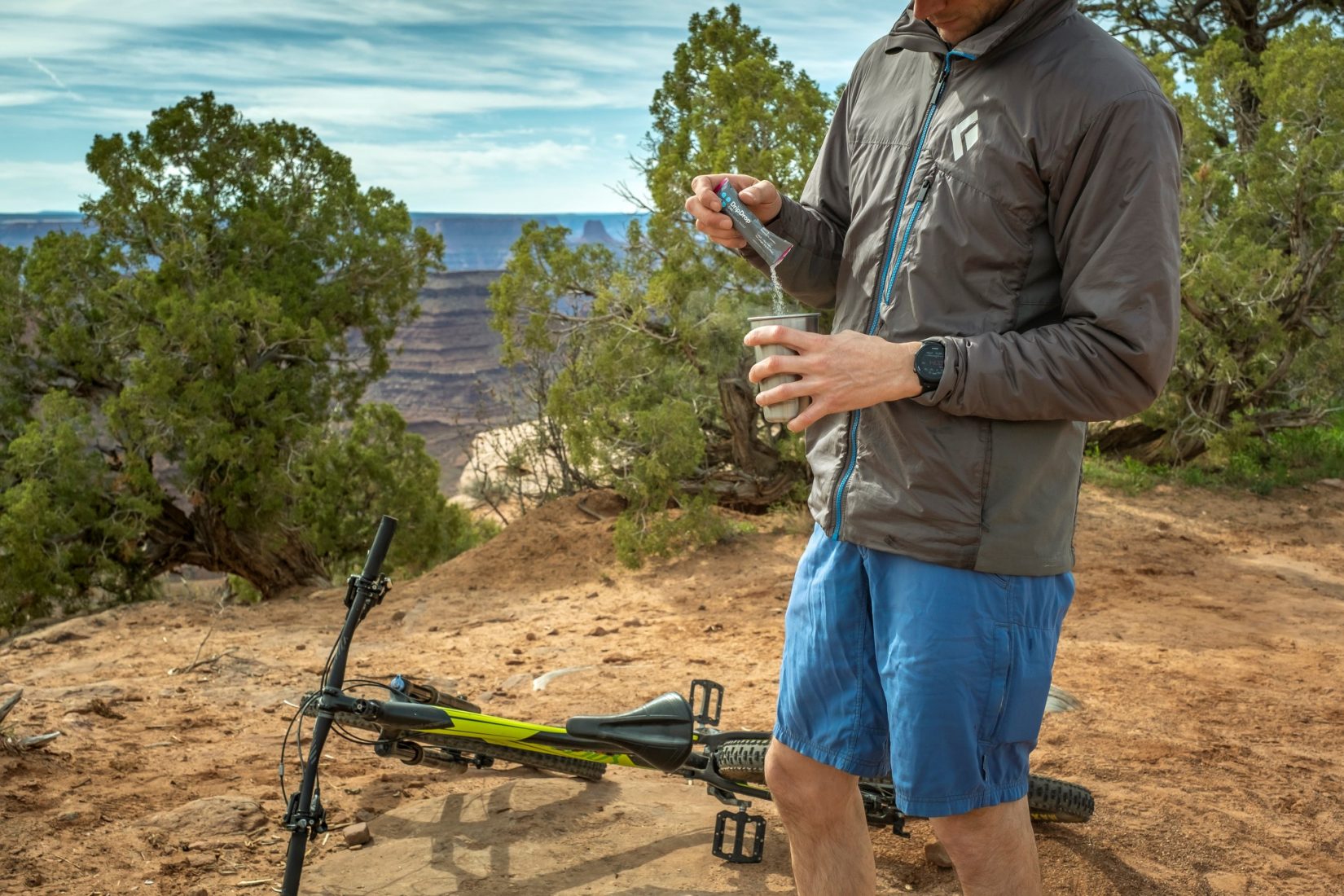 The average adult is supposed to consume at least eight 8oz glasses worth of water per day. It’s 85 degrees in NYC today, so I should probably be drinking more. If you’re one of the people I see jogging through the streets of Manhattan in this weather, that goes double for you.

DripDrop’s Oral Rehydration Solutions (ORS) sticks are a flavored powder you can mix with water to help with rehydration. DripDrop’s ORS was designed to be used to combat extreme dehydration due to illness as well as extreme conditions and has been used to assist foreign relief missions as well as California wildfire fighters.

Taste is the biggest challenge to making an appealing sports drink. The sodium in sports drinks helps your body absorb water faster, helping you hydrate faster, but since saltwater tastes terrible, most sports drinks offset the taste with tons of sugar. That sugar matters a little less when you’re drinking it after a workout, but you’re not burning nearly as much off when you drink it to halt a hangover or hydrate while you’re sick.

DripDrop inventor and founder Dr. Eduardo Dolhun, an MD from California, found a way to keep the taste with a minimum of sweetener, which also helps the absorption process. He replaces the sucrose (sugar) in most drinks with sucralose (aka Splenda), which is much sweeter. Some drinkers might have concerns with Splenda, which DripDrop tries to address. This, the company claims, allows their ORS to deliver 2-3 times the electrolytes with ⅓ of the sugar of most competitors.

DripDrop’s ORS is surprisingly drinkable and comes in a few different flavors. I liked the berry. The sweetened, sports-drink-like flavor fades into a salty aftertaste, so it’s not going to be my new drink of choice, but if you just finished a long run, have the flu, or if you’re waking up from an epic night out, you’ll want to have a packet or two of this stuff handy.