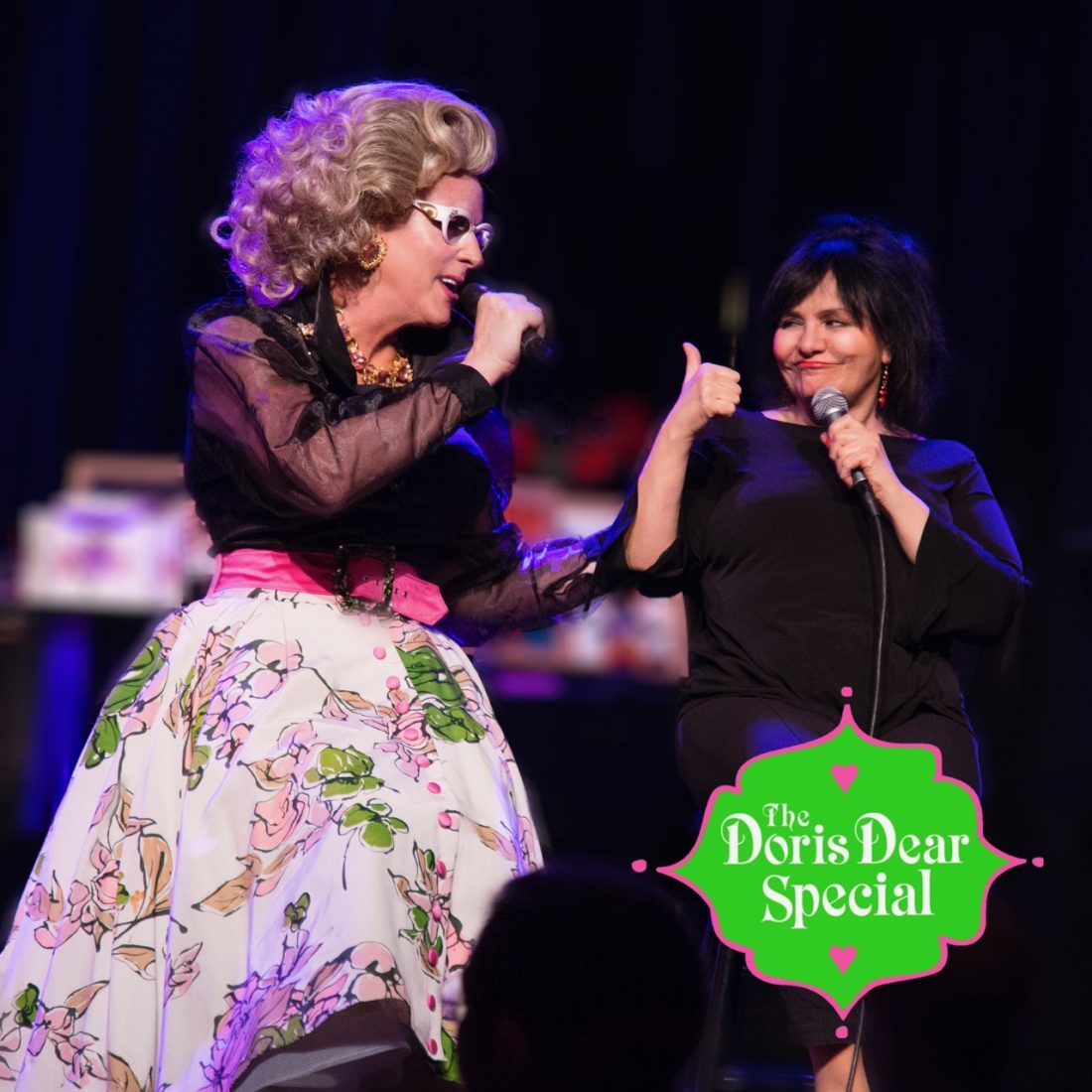 Doris took us to new heights with “her” buttery smooth vocals, comedic tales, and soaring ballads.

Doris Dear Like Mother, Like, Daughter started the show in front of a screen singing “Mother’s Day” from “Snoopy the Musical”. Doris is an aficionado at finding a deeper meaning to each lyric and present them in a way that hooks the audience right in. Halfway through the song, the screen went up, and we were introduced to his guests in the Rumpus Room – Meg Flather, Lina Koutrakos and the wonderful

Sidney Myer, each holding pictures of themselves and their mothers. Next up, Doris and Sidney Myer graced us with one of the most charming, hilarious duets we have seen in a while, the rollicking “Together Again” from “Young Frankenstein, the Musical”.

Doris with her over the top comedy and Sidney with his quiet charm wowed the audience that broke into applause halfway
through! What a way to start a show!

As the evening progressed, Mr. DeForest in Doris Dear Like Mother, Like, Daughter had the audience hysterical with his stories, and each guest came back and shared tales about their own mothers. Meg Flather showed off her comedy chops with her original “A Song of Roses”. Lina Koutrakos, also the director of the show, gave us a bluesy, deeply moving rendition of “Because of You” and Sidney Myer came back with a touching song from 1929, “My Mother’s Eyes”. Doris, Meg and Lina did a fun version of “If Mama Was Married” from “Gypsy” and Rick Jensen, Doris Dear’s musical director, and piano player, sang his touching original song “Dusty Rose”.Rounding out the cast was Steve Doyle on bass.

Ray DeForest writes each of the shows himself and invites top-level performers to come and be a part of the Rumpus Room. These “Specials” show how deep Mr. DeForest’s understanding of lyrics, music, scripting, and casting is when it comes to giving his audience more than just another run of the mill cabaret show.

Mr. DeForest moved from 54 Below to The Triad Theater on 72nd Street, and what a smart choice this was.
The Doris Dear shows are emotionally connected through and through. Each song, each story, the comedy… it all
melds together to bring a theatrical experience not to be missed which seems at home under the Triad’s proscenium arch.

Whether Doris is giving us tips on dieting (the Wesson Oil diet has to be heard!), belting out a number from
“Hairspray” or bringing his audience to tears with “Mama a Rainbow”, Doris Dear is truly a pro.

Doris Dear may be a “drag queen”, but this gal goes beyond the usual snarky delivery of that genre and delivers a first-class theatrical production. One of the highlights of the evening was an original arrangement of “Just a Housewife/Becoming My Mother”. Clever use of quotes from Doris Dear’s mother Taffy mixed into the songs, gave this rendition a very personal and
poignant touch.

As I hailed my cab after the show, I couldn’t help but smile. Thank you Doris Dear Like Mother, Like Daughter for making the world perfect again, if only for 75 minutes!

Doris Dear will be appearing next at The Triad Theater in December for 3 nights of Holiday Shows.

Check her out at www.DorisDear.com

The ongoing pandemic has put massive dents in the revenues of several industries this year, especially in the... 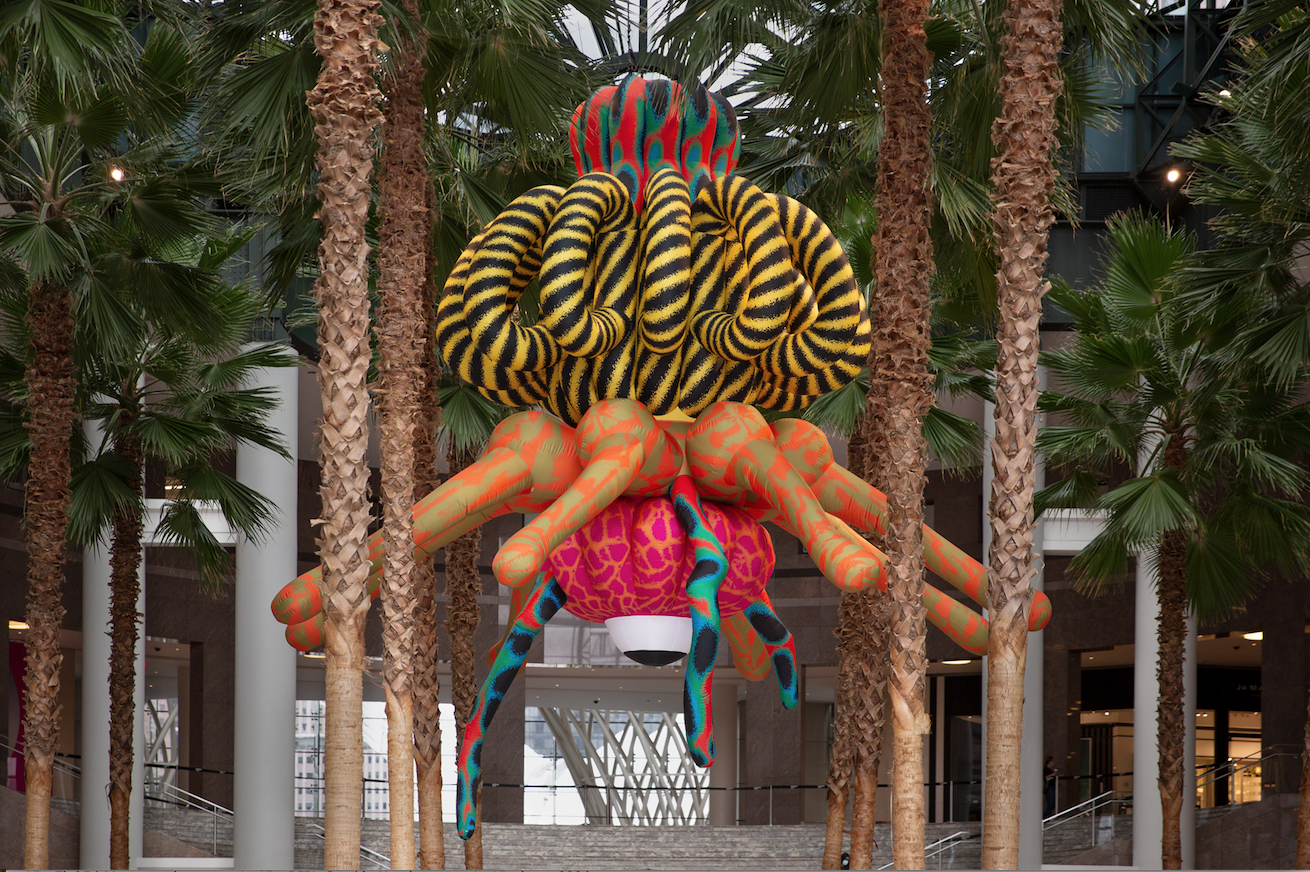