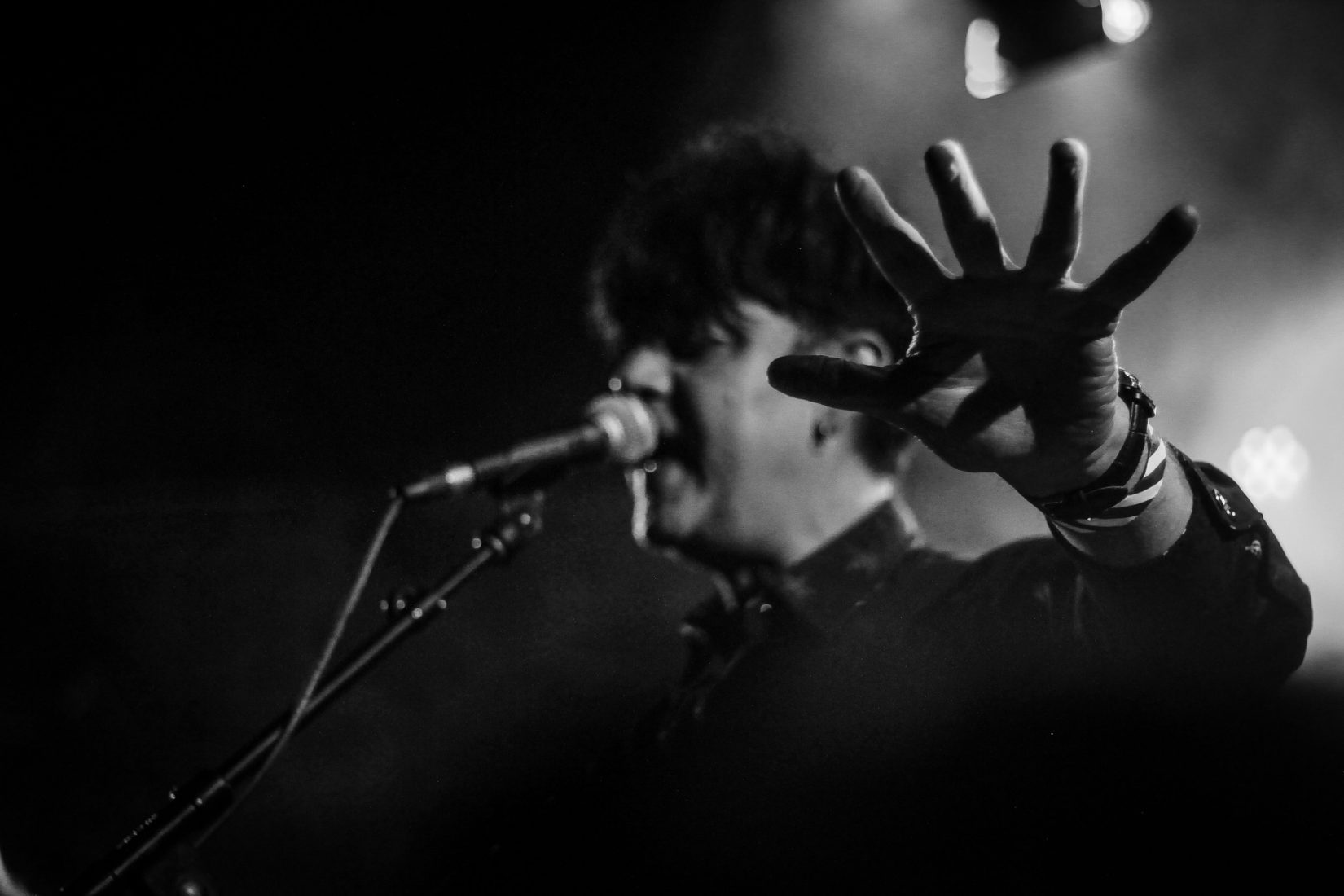 Eyeliner? Check. Black lippie? Check. Mesh, lace and platform combats? All present and accounted for, with a gloomy rainy night for good measure.

It was undeniably a Clan of Xymox concert down in the rumbling subterranean catacombs of Le Poisson Rouge in the West Village. The venue found itself stuffed to the gills with New York City’s goths, punks, leather daddies, kohl-eyed Gen Xers, telephoto-wielding photographers…and most wonderful of all, a genteel-looking mama jacked up on Bud Light. She was over the moon to introduce the music of Xymox to her daughter. “I’m from the South, honey!” she shrieked with delight, waving to frontman Ronny Moorings. “We make our performers feel WELCOME!” She hugged everyone within her immediate radius, bumping the enthusiasm levels right up to eleven. What a fantastically eclectic crowd at this show.

NYC’s own Pawns and Chicago’s The Bellwether Syndicate (led by William Faith of The March Violets and Faith and the Muse) riled up the crowd with their outstanding sets. Thunderous, energetic, and gothic as hell, these two darkwave outfits were terrific choices to support Clan of Xymox. 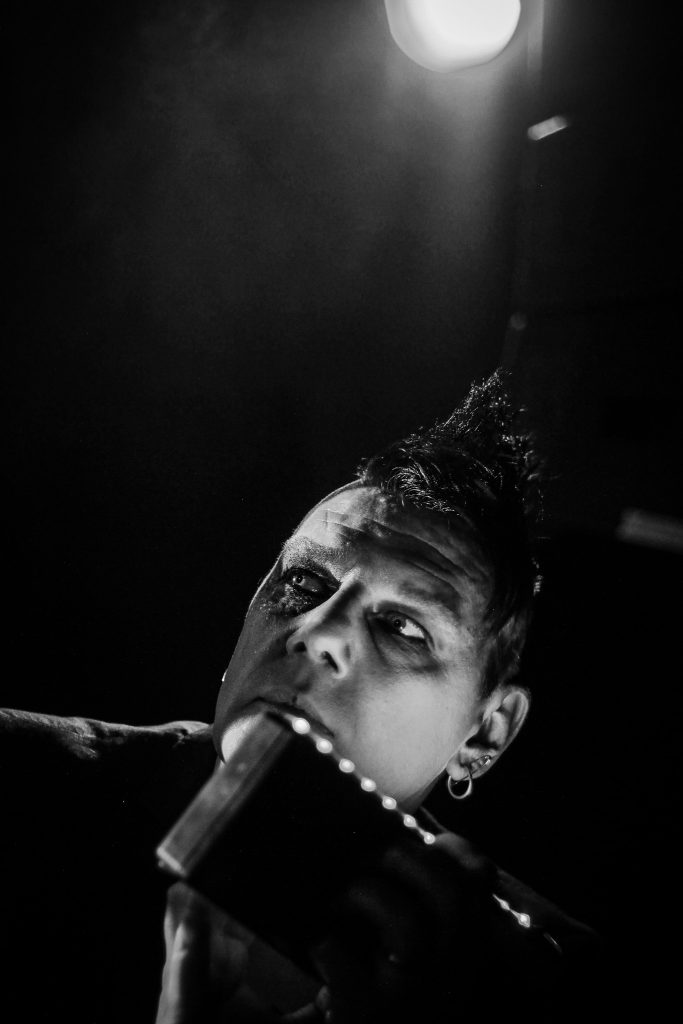 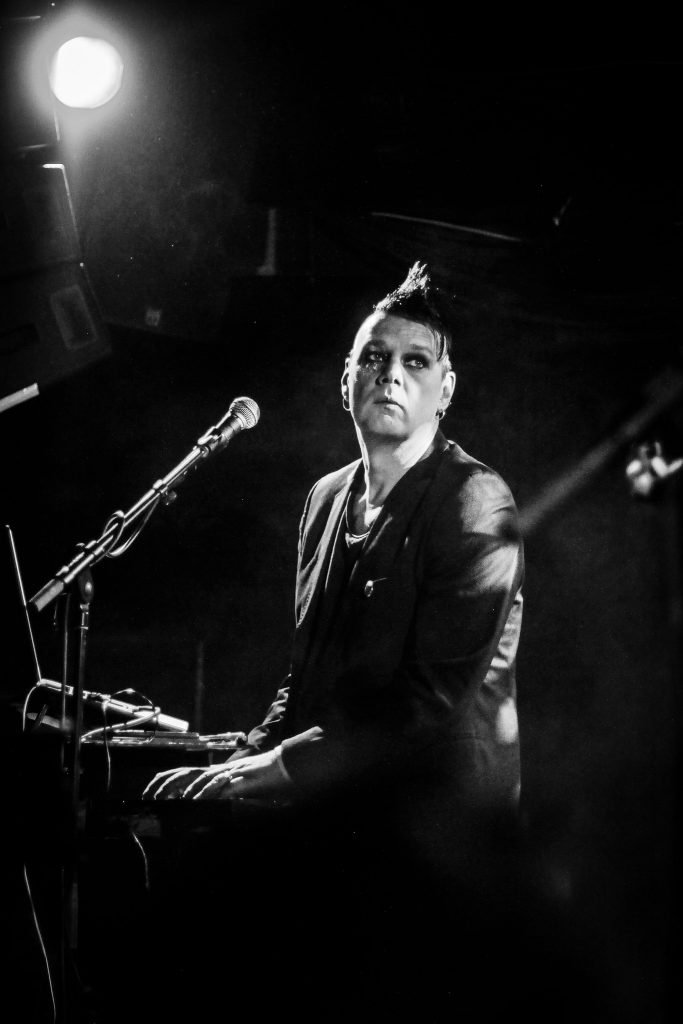 For the uninitiated, it was a real treat to see this new material live as well as the members in great spirits. The Dutch band, featuring Moorings, Sean Gøebel, Mario Usai, and Daniel Hoffmann, made a blessed final stop in New York, wrapping up this leg of their Days of Black Tour. Clan of Xymox was finally completing a cross-continental schedule of shows. If they were fatigued from the series of sold-out gigs, they certainly showed no signs of it.

Continuously playing in various incarnations since their formation in 1981, Xymox still sounded fresh and prescient with their philosophical lyrics and screeching synths. Xymox rolled out their old tried-and-trues like A Day, Obsession, and Muscoviet Mosquito, but introduced plenty of newer tracks as well.

Moorings, with his wonderful mop of jet-black hair, was in fine form, making wry political jokes. He mischievously taunted the audience and encouraged clap-alongs, as synth player Sean Gøebel went hog wild on a melodica. At times Gøebel appeared almost otherworldly as he serenaded the crowd, twisting and turning like a mohawked, German Expressionist Pan. Hoffmann and Usai kept up the pace, basking gleefully in the stage fog. The real surprise of the night was an inspired cameo appearance by their friend Curse Mackey of Pigface.

Xymox wound up the evening with two encores, and finally sent the children of the night off to their lairs with Going Round. The set lists were divvied out to the devoted, and the Southern mama’s daughter triumphantly snagged one of  Mooring’s abandoned guitar picks.

“This will make a nice Christmas present for Mom. Maybe a necklace or something,” she said, just before the duo tackled Bellwether Syndicate’s William Faith in the lobby with big hugs and good ol’ Southern hospitality.

Clan of Xymox: A Day