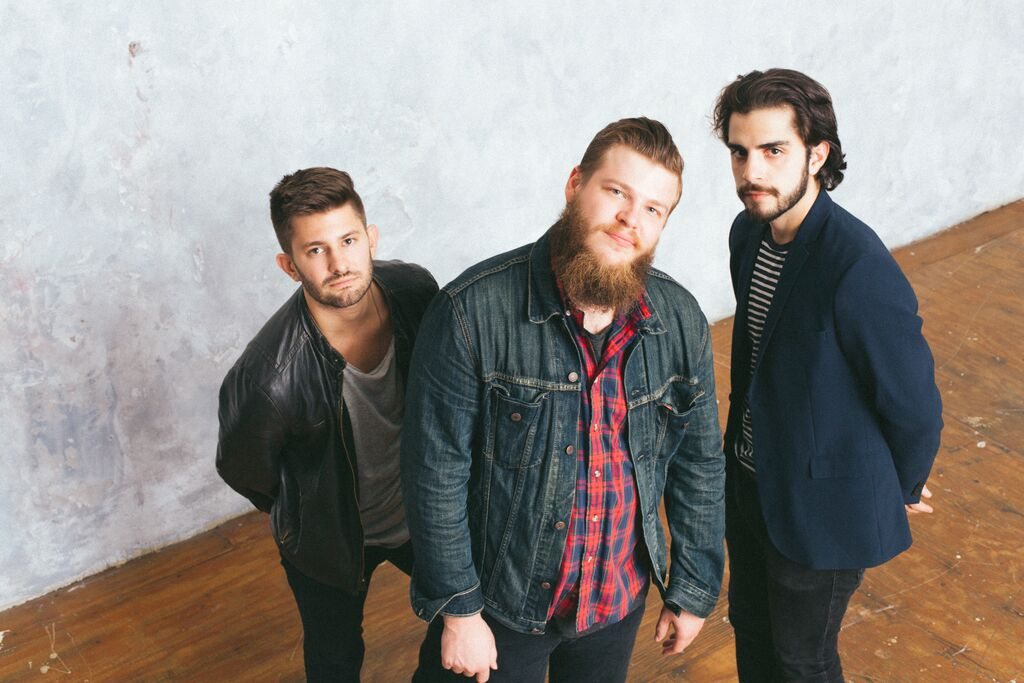 I first heard about the band, Animal Years, when I was contacted about an event at the end of August called “Downtown Comes Uptown,” a musical series where a bunch of bands and artists leave their normal downtown stomping grounds for one night to perform in front of a much different kind of audience: at the David Rubenstein Atrium at Lincoln Center. Being an enthusiast and supporter of music, especially local talents, I stopped by Lincoln Center, and was able to not only check out Animal Years’ set, but also speak to the guys in the band.

Animal Years, founded by lead singer and guitarist Mike McFadden in 2013, along with the additions of drummer Anthony Spinnato, bassist Anthony Saladino and guitarist Tim Emmerick, are up-and-coming in the local NYC music scene.  The band has played many gigs in lower Manhattan and in Brooklyn, including Rockwood Music Hall, Gramercy Theater and the Music Hall of Williamsburg.  Their debut album, Sun Will Rise, received rave reviews when it came out almost two years ago, and the band plans to release new music by the beginning of 2016.

All in all, Animal Years had a lot to say about their upcoming projects, including the new album, as well as what started it all.

Where did the name, Animal Years, come from?

Mike: I named it after an album by Josh Ritter, called The Animal Years, and then we kinda of just put our own meaning behind the name, because I just liked the name, and I really liked the album, but I didn’t want to like place an emphasis on it being like about that album at all, so…

Anthony Saladino: I think it means different stuff for different people, I mean a lot of what we kinda talked about when he first brought up the name, “Animal Years,” was just the idea of living life a little bit more simply, and almost as if you only lived to be, you know, 15 to 20 years old. Living your life in a shorter span of time, how would you do things differently? And that’s kind of been, a big part of the ethos behind the band of just like, you know, dropping everything to do this and pursue music because there’s nothing else we would rather be doing.

How did you guys all originally meet?

M: Umm, Grindr (everyone laughs) We met…I had met Anthony through a mutual friend…

Anthony Saladino: His best friend that he grew up with was one of my friends from college.

M: And so he wanted us to come, well he wanted me to come down and play with them, just like a cover band at Elon. But it was Elon College, or Elon University, so we called ourselves the Kings of Elon and then he [Anthony] moved up to NY after college and just hit me up. I was in Baltimore and he was like, ‘Come up, and let’s do something with music,’ and then through mutual friends found him [Anthony Spinnato, drummer] a little later, and then Tim’s [guitarist], like, just the most recent past 6 months or so…

Tim: Yeah, I met these guys through another band that I play with. We were all on a bill together at Music Hall playing together.

M: He’s in another band called Jesus on the Mainline, it’s this huge 15-piece band.

So for people who have never heard you play, how would you describe your sound?

M: Just like Americana, indie-rock, singer/songwriter with the amps turned up…

Anthony Saladino: We all kinda have our own different thoughts on what we sound like…I call it Indie-Americana

Anthony Spinnato: Yeah I would say folk, and singer/songwriter with the amps turned up…

Do you guys have any major influences?

Anthony Saladino: I have musical influences, but they don’t affect this band. (laughs) In anyway shape or form. (group laughter).

If you could choose any artist to collab with right now, who would it be and why? Dead or alive.

Anthony Spinnato: Joe Cocker. That would be crazy.

Anthony Saladino: Yeah, but that’s like too on the nose, I feel like… I think it would be really cool to do something with HAIM. I think it would be a cool collab, but dead or alive…I can’t really think of who I would wanna work with…I don’t know that’s a tough one.

Now you guys released your debut album 2 years ago now?

Anthony Saladino: The first time it was released it was almost 2 years ago. September of 2013.

Are you working on any new music now?

M: Yeah, we’re mastering. So we’re almost done. And we’re probably going to be releasing the new album very early of next year.

How does this album compare to your debut one? Did you do anything different, mix anything up?

M: Yeah, we mixed everything up. These guys are playing on the album for the first time, or all 3 of them. The last one was with totally different musicians. We recorded in new places, mixed with a different guy. So, yeah everything’s different. So, it reflects in the music, you can tell.

Anthony Saladino: And I think it’s a little “pop”-pier, not like pop, but at least with the songwriting, catchy hooks

Anthony Spinnato: Also with the production…

Anthony Saladino: It blows the last album out of the water, in my opinion.

Do you have any other upcoming plans for releasing singles and/or touring?

M: Yeah, we got a whole plan. Single out next month, for sure right? (to band members)

Anthony Spinnato: Next month or the following month…definitely within the next 2 months.

Do you have a favorite song off the new album?

M: “Friends” is off the new EP. It’s tough. My favorite is a song called “I Was Born.” It’s about Baltimore and stuff.

How does playing in Baltimore compare to NY?

M: I mean there’s no back line in Baltimore. You gotta bring your own drums. It’s just totally different, there’s not many venues, there’s more opportunities here to just play live. Baltimore, the venues can be a little grungier, depending on where you go. Everything’s different.

Check out their debut album, Sun Will Rise, here:

Check out Animal Years’ recent cover of HAIM’s The Wire: