These Are The Perfect Broadway Week and Restaurant Week Pairings 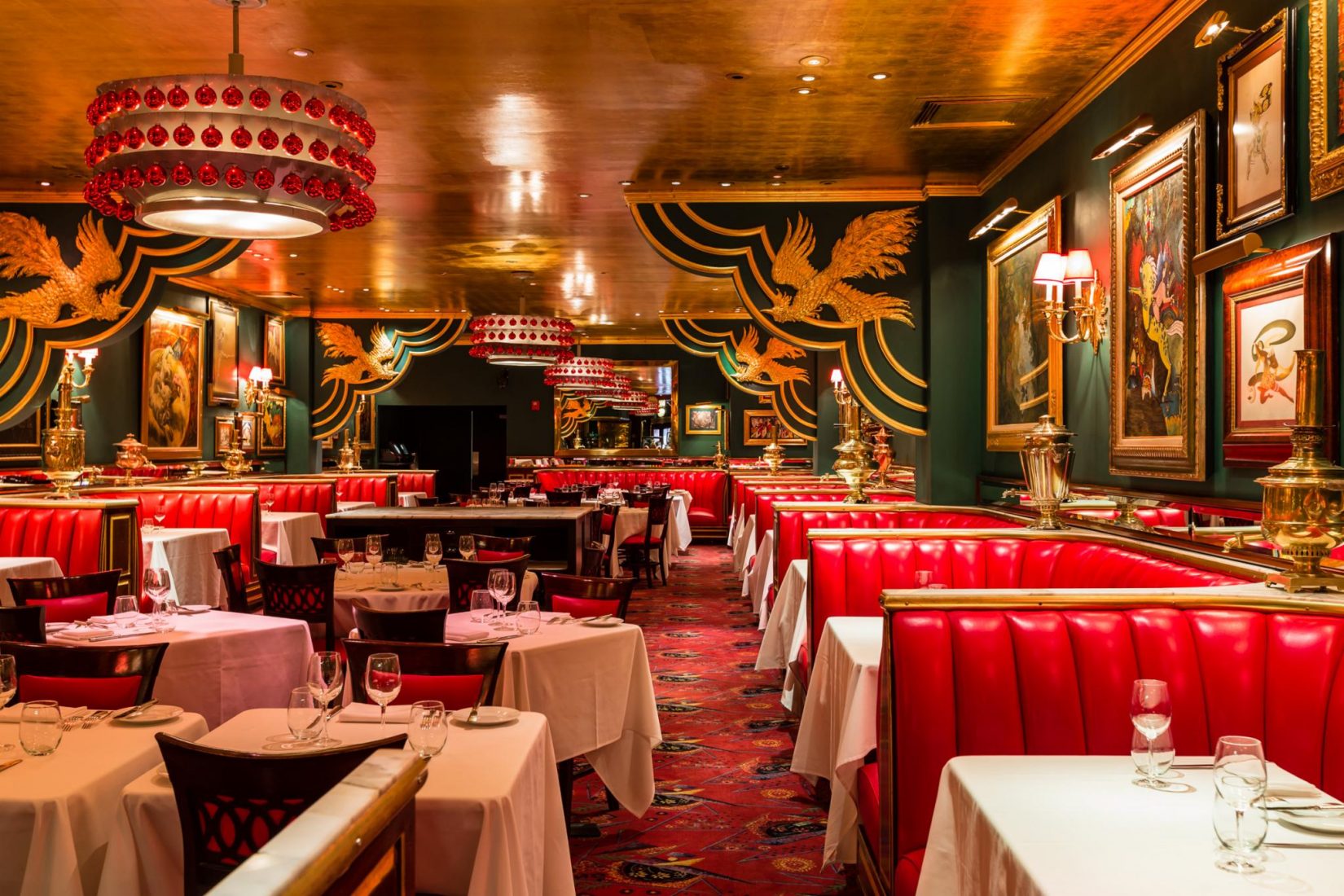 There are still a few days left of Broadway Week — and last week Restaurant Week started! And if we know one thing for sure, it is that dinner and a show never gets old.

Since these two overlap a bit, we thought it ideal to give you some ideas for perfect pairings. Depending on the show and its theme, we’ve found some great ideas of where to eat before, after or grab a drink in the same style and feel as the show.

For this beautiful story about Grand Duchess Anastasia Nikolaevna of Russia, we suggest heading to The Russian Tea Room for an authentic experience — and keep you enthralled in Anastasia’s world just a little longer!

The musical is written by Academy Award nominee Chazz Palminteri, who also happens to have a restaurant participating in NYC Restaurant Week, Chazz Palminteri Italian Restaurant. This one is a no-brainer — and make for an amazing mix!

Carole King was raised in Brooklyn, so perhaps choosing a spot in this borough could be very fitting. We suggest checking out a cozy and cute café, such as Buttermilk Channel in the lovely Caroll Gardens or Yellow Magnolia Café in popular Prospect Heights.  Stroll around the neighborhood before or after the show to imagine taking a walk in Carole King’s shoes.

This one, you should choose authentic, historic American cuisine. Why? Because Chicago is the longest-running American musical on Broadway. And that should be honored. JP Morgan is a historic American figure, so where better to dine than the Morgan Dining Room? The one-time residence of the financier offers a taste of 19th-century luxury life — Interestingly, JP Morgan Chase pledged 40 million to underserved Chicago neighborhoods as of 2017. The Tuck Room in South Street Seaport could also be fun for post-show drinks, as the diverse cocktail menu highlights the unique culture and liquid history of New York City, thanks to master bartender and sommelier Adam Seger.

Set in a post-apocalypse Britain, our minds, of course, went to the UK. But since flying over there might take up a little too much time, there are some great places that’ll make you think you’ve stepped off a plane in Britain, but you’re actually still right here in NYC. The Clocktower for one, right next to Madison Square Park, has true British flavors as it’s a collaboration between acclaimed restaurateur Stephen Starr and Michelin-starred British chef Jason Atherton. The Shakespeare in Murray Hill is also an excellent option. It offers a sophisticated yet unfussy menu of traditional British fare with American influence and classic cocktails and evokes an early 19th century English gentleman’s club.

Farinelli and the King

The book centers on a Spanish monarch, so we’ve found it to pair well with either Amada, an Andalusian tapas bar and restaurant in Battery Park City, or what about the Socarrat Paella Bar? With three locations, one in Nolita, Chelsea and Midtown East, you’ll easily find the right one to serve you an extraordinary paella!

Frustrated by the lack of Latino heroes in the pages of his adolescent son’s history book, comedian John Leguizamo embarked on his own research mission and emerged with a critical curriculum. To pair up this show with dinner, we’ve chosen to La Fonda Del Sol because of its unprecedented menu of modern Spanish cuisine, with a focus on tapas.

Once On This Island

While there are no French Antilles/West Indian restaurants participating in Restaurant week, we did find some restaurants that offer island-centric cuisine. These include the modern Hawaiian restaurant Nooretuh in the East Village, and Victor’s Café that bursts with Cuban flavor.

There are many great French restaurants in this year’s Restaurant Week. So which to choose? For this pairing, we suggest checking out La Sirene or Gaby Brasserie Francaise for some authentic Parisian style dining.

The Phantom of the Opera

As the longest running Musical on Broadway, which was first played in London’s West End, The Phantom of the Opera is a classic — and a must-see! To pair it up with a dinner, The Breslin Bar & Dining Room in Nomad offers a delicious meat-centric, British menu.

This wild water ride adventure calls for something fishy, don’t you think? We’ve found two great restaurants for dinner and one for brunch! Farmer & The Fish is a great option for a cozy, yet fresh seafood dinner — as is Dock’s Oyster Bar. Mhhhm, oysters anyone? As far as weekend brunch go, CATCH is famous for its brunches and simply a must-try!