Biscuits And Comedy; A lovely Combination 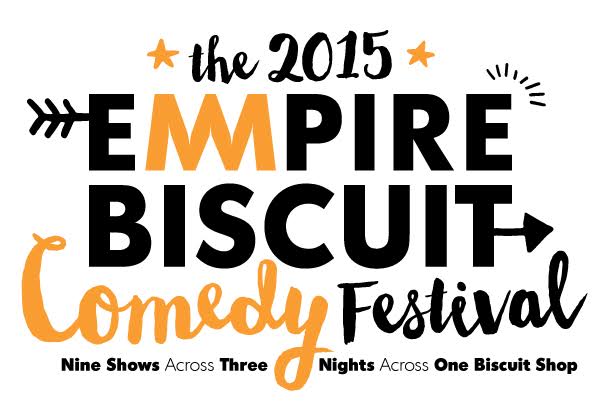 New York City is home to a lot of things, especially the one thing that everyone enjoys. . .getting a good laugh. Saturday Night Live (SNL), Comedy Central, and The Tonight Show, are a few examples of different comedy shows that call New York home. Not only can comedy call New York home, but so can restaurants. New York is known for the vast amount of restaurants that it houses, and some of them are the most creative restaurants out there. So what happens when food and comedy merge together. And not just any type of food but, biscuits! Who doesn’t love biscuits?

The Empire Biscuit, an eatery located on Avenue A between 12th street and 13th street, is  a restaurant in lower Manhattan that has become a local favorite to many. With savory biscuits that range from  ‘Bacon and Egg’ biscuit to ‘Fried Chicken with Ranch & Pickled Green Tomatoes’ biscuit, there is no way anyone should not visit this restaurant and try one of the biscuits. Luckily enough, people can, all while enjoying a laugh or more with friends because from August 2 through August 4 a comedy festival produced by Tovah Silbermann, Brandon Scott Wolf, and Andrew Tavin named The Empire Biscuit Comedy Festival will be hosted at The Empire Biscuit.

“We were bantering about silly things to do and we thought ‘why not do a comedy festival at a biscuit shop?'” comments Wolf. The idea of creating this comedy festival first came to the trio as part of a joke before turning it into reality. As Tavin comments further, “we thought it would be funny if we had a one venue festival with multiple shows over the course of three days.”

“It is going to be a unique New York experience,” comments Silbermann,” and people should really push their bedtime past 11 p.m. to watch the late shows.” She continues to comment how the attendees should expect delicious biscuits and great comedy. Tavin adds, “this is one of the great opportunities to see comedians at an affordable price with free delicious food. “

Tickets cost $14 online per show, $16 at the door per show and $50 for the entire festival when purchased online. With the purchase of the tickets for the shows, attendees will be able to receive a free biscuit and drink that is worth about $10. There are three shows per day; the first show starts at 7 p.m., the second show starts at 9 p.m. and the third show starts at 11 p.m.

Wolf, Tavin, and Silbermann all have been in the comedy world for about six years now. Wolf started in 2009 while attending Penn State, “I have performed in Philadelphia as well before coming [to New York]. I started when I was a sophomore in college writing for The Humor Magazine.” Wolf is most known for his website datebrandonscottwolf.com, a website that is the number one dating site for Wolf. Tavin began stand up comedy while attending New York University [NYU], and now is a comedian writer, does freelance work and performs regularly around New York. As a matter of fact, he is a host for a weekly stand up show name The Awooga Comedy Show. Silbermann, on the other hand, is a producer on The Awooga Comedy show, and co-host of the podcast Making Ends Meet.

With these creative minds behind the creation of The Empire Biscuit Comedy Festival, it will definitely be a show stopper, and a spectacle that should not be missed. As Wolf says “you can have comedy or you can have biscuits, but if you want both there’s only one place to go.”

Buy your tickets for The Empire Biscuit Comedy Show before they all run out!

A few shows are sold out. These shows are as followed:

Also, there are a few changes to the lineup; details are below: