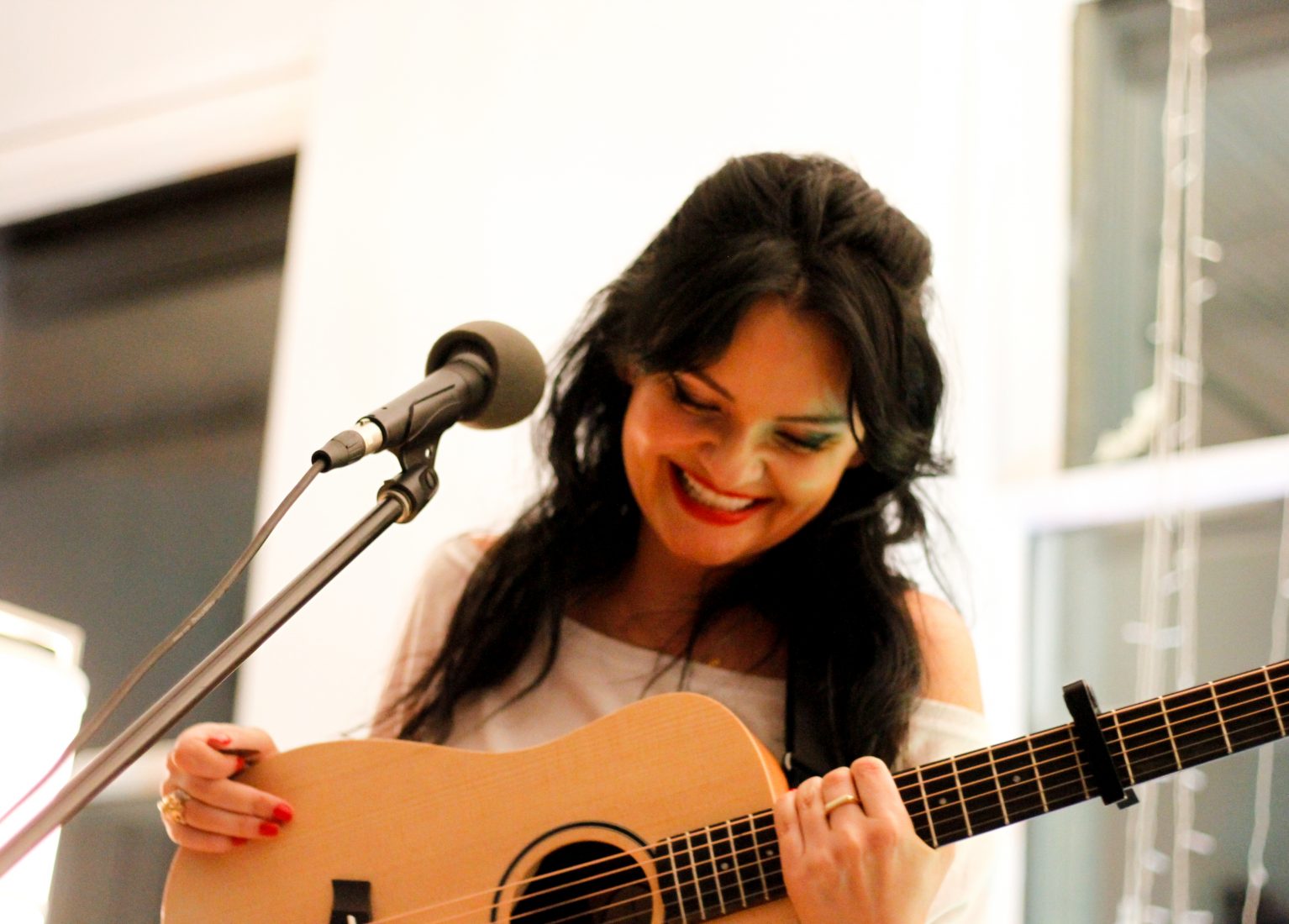 Scene: Hot August night, secret location in SoHo.  A hundred people sit on the floor, eagerly awaiting the show. A petite, raven-haired woman enters the room with a merry wave and vermillion red smile.  She thumps her guitar, startling it awake. Natalie Clark is eager to get this Sofar Sounds party started.

Cheers erupt as she launches her latest single, Grown Ass Woman, a raucous anthem for those constantly “on the go” to make ends meet. The message deeply resonates with the audience: heads nod sympathetically as Clark rattles off a wistful roster of activities one can do with a healthier paycheck. After the set, they thank her for “really getting it.”

Less than a decade ago, Clark was a schoolteacher in Scotland. Coming from a musical family with a passion for jazz and Motown, she daydreamt about a music career. For years, pragmatism proved an obstacle.

Fate set her path in motion: while attending a BBC Radio One Academy session, Richard Branson invited her onstage for an impromptu performance of her song Weakness. Clark stunned the crowd and grabbed UK headlines. Despite the thriving music scene in Scotland, she hungered for a change of pace and moved to London. From there, Clark emigrated to Los Angeles. The relentless grind of odd jobs and gigging proved difficult in her new city, but Clark, ever the optimist, found inspiration.

“I feel excitement and creativity in the air! Also, being from Scotland, the sunshine helps,” she adds cheekily. “It’s inspiring to be surrounded by people making art in all different forms. I just followed my instinct to explore opportunities.”

Clark’s sophomore album, Head North, explores the highs and lows of independence. No silly love songs in this EP, just blissful discovery of self-worth despite tight budgets, heady ideals, and roadblocks. Head North is the perfect soundtrack for getting your shit together. “It’s time to face the fear!” she roars in More Than A Mountain.

Natalie Clark is a familiar face in the LES music scene. In addition to several recent Sofar NYC appearances, she played a fiery set at Rockwood Music Hall in March. CraicFest also hosted Clark at Mercury Lounge, where she shared a bill with Pogues bassist Cáit O’Riordan, Ash’s Tim Wheeler, and The Mighty Stef.

“It’s been a magical journey,” she says, “I’d love to do a full US tour! I love connecting with people. I hope to get the chance.”

No doubt this Scottish firebrand has the willpower and drive to make her dreams reality. Head North drops on 23 August.

More Than A Mountain Video: