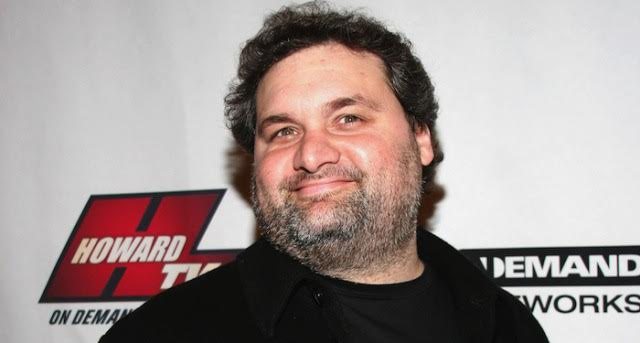 Having worked steadily in TV, film and radio for the past 20 years, Artie Lange is one of today’s most recognizable comics. You may have first discovered him as a cast member on MADtv, as Norm Macdonald‘s sidekick in Dirty Work or as Jackie Martling‘s replacement on The Howard Stern Show. Regardless of how you initially encountered Artie, he is still off-the-charts funny. And still challenging societal norms on a regular basis.

Fast-forwarding to 2015, Artie Lange launched a podcast – simply titled Artie Quitter – earlier this year. He currently has a third book in the works with Anthony Bozza, which isn’t surprising considering that their first two titles were on the New York Times best-seller list. Last year, Artie had a special on Comedy Central titled The Stench Of Failure. In spite of that stand-up program’s name, you’d be hard-pressed to think of someone who’s appeared on a Jimmy Fallon talk show more frequently than Artie.

Coming up in just a few weeks, Artie will be headlining two shows on October 4th during the fifth annual Hoboken Comedy Festival. Artie and I talked about the festival, among other topics, within our interview — as set up by podcast producer Dan Falato — at his spectacular Hoboken home.

Rumor has it that you don’t have e-mail or own a computer.

Artie Lange: I own computers, there’s other people in my life using them. I don’t do e-mail. I’ve never sent or received an e-mail, I text. I don’t like checking a bunch of stuff in the morning. You get up now, you check Twitter, Facebook, voicemails, e-mails — what am I, the head of Ciba-Geigy or something? I’m a comedian. People that e-mail me shit, like agents, just text me. If it’s long, they e-mail to Danny, my producer, and he just prints it out.

So you have the podcast, you have your stand-up, it looks like you’re doing one or two dates a month for the moment.

A: One or two dates a month, and I got a third book deal, which is nice. Me and my partner [Anthony Bozza] that I wrote two books with, both [New York Times] best-sellers, we got a third book and we’ll write it this year.

I believe you said on your podcast that the focus of the third book is going to be letters to athletes.

A: It’s a joke book about me being mad at athletes that cost me money gambling, and I insult them. Crazy gambling stuff.

I know that’s going to be great.

A: We have a whole chapter calling the ’86 Celtics “the ugliest team ever” and we have pictures explaining why…The last page will be a picture of me and I’ll invite the athletes to insult me, but each chapter I insult people who cost me money.

Was there pressure to do a third book that was non-fiction?

A: No, I guess I’ve got enough stories for a third book like that. When they came to me with this, because it was their idea — the book company came to me — they said “You had two best-sellers, you can probably get a third deal. We’re more interested in a lighter fare.” I said fine.

So ultimately with the podcast being a creative outlet, do you have any business aspirations for it? Are you hoping to parlay it into a radio show? Or do you just say that this is a podcast and I enjoy doing the podcast?

A: I’d like it to grow with subscribers. Obviously I want money like anybody. Right now, it’s at a point that it makes enough money where I’m happy. I would like to see it grow, but again, I have ideas for TV shows and movies. I still have a career, thank god, in mainstream show business. I’m always looking to that.

Let me ask about that, your movie Beer League was very successful…

A: Well, sort of. It made money, not a lot, because it cost so little.

But I think any movie that makes a profit is ultimately successful.

A: People really like it. Frank [Sebastiano], who I wrote it with and directed it, and I are very proud of it. For better and worse, no one fucked with us, no one gave us notes, it’s all of our jokes we wanted. It’s a Rated R comedy, the way we wanted to experience Slap Shot. People quote that movie like it’s Caddyshack, it’s crazy. I can’t believe the amount of people that love it. We’re very proud of it, I love it, it got good reviews too.

I see that it played at a film festival in New Jersey last year, which has the makings of being a cult comedy.

A: It’s in that league of a cult comedy. That and a film I did with Norm [Macdonald], Dirty Work, I consider kind of cult-ish, and I’m proud of being in a couple of cult movies.

A: Pretty much. Well that’s not out of any…it’s just that he lives in L.A., I’m in New York, there’s no time…We talk about stuff every once in a while. We almost did a stand-up tour, we played around with a GoFundMe thing for Dirty Work 2. We would love to [do something], just nothing’s come up.

Well, why not at least try and do something on GoFundMe?

A: Well, neither one of us are real go-getters (laughs). But it might happen, you’re right, why not?

What would it take? Someone petitioning you guys? Some people started a petition to try and get Norm the Late Late Show a while back…

A: I think he started that (laughs). Norm is one of the funniest people I’ve ever met, might be the funniest. The smartest, funniest, a true original. The worst insult you can give another comedian is that you call them a hack, derivative. Norm is the direct opposite of a hack. He’s a comic’s comic and people love him. But, you know, with me and him, people I guess think we’re a little crazy. He would be an amazing talk show host.

I agree, I thought that Sports Show [on Comedy Central] was one of the most underrated talk shows there ever was.

A: Basically, what talk show hosts do is they tell jokes and interview people. Norm is an interesting interviewer, we know that from the podcast he did, and he’s probably the best joke-teller.

So have you ever thought of taking your skills with radio and your knowledge of sports and try to become a proper sports broadcaster? Or does the possibility of censorship scare you?

Is it safe to say that your career is exactly where you want it to be? You work on the projects you want to work on, you have a few irons in the fire…

A: No, my career isn’t where I want it to be. Leonardo DiCaprio’s career, if I had that, then it’d be where I want it to be (laughs). You know, again, in show business, you’re always looking…I must say I am comfortable, it’s probably because I’m not a “type A “personality, I’m not a good businessman, I’m lazy, I happen to love something that I’m pretty good at that you can make pretty good money with. I’m wealthier than the average person not because I’m a good businessman, but because I make a lot of money doing stand-up, and I do a lot of it. I should have more money. I am comfortable being a C-List, under-the-radar comedian who makes good enough money to live a comfortable life. I must say there’s comfort in a little anonymity and you can be a little more rebellious. I like being an outlaw, comics like being outsiders, looking in, making fun of everything. But once we get in, we’ll take it. I guess maybe part of me is a little afraid of to go up more because I’ll be exposed for a lot of crazy shit I’ve said. I get away with a lot of shit on this show simply because it’s not that big of a show.

I think you’re selling yourself short in terms of how many people know you and pay attention to you.

A: No, I’m definitely a famous person. People recognize me and all that. But I’m a C/B- minus person on a good day and I like that.

Do you feel that, in general, that there are any misconceptions about you? I think you’re interesting in the sense that a lot of people love you unconditionally, and other people are hugely turned off by you, may be offended by some of the controversial statements and don’t understand any of the irony.

A: I think I’m very approachable. I don’t try to do that, I’m not some sort of big genius. What you see is what you get and I think most people relate to that. Other than the fact that I have an interesting career where I make good money, I don’t think I give anyone a reason to be jealous of me. I’m not the guy who’s going to steal your girlfriend, like a movie star. I think that people relate to me and come and say hi. I always am nice to people. As a comic and my persona, I can throw a little charm out of where I get away with offensive stuff more than someone who’s hatable. It doesn’t always work but mostly. I have a very loyal fanbase, they are very nice to me, I love them. There’s an affection there, you really connect to people on the radio, where people are genuinely concerned about me. So you’re right, most people are nice, and the other controversy stuff, it just goes away.

So that’s not something you dwell on?

A: I like it, especially with the political-correctness. I did a set at the Comedy Cellar last night, these young people, I try to upset them. They have such an anger, they’re so easily offended. I tried to get them mad.

Finally, Artie, any last words for the kids?

A: Try not to take yourself so seriously, some things are just jokes.