Shop the ultimate Rock and Roll emporium on Orchard Street 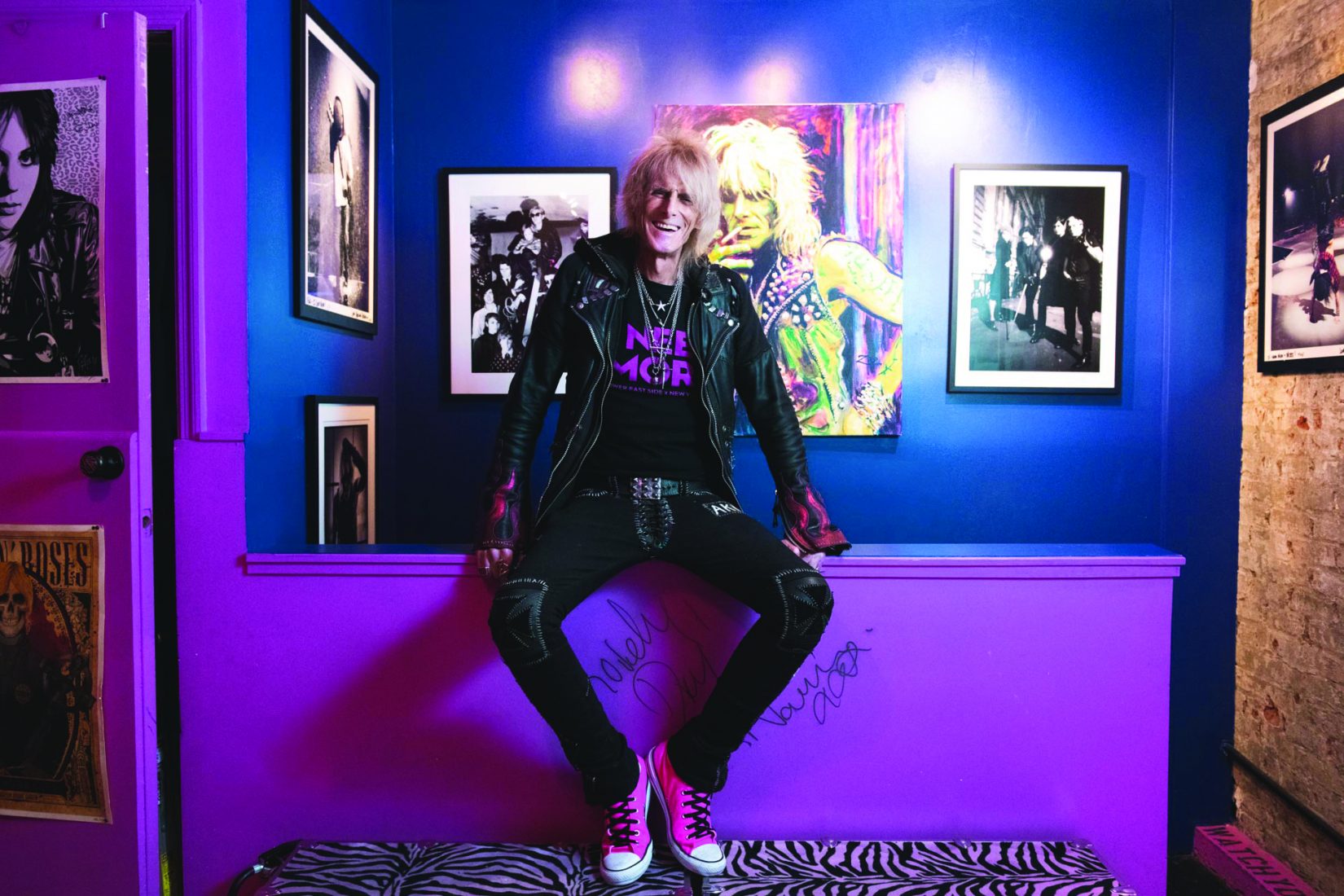 It’s a couple of weeks before Christmas, and I’m sitting on a tiger-striped trunk with downtown fashion icon and owner of I Need More, Jimmy Webb, talking about Jackie Kennedy, Slash, and Lou Reed’s transvestite girlfriend Rachel, among other things. A couple dressed in leather and faux leopard comes into the shop and stops to say hello. She apologizes for interrupting our conversation. Jimmy is gracious. “No, don’t worry! Have fun, Iggy’s on, you look amazing, I’m doing an interview, we’re living the dream!” And he isliving the dream.

The name of his shop—I Need More—is inspired by Iggy Pop, who Jimmy calls his spiritual guide. They are friends, and it was Iggy who was the catalyst for Jimmy to leave his longtime gig at a shop in the East Village. “It was the Iggy stage dive of fate that inspired me. You just run and dive and that’s how you get there. So that’s what I did. I gave notice at my job and I jumped out there to grab a star.” He opened I Need More last year, with friends like Slash and Duff McKagan of Guns N’ Roses there to cut the ribbon. “They told me not to tell anyone because they didn’t want it to be about them.” Jimmy also credits Slash for pushing him to get on Instagram, and to start texting. “In 2010 he told me that I would hear from him more if I texted so I learned.”

A week after the ribbon-cutting, a stylist friend called and said they wanted to do a shoot with Naomi Campbell in the shop. “I texted Slash and told him that Naomi Campbell was in my window, and then it hit me. I have awindow.” He gets emotional when he talks about his friends and the way his life has turned out. “I’ve lived through so many times, and not a lot of people are left. I carry on and I dance for all of those who aren’t here to dance anymore.”

He reminisces about the great times. “I remember the first time I went to Studio 54. I was this little punk boy listening to Iggy’s Nightclubbingon the radio and putting safety pins in my pants, and wearing a feather boa and my 34th Street high-heeled shoes that I spray-painted black. I walked down that opulent hallway and stood on the edge of that dance floor and my whole life changed. I was dancing the night away and kissing Rudolph Nureyev and everything was different after that.”

I ask him if he thinks New York is over. “New York will never be over, but you have to change and grow. You have to be contemporary.” He says, “I wanted this store to be about the past, the present, and the future. I used to get hassled for dressing Lil Wayne or Beyoncé. How can I say I’m rock and roll and edit out half the people because they aren’t someone’s definition of ‘punk’? You know what’s punk?” Everyone in the shop tunes in for this. Jimmy continues, “Jackie Kennedy stepping off the plane in that pink Chanel dress. She wanted everyone to see what had happened. She’s so punk rock I can’t believe it. When she redecorated the White House she may have pitched out Martha Washington’s couch, and then she invited the television cameras in to see it. She graciously walked through the rest of her life without saying a word. Class act. One of my biggest inspirations and the reason I live in pink. It’s such a punk rock color, but it all goes back to Jackie.”I Need More is a celebration of the rock and roll spirit of New York. Says Jimmy, “Never be so stuck in the past that you aren’t adding to the future.”