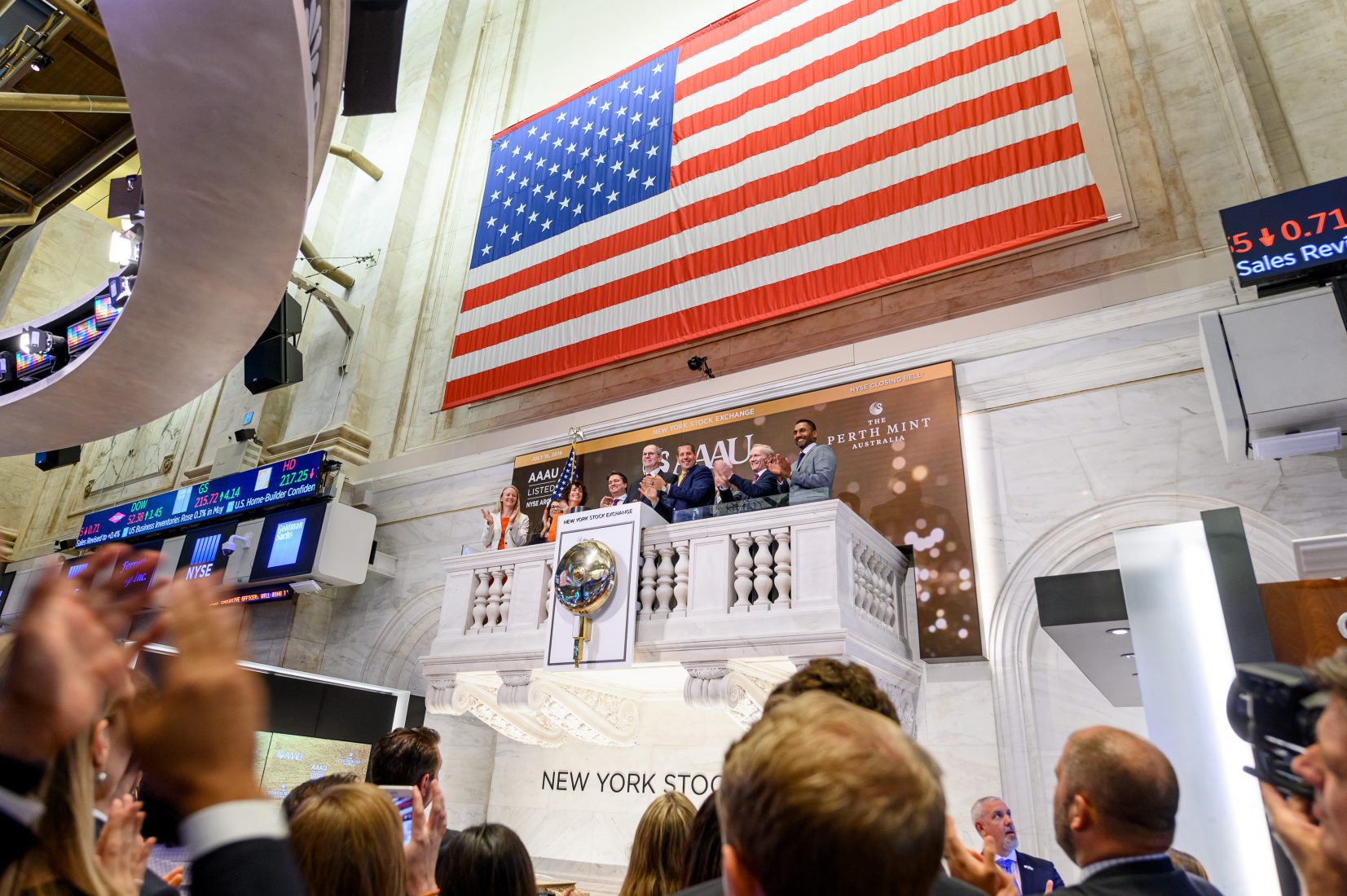 Of all the coins to find on the streets of New York City, few passersby expected to find a one-tonne gold coin on a New York sidewalk. The one-tonne Australian Kangaroo coin was on display Thursday, July 18th, outside of the New York Stock Exchange, marking the arrival of the Perth Mint to the world’s preeminent precious metals market.

The NYSE opened Thursday with a physical gold ETF product, AAAU, listed by the Perth Mint. An ETF, or Exchange-Traded Fund, is an investment fund which holds assets and can be traded on stock exchanges. In this case, the asset is real-life physical gold, which will be safeguarded within the vaults of the Perth Mint.

The move is a big one for gold traders, opening up Australia’s multi-billion dollar gold mining sector. “Launching AAAU here…was a natural progression for us,” said Perth Mint CEO Richard Hayes, “we may now offer American investors and the wider global market another platform through which they may invest in Perth Mint gold.”

The One Tonne Australian Kangaroo coin, which was displayed outside of NYSE for one day only, is as close as Perth Mint has to a mascot. The coin, which was worth about $50 million on the day it was displayed, “represents the vast natural riches found Down Under and Australia’s multi-billion dollar mining sector,” as well as the size and quality of the mint’s operations and its 120-year heritage.

Being that important, and being a giant wheel made of gold, the Perth Mint had to be careful to avoid theft. Several years earlier their 2nd place competitors in coin size, the Royal Canadian Mint, suffered the theft of one of their six Big Maple Leaf coins, worth about 1 million dollars American. The One-Tonne Australian Kangaroo is ten times heavier than a Big Maple Leaf, but the Perth Mint didn’t leave anything to chance. “We worked with security, logistics, and fine art specialists to mitigate the risk of theft,” said Hayes, “Security remains our top consideration.”