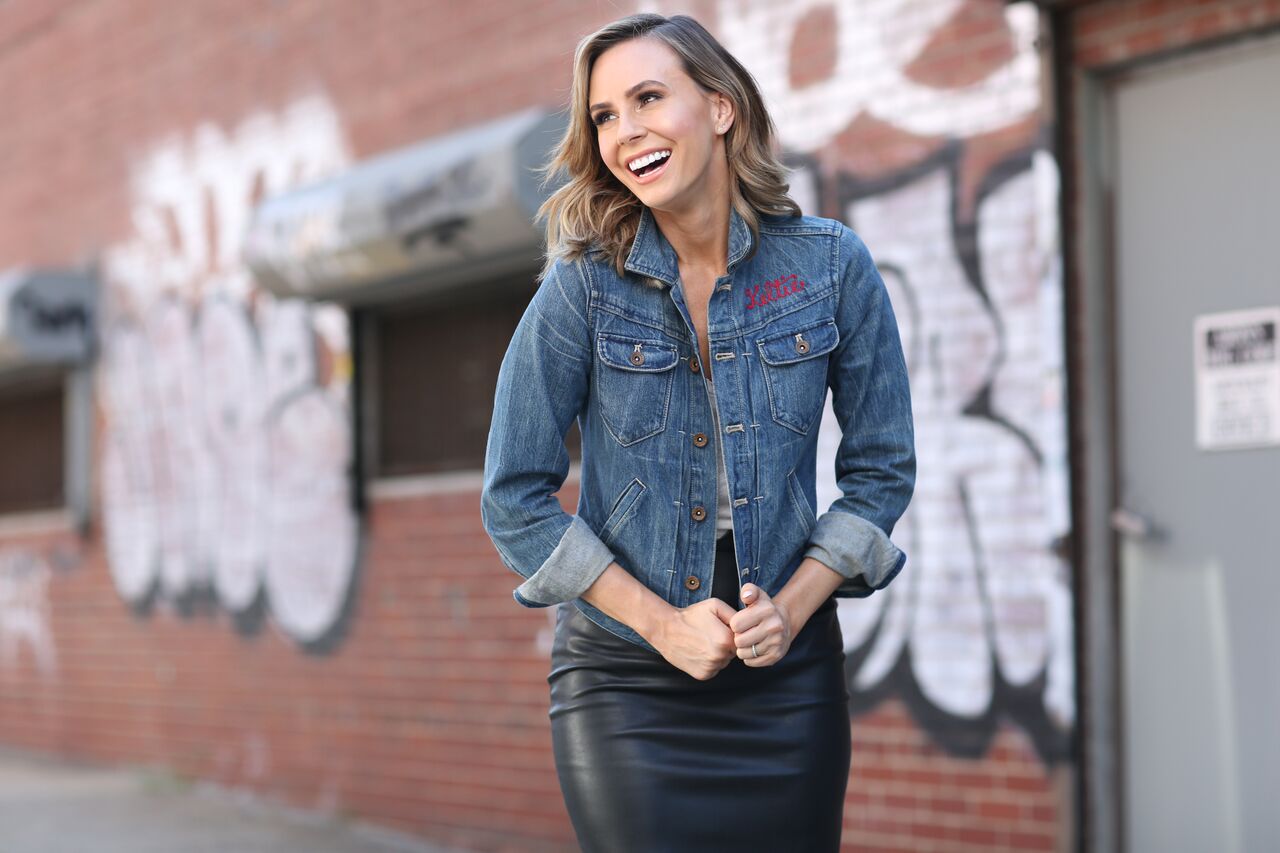 For many dancers, the dream is to be a Rockette at Radio City Music Hall. In the case of Keltie Knight, being a Radio City Rockette for six seasons was only the beginning of an illustrious career. Since 2012, Keltie has been an anchor for the syndicated CBS show The Insider. Keltie’s Insider duties regularly have her covering events all over the world, working the red carpets at the Grammys, the Primetime Emmys, the Vanity Fair Oscar Party, the People’s Choice Awards, and Cannes alike. Her bubbly and fun personality has also been seen in Sharknado 3: Oh Hell No! and as part of the 2016 Miss USA Pageant.

This Thursday, Keltie returns to host the Thanksgiving Day Parade Live On CBS alongside Kevin Frazier of Entertainment Tonight. Keltie spoke to Downtown about what is to be expected from this year’s parade, which will include performances by Sting and Miranda Lambert. The parade is also set to feature appearances by the casts of the Broadway musicals The Color Purple, On Your Feet! and School Of Rock.

You started off as a dancer. Now, you’re a TV host. How exactly did that transition happen?

Keltie Knight: Much to my teachers and choreographers’ disdain, I was the loudest, chattiest and craziest dancer ever. When social media began, I was obsessed with sharing my behind-the-scenes experiences working with huge stars like Taylor Swift and Beyoncé with my followers, and I usually got in trouble. I started a blog so people could follow my journey and it got so big that eventually the TV world took notice. There are bruises, major rejections, and some pretty epic hairstyles in between those 10 years, but here I am!

Looking back, is there a highlight from your dancing career?

KK: Taking my first little tap step on stage as a Radio City Rockette. A lifelong dream for me.

Was it always the goal to doing what you are doing now?

KK: I’ve always been a performer and I’m naturally very curious. I couldn’t have dreamed a dream THIS big, so I’m honestly shocked and still have to pinch myself daily.

How did the opportunity to host this year’s Thanksgiving Parade come about?

KK: Speaking of shock, I was totally shocked when CBS asked me last year, I am friends in real life with the longtime host Kevin Frazier, and we’ve always had amazing, natural chemistry. Last year was the highlight of my year, and to be asked back again was the ultimate compliment. Also, my husband HATES to be in front of the camera, and at the end of the parade we bring out our families, so I am really excited to see him turn all red and shy again this year!

Any idea who will be performing at this year’s parade? Anyone you’re especially excited to see?

KK: Well, we have Sting and Miranda Lambert— no big deal. (laughs) The fact that these major superstars want to spend their Thanksgiving with us is incredible. Do you think I can ask for an autograph? (laughs)

You’ve been part of The Insider for almost five years. What is a typical production day like for you?

KK: I wake up at 4:30 AM and head to the studio, do hair and makeup and look through the show. We film starting at 7:00 AM, and I’m usually out the door by 11:00 AM to run around Los Angeles to do various interviews. In the evenings I am often at Red Carpets, or screening upcoming movies. I work VERY hard. There is an incredible amount of research and preparation to do. I also am on a first-name basis with all the American Airlines flight attendants because I spend half of my life on the airplane to New York and back.

Do you have to travel a lot for the job?

KK: I have almost one million miles THIS YEAR alone. That girl yelling into her phone, running through the airport in sneakers — it’s me! Side note, can we all please sit down until our boarding zone is called? We are just boarding a plane, it’s not The Hunger Games, everyone!

What is your favorite part of working on The Insider?

KK: I would be lying if I didn’t say I really enjoy wearing the fancy gowns and borrowed diamonds! But, beside the material things, being in places like Cannes, France with George freakin’ Clooney one on one, knowing I am having a once in a lifetime experience, is what keeps me going.

Is there anyone you haven’t yet interviewed but still hope to?

Do you have any upcoming projects besides The Insider and hosting the upcoming parade?

KK: Yes! This year I co-created a podcast called LadyGang with actress Becca Tobin and fashion designer Jac Vanek. We are almost one-year old, and the response has been incredible. We have launched our site www.theladygang.com, and LadyGang Emojis, and a LadyGang subscription box- trying my hand at multimedia mogul. P.S. I need a nap!

KK: My ideal day off is waking up for a late brunch with my husband, a massage, cuddling with my doggie and then watching extended marathons of Fixer Upper on HGTV.

KK: My 100% fav in the WORLD: Paesanos in Little Italy. I’ll be eating my Thanksgiving dinner there this year with friends. It’s so small, cozy and the best food in New York City.

What about a favorite neighborhood?

KK: I’m really partial to Greenwich Village in Manhattan, because that’s where I lived in New York City. It was before it was as fancy as it is now, and I have tons of memories of spending my last $100 on BINGO night at Tortilla Flats drinking margaritas. There is so much magic in that area of the city. If you want a kick, read A Freewheelin’ Time by Suze Rotolo. She shared her time being Bob Dylan’s muse in the Village in the 1960’s — you’ll never see that area the same.

Finally, Keltie, any last words for the kids?

KK: It’s certainly a time of uncertainty and change, but I would want them to know that your life truly is what you make it. I have a Gwyneth Paltrow quote on my office wall that says “give yourself permission to be everything.” We have to work hard to make our dreams come true, and fight hard for what we think is right. Don’t give up the first time a door slams in your face, or the tenth time things don’t go the way you thought they would.