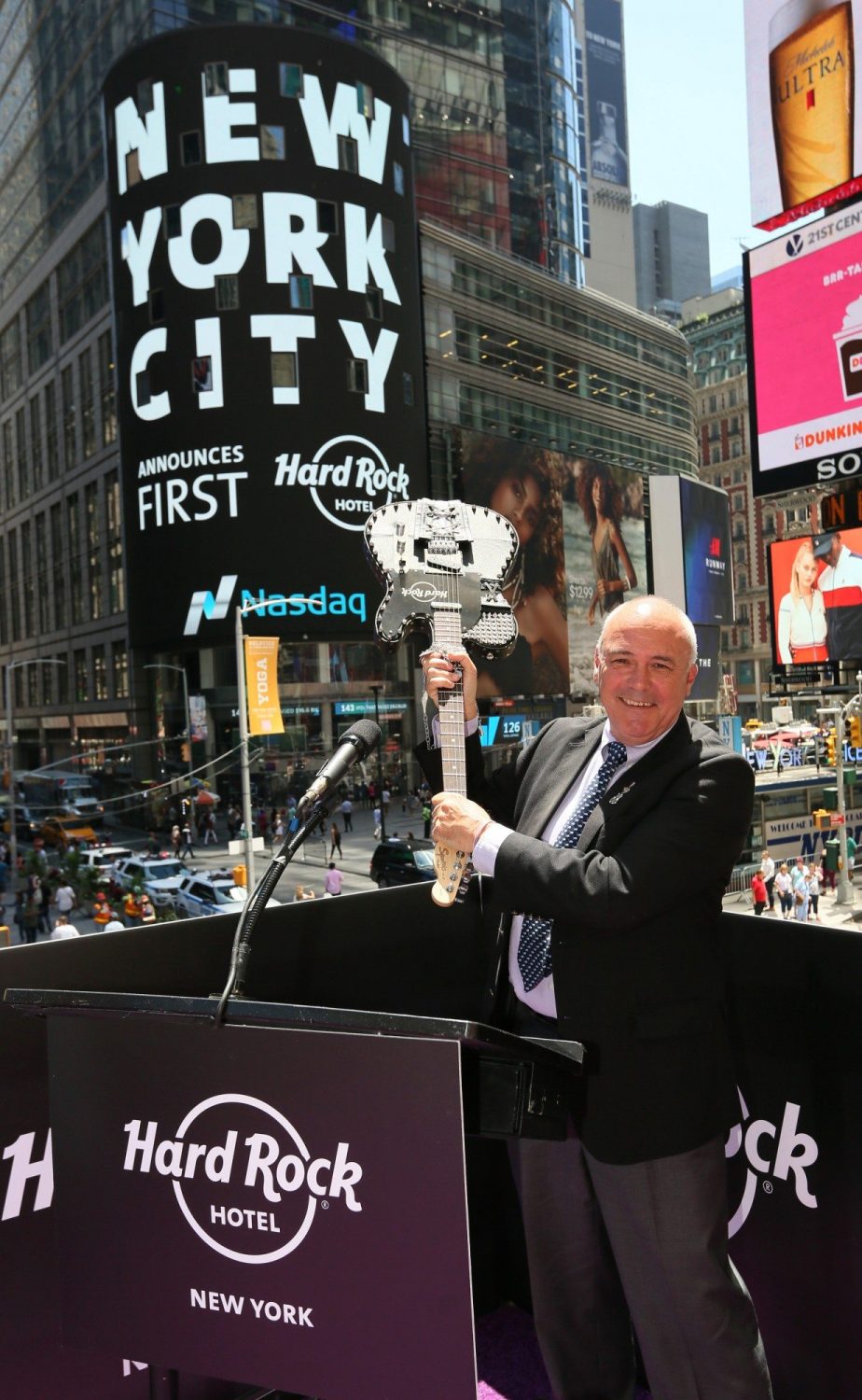 As unveiled at a press conference on Monday, Jun. 6, Hard Rock International announced the opening of the Hard Rock Hotel New York, slated to open late Spring 2019. The 445-room hotel will be opening on West 48th Street between 7th Avenue and Avenue Of The Americas. That location ought to ring a bell for music die-hards as it’s part of Music Row, where the Brill Building and music instrument stores reigned for decades.

The hotel will offer programming on its roofstop, including artist sessions and DJ sets. It will also reportedly host a “stylist and upscale underground speakeasy” and a “Rock Spa.” As with other Hard Rock Hotel properties, the Sound Of Your Stay music amenity program will be offered, which includes a Fender guitar and DJ-equipment rental for in-room rental.

The development of the Hard Rock Hotel New York is being developed in collaboration with the New York-based Extell Development Company. More information on the project can be found at www.hardrockhotels.com.