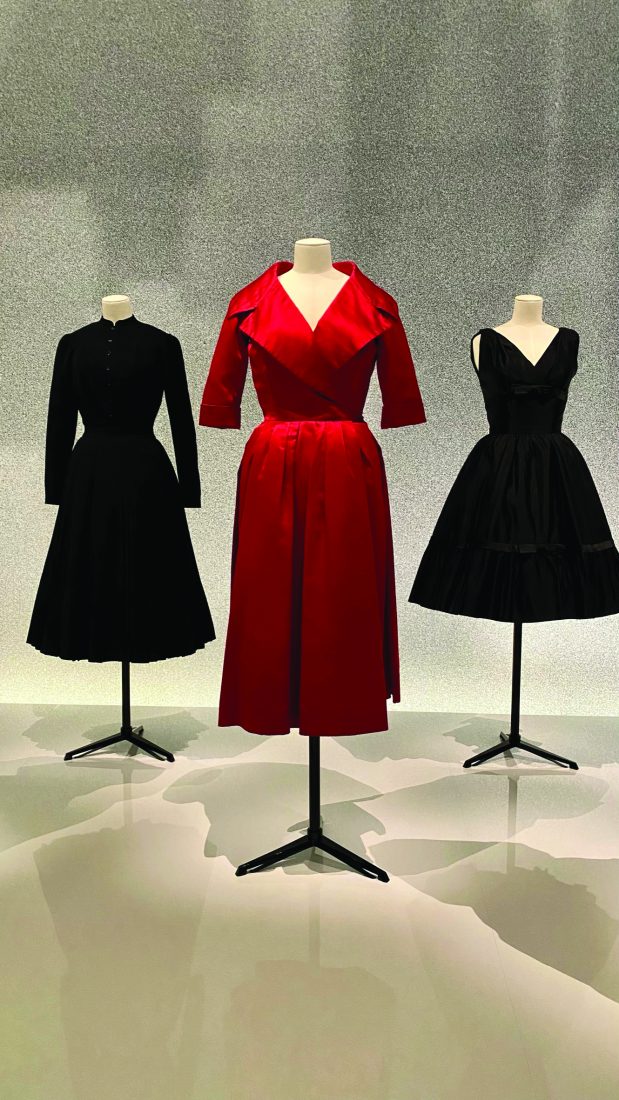 This exhibit at Brooklyn Museum opens with a timeline of Dior’s legacy, beginning with his early life and later walking through the different designers to take the helm of Dior in the late 20th and early 21st centuries.

Different collections, from the post-World War II era “New Look” to all-black cosmopolitan wear, are highlighted alongside historic texts and images of Christian Dior and his work between both France and New York. Other highlights later in the exhibit include some of Dior’s most elegant ball gowns and evening wear, an all-white display of the studio’s many toiles, or working garments, and a final atrium of floral and nature-inspired designs reminiscent of the elegance of the outdoors.