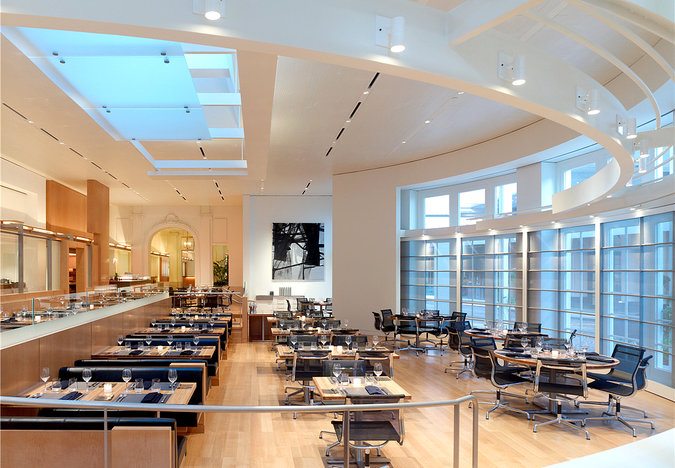 This summer, Wolfgang Puck will open his new New York City restaurant.  Named ‘Cut,’ it is a Lower Manhattan branch of the steakhouse chain that he first opened in 2006 at the Beverly Wilshire Hotel in Beverly Hills.

Long based on the West Coast, Puck has been on an expansion spree over the past few years, as he has opened new restaurants in Singapore, London, Bahrain and Istanbul and offering up cookbooks, cooking tools and prepared foods. His retail products alone are worth hundreds of millions in sales each year, according to Bob Goldin of Technomic, a food-industry research and consulting firm.

Rather than cooking formal French food, the restaurants offer his own French take on traditional cuisines. When opening his first Chinese restaurant in 1983, he says he used butter as a thickening agent instead of the more traditional cornstarch. “It was very rich,” he recalls. “I made the richest Chinese food there was.”

In the future, Mr. Puck thinks that it “might be good” to open a branch of Spago in New York.  While he is also exploring the idea of a modern Mexican restaurant, he is in no rush to embark on new dining concepts just yet.

“It’s like having another child,” he says.  “It takes a lot of time and patience, and then you have to make him grow up.”