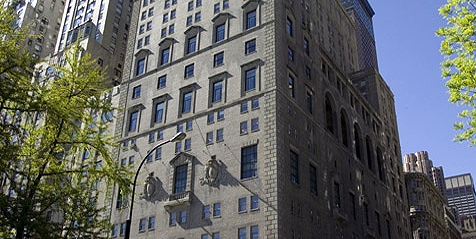 There’s no way the intensely frigid weather can compete against the athletic spirit of New Yorkers.

The NYAC has hosted and sponsored some of the top athletes and events in the world in it’s storied 197-year-history and can boast 119 Olympic gold medals, 53 silver medals, and 59 bronze medals among it’s members.

This Sunday’s event will feature a unique set of rules for the 100 competitors from the NYAC, and other top clubs including The Harvard Club, The Yale Club, The University Club and others.

Swimmers will compete in the facility’s state-of-the-art pool and be measured by the number of laps they can swim in a set period of time. Biking competitors ride stationary bikes and are scored by the miles they log. Finally, runners are measured in the same way on the Club’s legendary indoor track.

The timing of this event makes it a good lead-in to the triathlon season, which typically gets underway in the spring.  Athletes can use it to determine how to adjust their training and areas for improvement. Non-triathletes can benefit just from the cross-training and the aerobic conditioning.

“This is a spectacular and unique event that solidifies the NYAC’s well-earned reputation as one of the world’s leading athletic institutions,” says famed New York Developer Elie Hirschfeld, who is not only a longtime member, but an accomplished competitor in more than 100 triathlons, himself.

“To be able to compete in this unique competition is not only a challenge, it’s an honor,” says Hirschfeld.