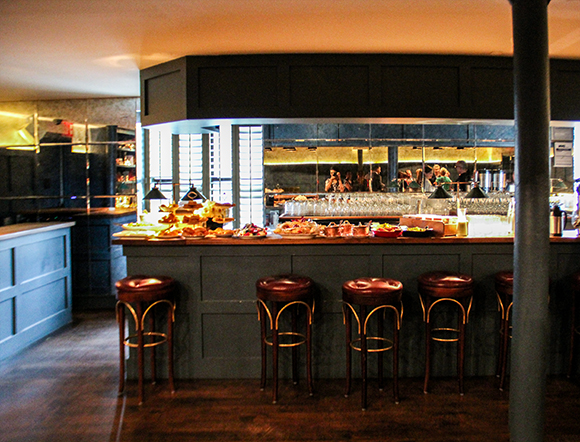 EXPO Chicago has been under the successful leadership of President and Director Tony Karman. At an exclusive breakfast at the SoHo House New York on June 11th, Karman spoke about EXPO Chicago and expressed his appreciation toward the exhibitors, who will display their collections this Fall. On behalf of the presenting sponsor–for the third consecutive year–Northern Trust, David C. Blowers, the President of Northern Trust East Region, also articulated his excitement for this September’s EXPO Chicago.

Melissa Cherry, VP of Cultural Tourism & Neighborhoods of Choose Chicago, also said a few words, emphasizing Chicago as the hot-spot to visit for the fall. When speaking about the exhibitions taking place at EXPO Chicago, Grotto recommended checking out the David Bowie Is collection at the Museum of Contemporary Art Chicago.

Make sure to mark your calendar for the following EXPO Chicago highlights: