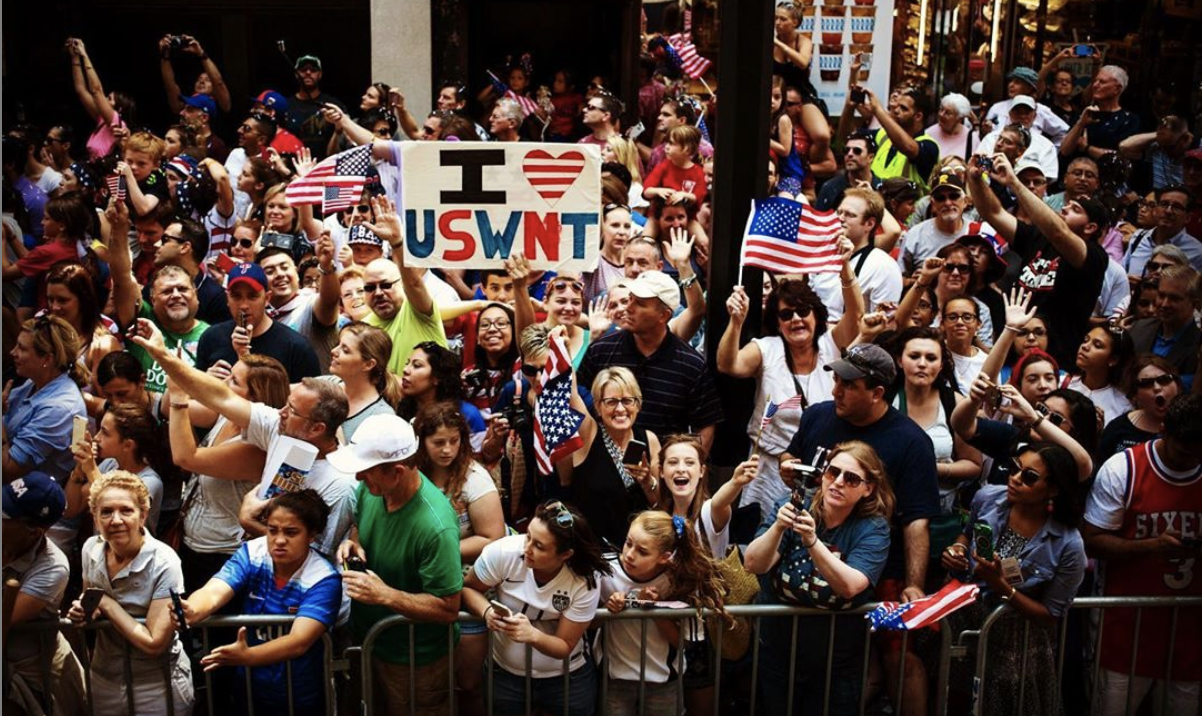 Sports are a welcome distraction.  Whether it be a balm from work-related stresses or a night at a pub, a sports game can be an ideal potion to entertain the spirit.

At times we closely relate to actual sports because we played them as children. Other times, the ritual becomes tribal, and we fervently support our home team. Remember – “fan” is an abbreviation of “fanatic.”  Sometimes, we dutifully follow our family traditions or alma mater. Whatever the actual cause, the effect is a visceral reaction to a sport or team.

Every so often and rarely, we come across a team that transcends their sport. Transcends their mandate to solely entertain. That team touches us by connecting to us at a level that lacks definition. We know it when we see it scenario. The current US Women’s National Team is just such a Team.

Sure, they are talented. Their effort at this World Cup was an amalgam of skill and hard work. The team is fun to watch. In a sport replete with 1 nil results, this team appeared to produce goals on an assembly line.  Opposing fans even liked them. Derogatory football chants are notorious; especially in major tournaments. For reasons beyond articulation, this team was beyond reproach.  Their performance was heroic.

During such occasions, Downtown opens up its Canyon of Heroes to commemorate the notable accomplishment. Coincidentally the first ticker-tape parade was also held for a Lady. The dedication of The Statue of Liberty on October 28th, 1886 resulted in local stockbrokers festooning lower Broadway with ticker tape from their newfound stock ticker device. Ever since, Downtown has seen fit to regale world leaders, sportspersons, dignitaries, and inventors with the pomp and parade entailed in the stroll from The Battery to City Hall.

Why are some worthy of such praise? I’m not certain what the litmus test is. However, one thing is evident. This morning, every little girl had a twinkle in her eye when she saw her hero parading up Broadway.  Maybe she was dreaming of also winning the World Cup someday; or scoring a goal at her next game; or simply holding her head high when circumstances called for it to dip just a bit.  If this generation of young American girls can find reason to dream, then I think we know it when we see it.

And thank you, Downtown.