William Shatner Talks to Downtown, to Bring “Shatner’s World” to the Area on Jan. 21 & 22 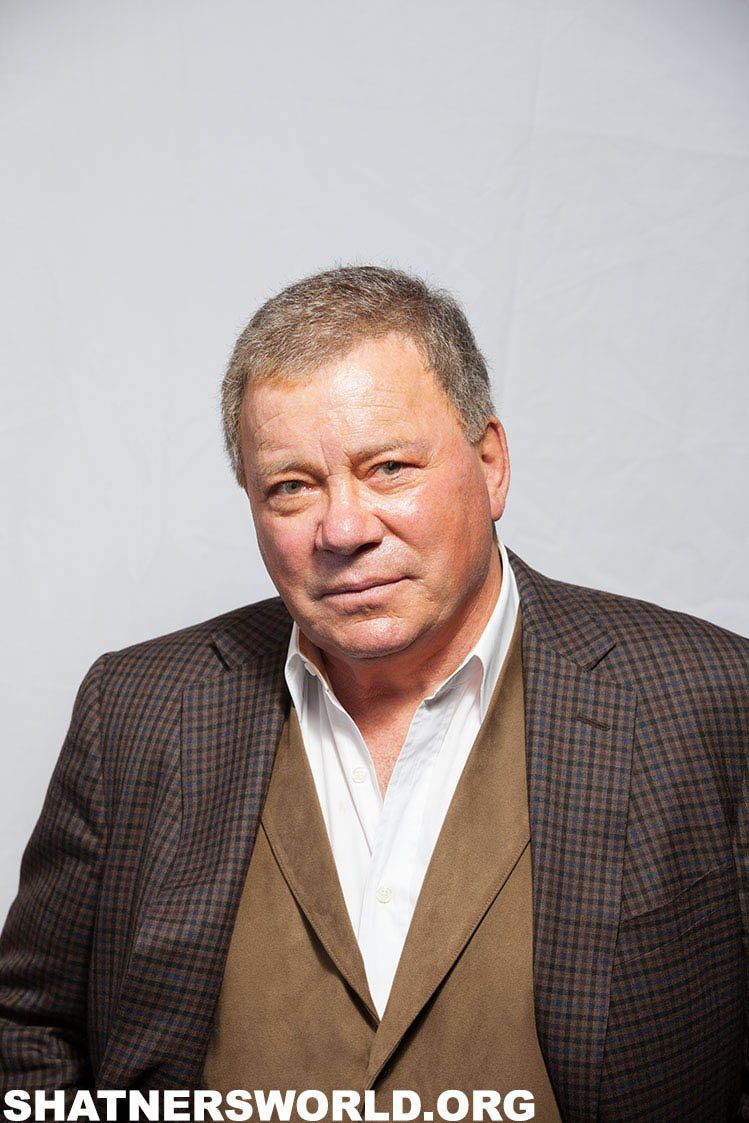 It has been almost 50 years since William Shatner first appeared as Captain James T. Kirk on Star Trek, yet William Shatner remains one of the most recognizable entertainers all these decades later. Beyond starring in hit shows like Boston Legal, Weird Or What? and T.J. Hooker, he has established himself as a director, producer, author, host and investor, among other titles. He also manages to find the time and resources to act as a philanthropist, being very involved with Habitat For Humanity, Children’s Hospital Los Angeles and the Priceline.com Hollywood Charity Horse Show.

Mr. Shatner returns to the New York area for a pair of live appearances on Jan. 21 and 22. Titled Shatner’s World, attendees of the one man show ought to expect an evening of stories — of ranging emotions — from the man himself. In advance of these performances at the Bergen Performing Arts Center and the Theater At Westbury, I had the pleasure of speaking to Mr. Shatner on behalf of Downtown Magazine by phone. Ultimately, I came away inspired and in awe that a person already so established is still trying new things.

For more information on William Shatner and his various endeavors, click here. For those unable to see him locally in January, he will again be nearby on Feb. 5 (Count Basie Theatre) and Feb. 6 (Foxwoods).

For someone who hasn’t seen the Shatner’s World show live before, how would you describe it?

William Shatner: A vastly-entertaining evening filled with laughter and tears and some pertinent information. Mostly you’ll be entertained, you’ll get your money’s worth, I promise.

When you’re putting together your show, are all of your stories pre-planned or is any of it stream of consciousness? How does it usually work?

W: Interesting question. I have told stories over the years, at various events, of things that have happened to me. Those stories became the pillars of the evening into which I built connecting material. There are subject matters like “What is comedy?” “Why do we laugh?” There is music, there’s grief, there’s the bewilderment of death, there’s love, there’s a story about a low-land gorilla, a stolen motorcycle…events that pertain to my life but are interesting things that have a great deal of laughter to them, and in some cases, tears.

A lot of these themes are involved in a project of yours that I’m a big fan of, Breaking Ground. How did you get involved with that project?

W: People call and say, “Would you do this?” It seemed interesting. Now, for me…I won an award recently for voiceover…for a children’s program, called Clangers, on NBC. There they had the music and the sound effects, and I did it to picture while listening to the music and the sound effects. In telling a children’s story, in effect, to images that were on the screen that didn’t talk. I tried to weave my voice in and out of the sound effects and music so that the voice became part of the other entities forming the background of that film. Breaking Ground was totally different in that they had the film and I didn’t see the film, they just described it. I chose to narrative it, close, low, into the microphone. When I saw the voice and the film together, I thought it was the right choice. Most people would not have done that, they would have added the energy of the narration to the energy of the film. I luckily made the choice to do a counterpoint to the energy of the film, so the narrative is total contrast and totally different from Clangers. So when you ask me how that came about, they asked me to narrate but in most instances, I like to try bring something of me, something I can add creatively, to what could have been just a straight narration.

Also, you came into it — presumably — as a non-wrestling fan, so it was a unique perspective you were able to put to it.

You’re an actor, singer, director, producer, host, author…Just about every title I can think of you have experienced success with. But is there anything that you’re still striving to do?

W: Well, I’m always trying to do something. Sometimes a project comes along and I think, “Gee, that’ll be a good idea.”  I start to do it and I think, “Why did I think that would be a good idea?” Recently in the summertime, I drove a motorcycle — of which I helped design — from Chicago to Los Angeles. You can look it up, it’s called the Rivet, rivet.com. You’ll see the motorcycle. It seemed like a good idea, it had never occurred to me to drive a motorcycle that distance until I heard myself say, “I’ll drive it.” We started to put it together, and when it came time to drive it, I thought, “What have I done?” That sort of thing is happening all the time. What do I do next? Tomorrow I’m doing a Shakespeare reading in front of 1,500 people who have paid $750 a ticket with people like Tom Hanks. We’re doing Twelfth Night, I’ve been doing it for 10, 15 years now. Every year Tom Hanks puts on this Shakespeare reading and a lot of his famous friends come and play parts in Shakespeare. We raise money for classical education in the schools. That’s sort of out there. On my desk, momentarily, will appear three movie scripts with parts of various value. I’m going to have to make some decisions as to whether I’m going to work on them or not. It’s a matter of inventing…I’m working on a documentary sizzle reel right now about new talents at NASA, I’m editing that right now. I’ve invented what I think is a new form of entertainment: cinematic graphic novels. If you go to shatnerssingularity.com, you’ll see what I mean. It’s a moving camera on a comic book, but you’ll see how different it is with music, sound effects and my narration, but you read the bubbles. It’s like somewhere between an animated film and a comic book, but it’s neither. I’m doing these off-beat projects because they’re interesting and I think I can add something to them. I’m not quite sure what happens next, but I know something interesting will come about, because of these fallow fields that I have plowed.

When was it that you realized that you were more than just an actor? And that you shouldn’t just put everything in the basket of acting?

W: Everything evolves from that…getting a laugh. I think that’s the first primary thing, at least for me. You tell a story and you get a laugh, “Wow, I got a laugh on that one.” And you try again, and then you get another, and you get another. Suddenly you’re stringing the laughs together or somebody’s written a series of laughs. Then the laughs evolve into tears, and now you’re making them laugh and cry. You’re thinking, “That’s great, I wonder if I can write a joke.” Then you write something more and suddenly you’re a writer, or at least you’re suggesting projects. And then you think, “That guy didn’t set up that joke at all, I bet I could direct it better.” Then you’re a director. Then you have something that you want to produce, and you produce it. Then suddenly people are asking you to do other things and you’re doing them.

So I guess it all comes out of going for a laugh. But how did that come to lead you to becoming a successful tech investor? Did that stem out of your work with Priceline?

W: (laughs) There’s no real process, but I’ll try and define one. So I became interested in technology, science, science-fiction and what’s out there. “Well, we think we have this, but we’re not sure.” Then somebody comes along, my daughter married a special effects guy, a wonderful guy, Andrew. Andrew says one day a few years ago, he said, “In the special effects thing, they’ve invented a little box that will make things in 3-D. So I’m doing some of my appliances by using a rubber material. I have the plans put into the computer and this box layers up the prosthetic that I used to make by hand.” He says, “Someday that’s going to get bigger and bigger.” That became 3-D printer. He knew about it because it was being used in a specialized way maybe five years ago. I don’t think it was just starting, but it came to my attention about that time. So you hear about things, if you’re involved in science-fiction, people are always talking about new things or you’re reading about new things. Gorilla Glass, I read some years ago that iPhones were going to be made of a tougher glass called Gorilla Glass. I looked that up and it was being made by Corning. It’s that kind of thing that I think you’re referring to. Suddenly you’re thinking, “That sounds interesting, I bet something will come of that.” Most of the time you lose on that, but sometimes you win.

So in closing, any last words for the kids?

W: For the kids? Come to the Westbury Theater in Westbury, New York, come to the Englewood Performing Arts Center in Englewood, New Jersey, and laugh and cry with me, and we’ll celebrate.