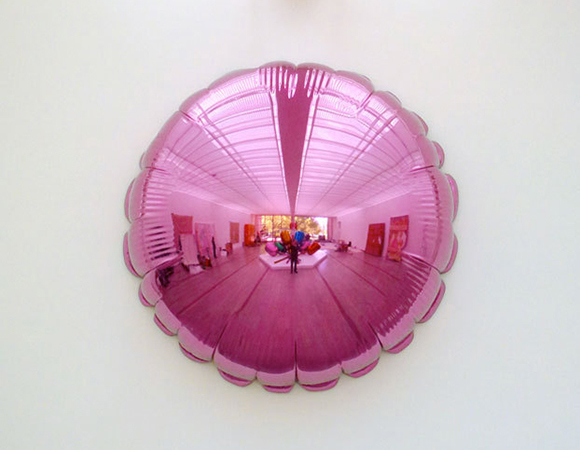 After 48 successful years of displaying beautiful collections and pieces from the greatest artists of this nation, the Uptown Whitney Museum of American Art on Madison Avenue will close its doors by the end of 2014. The museum is relocating to Renzo Piano’s newly designed building in the Meatpacking District.

For its last hurrah uptown, the Whitney will exhibit Jeff Koons‘ complete repertoire in Jeff Koons: A Retrospective, from his beginnings in 1979 to the present. This will be the first exhibition to occupy the Whitney in its totality; a collection of around 120 of Koons’ pieces will be on view from June 27 to October 19.

Koons mainly focuses on recreating ordinary objects, transforming them into lavish looking icons. His piece, Balloon Dog (Orange), was sold at 58.4 million dollars, slightly higher than its estimate of 55 million dollars, making it the most expensive art piece sold at auction by a living artist.

Koons, originally from York, Pennsylvania, has shown his work across Europe, including the cities of Oslo, Naples, Helsinki and Berlin. It’s also figured prominently in his new hometown of New York, but this will be his first ever solo, large-scale museum presentation in the city.

In a recent project, Koons collaborated with Lady Gaga to design the front cover of her third album, ARTpop. He also crafted a handful of sculptures for Gaga that were showcased all around in her ArtRave performance.

The exhibit, opening June 27th, will be set up by Scott Rothkopf, Curator and Associate Director of Programs, and Nancy Crown, Secretary of Board of Trustees at the Whitney Museum. “This retrospective will demonstrate how Koons’ objects all fit together creating a compelling story that will surprise all audiences, those familiar with his work included,” said Rothkopf in a press release.