What Does NYC Think About Online Gambling? 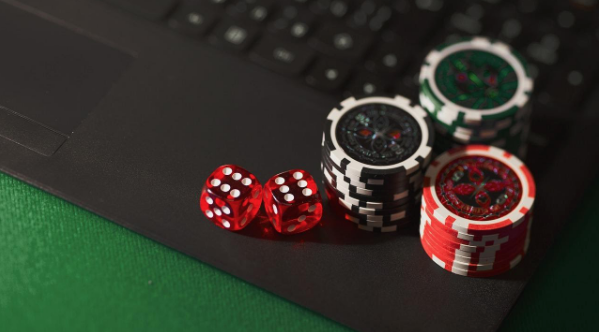 New York City, also referred to as the Big Apple, is known for its rich history, mesmerizing skyscrapers, amazing food, and sights. But one thing New Yorkers can’t do is operate an online gambling platform within the state.

Gambling regulation means the residents have to resort to online gambling platforms that are usually overseas such as Sbobet while the state’s government loses millions in potential revenue generated.

The New York government is aware of the money it loses annually by its absence of legalized online gambling. The state is slowly taking measures towards legalization.

In 2019, Senator Joseph Addabbo Jr. sponsored a bill that made online poker legal, citing the game requires more skill than luck to win. Gambling stakeholders have seen this as a positive step by the government and are lobbying to make all online gambling legal.

There is no word on when online betting will be available in the state since its legalization will require some minor amendments in the constitution. Its legalization requires time and effort and for two independent legislatures to pass the necessary referendum. Both processes are stringent and lengthy. But gambling stakeholders are not backing down.

Until online gambling is legalized in New York, there are platforms such as Sbobet that give New Yorkers the option to play their favorite casino games as well as bet on sports. But keep in mind that the state has set the minimum age limit of sports betting at 21. This requirement ensures online gambling platforms are taking bets only from users above that age limit.

Unlike New York, New Jersey legalized online gambling back in 2013. The state has been far more progressive when it comes to online gambling and casinos in general. New Jersey residents and those at the New York border can use platforms that operate within the state of New Jersey to wager bets and play casino games.

New York state’s government has taken note of the revenue New Jersey generates from taxable income that gamblers generate from online gambling platforms. New York can generate a lot more due to its much larger population.

When Is Online Gambling Expected To Be Legalized in New York?

It seems it won’t be long before online gambling is legal in New York. Many people working to make the change believe legislation to legalize online gambling will be passed in a couple of years or even as early as 2021. Lawmakers are making progress by working to provide New Yorkers with a way to test their skills in casino games online, using reliable sites that are within the state’s borders. They have numerous other U.S. states to model after, including its neighbor New Jersey.

There is nothing but economic benefit for the state, which makes legalization a smart decision. The Wall Street Journal predicts that New York could generate up to $48 million from the legalization of online gambling in the state. The state government is certainly looking forward to that added revenue.