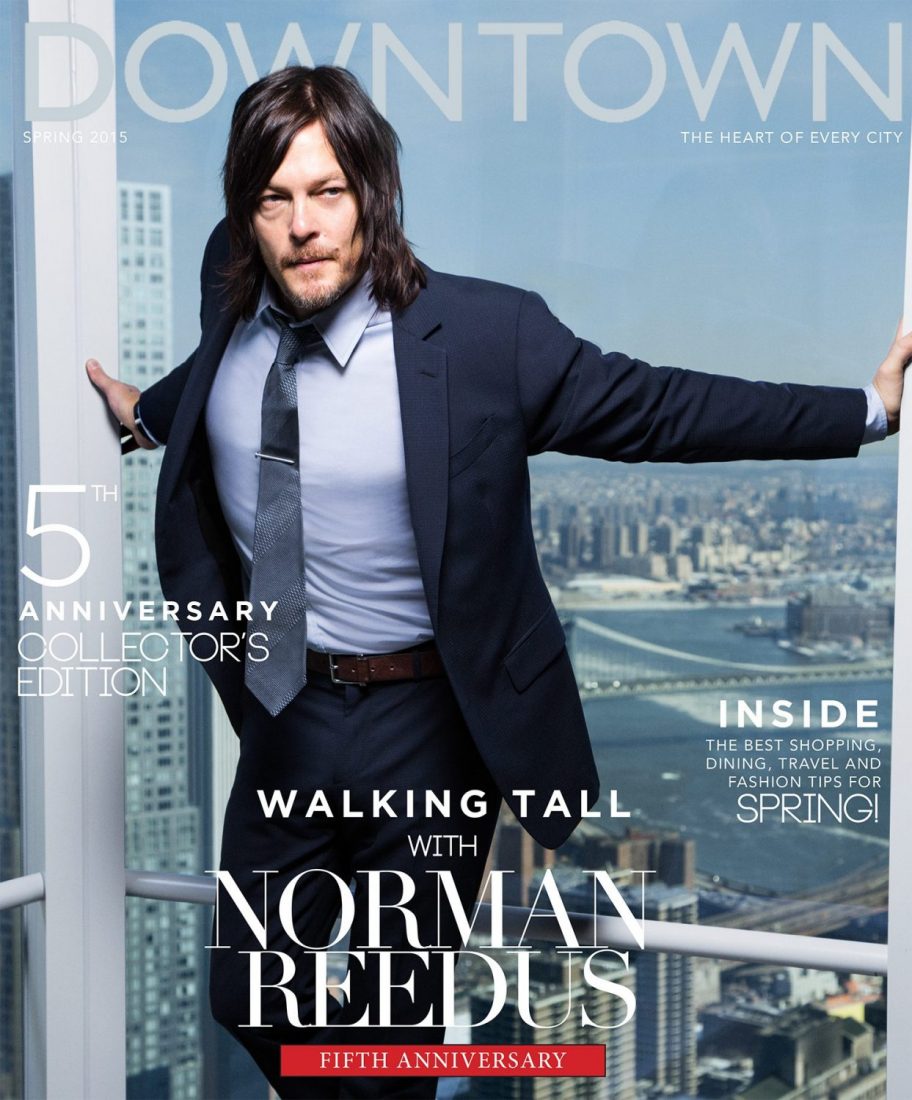 One of Downtown’s highest-selling cover talents, Norman Reedus graced the September 2015 issue of Downtown, spotlighting his role in the hit show, The Walking Dead. Now, the spotlight is on Walking Dead Creator and Executive Producer, Robert Kirkman.

Downtown got an exclusive first-look at Gotham West Market of STUBBORN SODA’S new campaign and content series with Kirkman, also Co-Founder of entertainment company, Skybound Entertainment. The debut video from their collaborative campaign was a short video account of how Kirkman brought his visions to life with The Walking Dead. Kirkman focused on expertise and technique in the development of the show, similar to the traits weighed by STUBBORN SODA in the launch of their new line of specially crafted sodas, with unanticipated flavor blends, taking a renegade spin on traditional flavors.

“It’s no surprise I am stubborn about my creative process, which is why I like what the STUBBORN brand is all about,” said Kirkman. “They are helping us tell the real gritty stories of some of the best creators who aren’t afraid to go against conventional means.”

In the short video Kirkman talks about his humble beginnings as a comic writer, to taking the leap and starting his own publishing company. Prior to the video was a Q&A where Kirkman talked about his stubbornness in entering partnerships, and his exacting attitude in finding the right matches. He believed STUBBORN SODA was a great fit.

Kirkman’s STUBBORN story is the first to make its debut in a content series that highlights how creators manifested their passions by taking the road less traveled. Kirkman’s story will be followed by profiles from other Skybound Entertainment creators. STUBBORN SODA and Kirkman launched their campaign in July 21st of this year in San Diego.

STUBBORN SODA is committed to excellence and quality in making their STUBBORN SODAS. A 12-ounce ounce bottle of soda is 90 to 100 calories, made with Fair Trade Certified Cane Sugar and Stevia, with no high fructose corn syrup or artificial sweeteners. The flavors range from Classic Root Beer to Lemon Berry Acai. Unlike popular soda brands, STUBBORN offers an alternative approach to soda. STUBBORN SODA is available at Gotham West Market in bottle and fountain, and for purchase at major New York City retailers.

“We don’t compromise on our ingredients,” said a representative from STUBBORN SODA.

Mariah Brown is a lifestyle writer and events enthusiast. She currently resides in Brooklyn, New York. Mariah Brown can be followed on Twitter via @mariahbrownnyc.