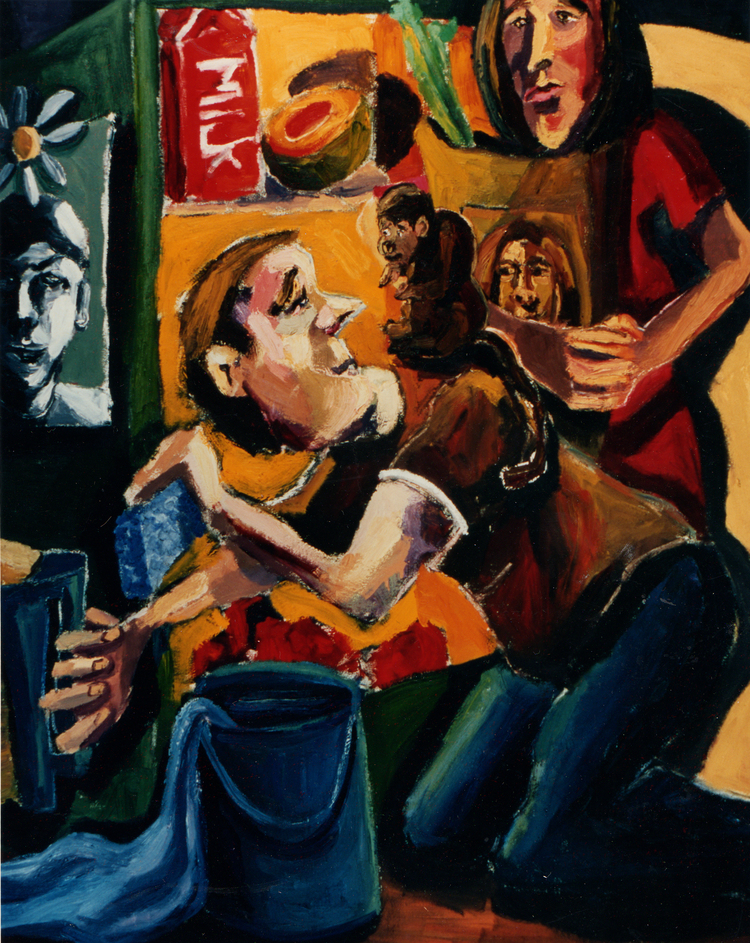 Lower East Side streets will be reborn with colorful sketches like these from artist Kim Sillen this spring.

The streets of the Lower East Side will get a splash of color from Urban Art this Spring in the wake of this week’s announcement that the Lower East SideBusiness Improvement District (LES BID) and artist Kim Sillen have been selected to receive funding from the Department of Transportation’s (DOT’s) pARTners track in their Urban Art program.

The actual art will be the first example of asphalt art on the Lower East Side and will be installed on a nearly 1,000 square foot triangular section of the street is already closed off to vehicular traffic at the intersection of Ludlow/Division & Canal Streets.

Kim Sillen’s design, ‘Modern Tapestry,’ was selected by a panel of LES community stake-holders and professionals in an open call posted by the LES BID on ArtHere.org, a site that connects artists with opportunities for public art. Sillen, LES resident and community leader, described ‘Modern Tapestry’ in her initial proposal as, “…a response to the beautiful, varied texture that is produced where diverse traditions merge in the face of change. It also murmurs of the modern and the traditional in the same breath, uniting them with color,” it read.

A brilliant sample of the work of artist, Kim Sillen which will be featured on Lower East Side Streets.

“Transforming public space that improves quality of life for residents and merchants alike is and will continue to be a top priority for the LES BID. We are beyond excited to see these initiatives recognized to receive funding by such a competitive selection process as the DOT’s pARTners program,” said Tim Laughlin, Executive Director of the LES BID. “This asphalt art installation is just part of our plans for public art in the coming year,” he continued.

The actual installation of ‘Modern Tapestry’ is slated to take place in spring, 2014. From now until then, the LES BID will be in talks with local schools, such as the New Design High School, and youth community groups to get students involved and excited about the possibilities that can exist in the community-driven public art sphere.