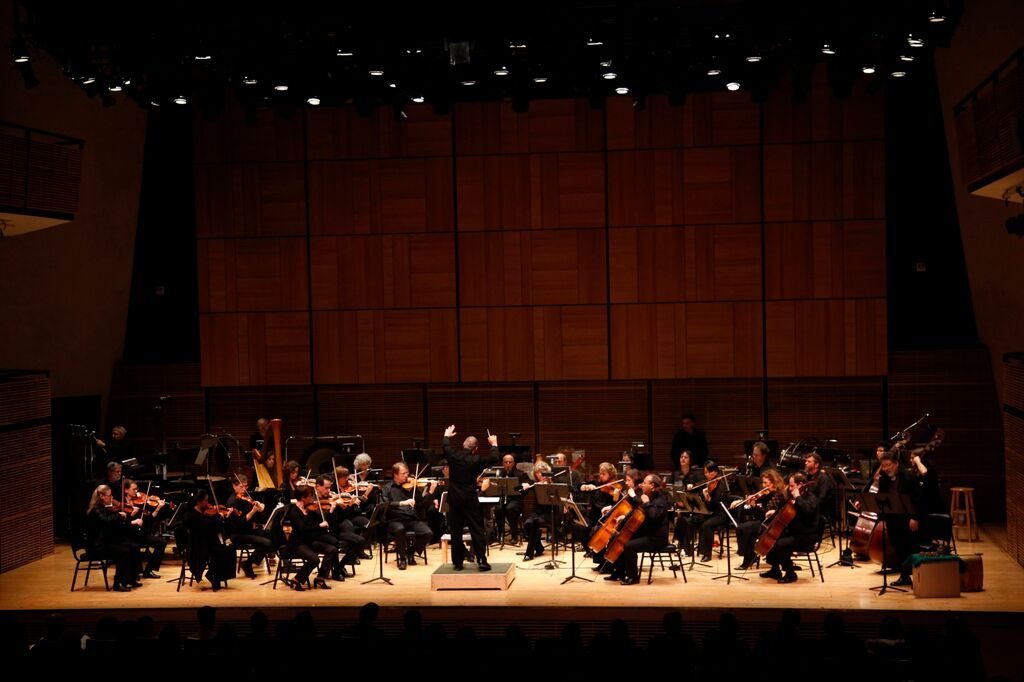 Billed as a festival of 21st century music by composers age 40 and under, SONiC launched in 2011, as curated by American Composers Orchestra director Derek Bermel. Taking place over the course of nine days this year – October 15th through 23rd – SONiC events will be staged at nearly a dozen venues throughout Manhattan and Brooklyn. Ultimately, more than 60 composers will have their work featured, and more than a dozen of the composers’ music will have their world premiere during SONiC.

I had the opportunity to speak with Derek about SONiC, the rare sort of music festival that prioritizes originality over commercial appeal. As the SONiC festival is not genre-specific, there is undoubtedly something on the agenda for everyone. As an added bonus from our Q&A, Derek also provided a list of his influences, many of whom that the majority of our readers likely not have experienced.

Beyond what is featured in the SONIC:variant app, more information about the festival is available at www.SONiCfestival.org. For those unavailable to attend the opening night SONiC event at The Jerome L. Greene Performance Space (44 Charlton Street) on October 15th, it will be broadcasted live over the web at www.q2music.org.

How would you describe the SONiC Festival to someone not yet familiar?

Derek Bermel: The SONiC Festival is a celebration of composers age 40 and under. It’s a nine-day immersion in the music of these past 15 years — the 21st century — conceived and created by a generation of talented and innovative composers who are drawing on everything from Robespierre to robotics for their inspiration.

Where did the idea for this festival come from?

D: At the American Composers Orchestra, we champion emerging composers and try to increase awareness of the immense variety of music being created for the orchestra today. SONiC is a logical extension of this mission, and it gives us the opportunity to have even more impact. Two ACO concerts serve as linchpins, at the beginning and end of the nine days. During SONiC, we feature colleagues who are focused on chamber music, string quartets, percussion, large and small ensembles, as well as big band, jazz, Latin music, and electronic music. The ensembles hail from New York to Los Angeles to Europe and South America, presented at venues of all shapes and sizes throughout New York.

D: It’s the festival’s free app! Media artist Joshue Ott is an old friend of the festival, one of our original composer-collaborators in 2011. With SONiC:variant, he and composer Kenneth Kirschner have teamed up to offer an interactive audiovisual art experience for users of any age. The musical composition – commissioned by ACO – is constructed from individual notes played by all different composers and performers participating in this year’s festival.

To you, why is it important to feature artists and composers under the age of 40?

D: This younger generation of composers has an eclectic spark, fusing the energy of pop music and electronica with conceptual trends from the art world as well as traditional forms from Western European music, jazz, and other styles. And they grew up with computers, which is perhaps the main characteristic that separates them from my generation. Many are entrepreneurs, creating their own ensembles and concert series, seeking out new venues to showcase their work. We’re just presenting a snapshot of what’s happening in a diverse field. We want to get audiences excited about artistic creativity in the 21st century – both here in America and abroad.

So far, what has been the most challenging part of putting together this festival?

D: The toughest thing has been narrowing down the programs. If we could, SONiC would present 800 instead of 80 composers! And we still wouldn’t do justice to the incredible variety of music being written and performed today.

Are there any artists you’re especially looking forward to seeing perform during the festival?

D: Well, I’m thrilled about so many of the concerts, for all kinds of reasons! In particular I’m excited that we’re bringing several groups for their New York debut – including wildUp from Los Angeles, who will play at Roulette in Brooklyn, and Nieuw Amsterdams Peil from Amsterdam, performing at Le Poisson Rouge in the West Village. I’m really looking forward to our marathon concert uptown at Merkin Hall featuring the JACK Quartet, SO Percussion, and Face the Music playing 17 new compositions, including our youngest composer, Paris Lavidis! We’re helping bring attention to a beautiful new venue, National Sawdust in Williamsburg, whose focus is on presenting contemporary music. Of course, speaking as Artistic Director of ACO, I’m also proud that this fantastic orchestra will perform nine world premieres at the Wintergarden WFC and Carnegie Hall.

Assuming that there will be another SONiC Festival next year, how can a composer submit their work for consider? Is there anything in particular you’re looking for in submissions?

D: ACO receives submissions from composers all the time; for those interested, the guidelines are here: http://www.americancomposers.org/composers/submission-guidelines. SONiC doesn’t happen every season, though we hope someday it will! The music was chosen in collaboration with the participating ensembles, so it depended on various factors including their current repertoire and schedule.

Who are some of the composers or artists who you regularly listen to?

D: That is such a difficult question, because I am continually seeking out newly-composed music, and I have pretty eclectic taste. For instance, I always listen to Craig Taborn. I am a huge fan of Mayra Andrade from Cape Verde. Yasiin Bey [formerly known as Mos Def] turned me on to Jay Electronica a few years ago, and I’ve been following his trajectory. Christopher Taylor is one of my favorite pianists. I listen to recordings by musicians with whom I’m collaborating, to get their particular sound in my ears. I try to check out new composers and performers, especially young folks; I appreciate the ones who surprise me and tweak my brain in unexpected ways.

Festival aside, what is the next concert you’re going to?

D: Last night I went to a show at The Stone that featured Tyshawn Sorey, who will be performing on SONiC. On Thursday, I’m going to hear the JACK Quartet play music by the Danish composer Simon Steen-Andersen at the Miller Theatre. Then on Friday I’ll hear the Argento Ensemble perform Haas and Scelsi.

Do you have a favorite venue to attend performances at in Manhattan?

D: Well, I used to enjoy the creaky, freaky Angel Orensanz Center, before the roof caved in. For vastly different reasons, I like Rockwood Music Hall, Merkin Hall, the Kitchen, the Apollo Theater, the Morgan Library. Limor Tomer, at the Met Museum, does brilliant programming. Being a native New Yorker, I can’t help loving Carnegie Hall and Lincoln Center, where I’ve experienced so many poignant musical moments…

Finally, Derek, any last words for the kids?

From A to Z, a list of musical influences provided by Derek: