The Rise of Urban Hiking: Making Manhattan Your Mountain 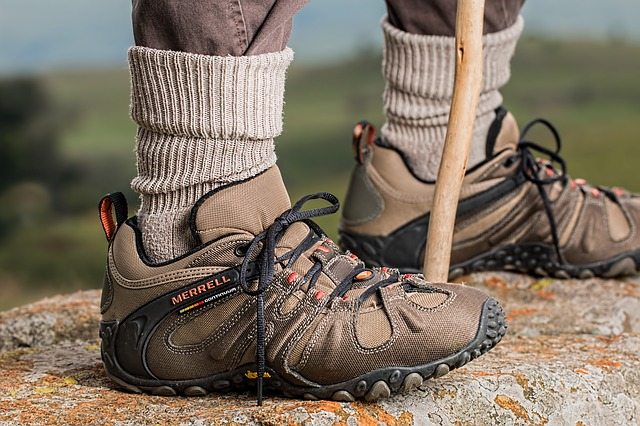 New York has plenty of tall mountains and outdoor activities, but it’s difficult for many residents to get all the way out to them. However, people in Manhattan unknowingly walk past strenuous hiking trails every single day.

This might seem strange because of the city’s famous reputation for skyscrapers and concrete walls. But these staggeringly tall buildings are exactly what make Manhattan an ideal location to take on a rising trend called urban hiking.

Urban hiking is just what it sounds like…hiking in an urban environment. The idea first gained widespread attention with Dan Koppel’s article in Backpacker Magazine, called “I Climbed Los Angeles.” With one long journey, Koppel managed to trek up approximately 5,000 stairs and forage into Los Angeles’ most intimate spots. He intensified his hike by implementing certain rules and restrictions, such as forbidding himself from backtracking.

Since the article was published in 2004, stair-climbing communities have popped up in large cities all over the country. These groups have not only helped solidify the idea of this new activity, but have also helped develop the concept.

While many of these communities originally focused on getting from one end of a city to the other, some traditional aspects have started to come into play. For instance, thru-hiking. The goal of a thru-hike is to travel from one end of a trail to another, which is a lofty ambition usually related to the Pacific Crest Trail or other long paths. During a thru-hike in an urban environment, the goal is usually to pass through all of the city’s stairwells.

Some people are also incorporating the idea of planning their routes to go through different environments. Similar to the idea that you can choose paths that go through different places, like forests and jungles, you can also plan your urban hike in the surroundings of your choosing. Liz Thomas, a prominent member of the hiking community, chose to go on an urban hike that was less focused on stair-climbing. Her goal was to complete the Selma to Montgomery Trail, which was the same path that many civil rights activists marched. During this trip, she weaved in and out of different cities the same way that some hikers would go from rocky terrain to soft dirt.

In most cases, urban hikers have the advantage of having many amenities readily available to them. Instead of carrying food inside large backpacks, they can simply stop in the nearest convenience store or restaurant. And when they need to use the restroom, they can just walk into a public building instead of ducking down into the bushes.

It’s also different because of the way hikers experience their surroundings. Part of the appeal of traditional hiking is the chance to explore and soak in the natural atmosphere. Urban hiking may not give you the privilege of fresh air and lush green trees, but it does allow you to see your city from a different point of view. Exploring the place that you live helps you discover hidden nooks and crannies that you never had the time to notice. Similar to forests, cities also experience constant shifts and changes, giving people a never-ending amount of places to explore. Urban hikers have time to appreciate the growing crop of stunning views and architectural masterpieces that many people rush past.

To start urban hiking, you don’t need much more than a pair of decent shoes and determination. The Internet is stuffed with lists of different paths, and with Manhattan’s many landmarks there are enough to keep you going for longer than you can imagine. Or you can just lace up your shoes, head outside, and start exploring the city with no guide. Now, it doesn’t matter if you can’t get over to the base of a mountain. The rise of this sport has made hiking readily available to so many more people, giving almost everyone a chance to experience the exhilarating feeling of exploration.