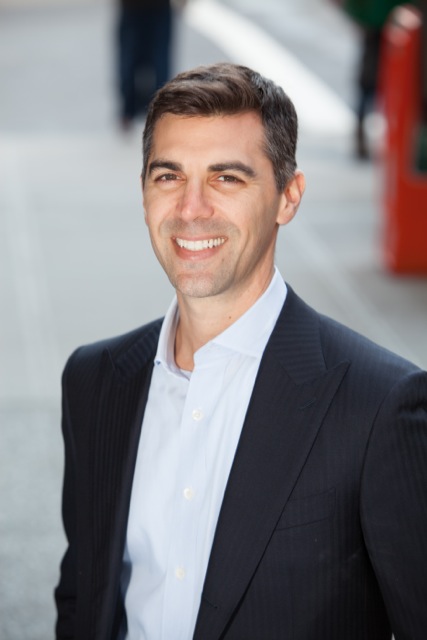 Jody Kriss is a principal and co-founder of East River Partners, a private equity investment and real estate development firm that was founded in 2010. Since 2010, Jody has been involved in many different residential development projects throughout Manhattan and Brooklyn, with a number of them being successfully completed, and quite a few are currently in progress. One of his latest projects, 415 East 6th St., is quite unique as it is a luxury condo conversion on top of an East Village synagogue.

For “The Real New York,” I was able to talk to Jody about how he got his start in the business, learn more about East River Partners and discover more about their ongoing project in Lower Manhattan.

Tell me a bit more about East River Partners and how you got started in the business.

It was started by my partner and I five years ago. My partner’s name is Joseph Cohen, and we thought it would be a great time to be entrepreneurs again. We thought that during the downturn, it was so hard for the developers to get the construction on, that there was going to be virtually no new supply back in 2012.  So in 2010, we started buying and developing condos in brownstone Brooklyn. We started out with one project in Park Slope, and then we did another up the street, and then we bought another, and then in total we’ve done about 15 deals now.

What did you do before East River Partners?

I’ve been doing development in New York City since I got out of college.

So you’ve been working with a bunch of different developer companies, and then you just decided to do your own thing.

I know you have a lot going on in Brooklyn currently, but do you have any projects ongoing in lower Manhattan?

Absolutely. We’ve got a project that we’re about to complete in the Lower East Side. The East Village. It’s at 415 East 6th St. It’s really an exciting project. First of all, it’s landmarked, and we’re restoring a 100 year old synagogue, and turning it into three residential lots, and the synagogue will remain operational on the ground floor. We’re restoring the building and creating a new space for it.

How did your firm get involved in that?

A friend of ours was walking down the street and met them, and you know, called us up and said, ‘I’ve got this really, kind of interesting, off the beaten path opportunity for you,’ and we were excited about it.

Other than that instance, how do you usually find properties to develop? Do you have people that come to you, or do you scout different neighborhoods looking for empty lots?

Yes, most of the time, there are folks that know what we’re looking for, and what we do, we just sort of sit in the office and pick up our phone and occasionally it rings with something we want to do.

Now as a developer, have you been noticing any sort of building trends within lower Manhattan? For example, larger buys, or more properties being used for luxury housing, more rentals, etc.?

I think we’re seeing, from neighborhoods, like in downtown, you’re seeing the East Village and the Lower East Side, which weren’t traditionally neighborhoods where you would see new construction of condos and tie-in rentals, and it’s really exploded. Neighborhoods have really sort of hit a inflection point, where they are absolutely ripe for development, and I think the people who didn’t really consider living there five years ago, and certainly not 10 years ago, would be tickled pink to live there.

What about in Brooklyn?

In Brooklyn, our focus is in the brownstone neighborhoods: Park Slope, Fort Greene, Cobble Hill. We keep producing relatively small projects, boutique buildings that are on tree-lined, sort of quintessential brownstone blocks. There’s an insatiable appetite for that. You can’t fill it, there’s no way.

Would you say there’s a lot of people who are looking to move out of Manhattan, but still want the city vibe, are looking into these neighborhoods in Brooklyn?

Yes,  I think if you go on a nice, spring day to an open house, or a decently priced unit, 40-50 people will show up. It’s amazing. There’s definitely more people who want to live in Park Slope, than there are new homes in Park Slope. No question.

What would you say are some of the largest differences between working in Manhattan versus in Brooklyn?

To me, just the dollars are bigger in Manhattan, otherwise, it’s kind of the same.  It’s really very similar; the people who are buying are really similar. They are all buying their dream home, this is something they really aspire to. This huge, exciting moment in their lives, and typically, whether they are buying in Manhattan or Brooklyn, I find that they’re buying their first choice. I don’t find that people are settling for Brooklyn at all. I think they are absolutely excited to be there.

I mean, Brooklyn is very up and coming, so it has that appeal.

Do you think there are any common misconceptions about property developers and investors?

I think the misconception about developers is that they are all business people, I think really every developer is part artist and part business, and there’s probably a lot more of the artist than people realize in the developers. Maybe not quite as much as in the architects, but they’re somewhere on the spectrum between all business and all artist.

I mean, I think personally, developers have to have a really great eye for things, especially when you’re trying to find a space and what to do with the space, and who to bring on board to make it your vision.

That’s exactly what we do. You do really have to come up with a vision, and there’s something really fun in doing that.

Going back to current, ongoing residential developments around Manhattan and Brooklyn, are there any that come to mind that you think will really sort of huge impact on a certain neighborhood?

I think the Essex Crossing project is going to have a totally transformative effect on the neighborhood that it’s in in the Lower East Side. So they’ve known this project, and they’ve been planning it for a very long time, and the developers are absolutely top-notch.

What are the details on that project?

They are building 1.9 million square feet, nine different buildings. There are 1,000 homes, half of which are affordable, and hundreds of thousands of square feet of new retail. It’s supposed to be completed in 2024, I read on their website.

What would you say have been some of your proudest achievements so far?

I think creating terrific homes for folks to live in and enjoy. That’s a big achievement, and it’s really exciting for us. That’s the joy of doing what we do.

What do you think are some of the most important aspects of being successful in this industry?

I think the real estate industry is a people industry, masquerading as a transaction industry. It’s really entirely about the people you surround yourself with.

Do you foresee high home prices and high demand continuing to be a trend in the future?

Yes, generally speaking, we’re going to see a little bit of inflation over some long period of time. I can’t predict with any certainty what’s going to happen in 2016, but I think that if you’re buying a new home now, odds are really good that in 7 years, it will be worth more than it’s worth today.