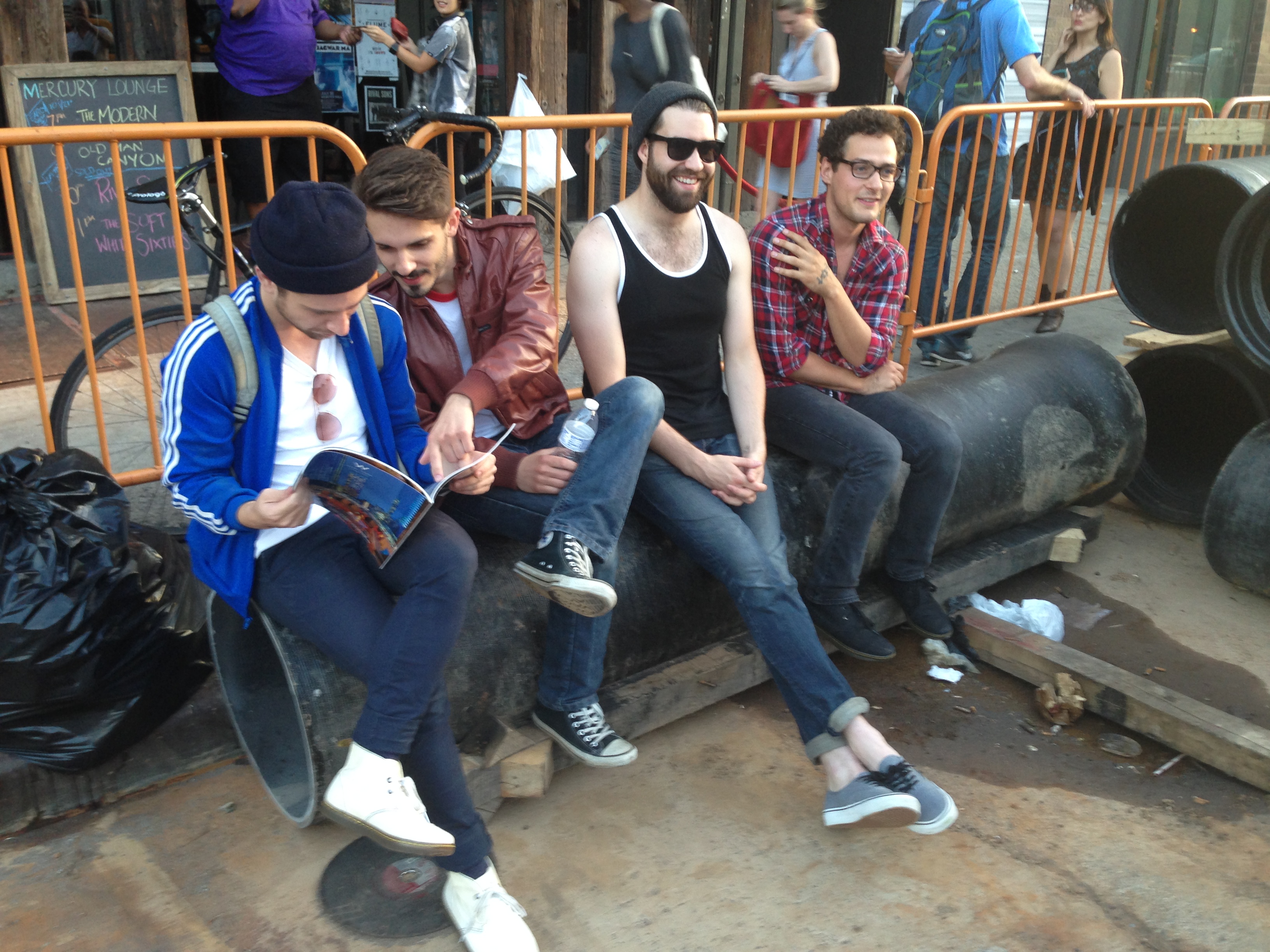 DOWNTOWN Magazine recently sat down with Garret Komyati, Michael O’Brien, Mathew Childers, and Holden Laurence, all of which comprise the contemporary cinematic-pop ensemble, The Modern Electric. These Ohio natives are known for creating music meant to bolster the blockbuster moments inherent in the respective movie that is every individual’s life. DOWNTOWN Magazine caught a glimpse of what inspires The Modern Electric and how they hope to inspire others.

Garrett Komyati: We are in this band because we write songs to people we love and feel that we’ve got a lot to share. We’ve been together since high school, that’s when we met. We all went to the same high school out in East Side, Cleveland. We all kind of liked the same music, started playing together at a young age and just continued it.

Michael O’Brien: I think it’s an escape for some of us. We represent cinematic pop. That’s our genre. That’s what we’ve termed for ourselves. We get to escape into film. Sometimes, it’s been described before that you get this heavy anxiety from it, and then we want to write music after watching a film, whether it be by Woody Allen or John Hughes.

Matthew Childers: I think that one of the reasons we wanted to form the band is because we are interested in being a soundtrack in our audience’s life, the same way that there’s a soundtrack in every movie that kind of accompanies a really beautiful moment. We heard a story that a couple met at our show and now have gotten married, and it’s one of their songs.

DOWNTOWN Magazine: If your lives had to be summarized in one song, the soundtrack of your life, what would it be? (It can’t be your own music).

Matthew Childers: “If You Leave” by Orchestral Manoeuvres In The Dark.

DOWNTOWN Magazine: So, you’re a romantic?

Matthew Childers: Yes, I am in love with John Hughes movies. Molly Ringwald is my dream girl.

DOWNTOWN Magazine: Do you think your songs are like that too?

DOWNTOWN Magazine: Are they hopeful or tense and anxious?

Holden Laurence: It’s both, but there’s always a light or a carrot dangling or else we wouldn’t write the songs.

Michael O’Brien: “Skinny Love” by Bon Iver, four years ago, was probably the most prominent song of my life. I’m just really happy most of the time, and I think the other band members struggle a little bit [all laugh].

Garrett Komyati: “Life on Mars” by David Bowie. That is where I think cinematic pop started, with that song. It had the full sound, the orchestra and everything. David Bowie is my hero. [The Modern Electric also road to Mr. Bowie entitled “David Bowie (Save Us All)”]

DOWNTOWN Magazine: As a band what is your ultimate goal? What would be the moment that makes you think, “we’ve made it”? What is that vision?

Matthew Childers: I think there are a couple. I think, one, like any other band, being able to do something you love and get paid for it. We’re very lucky to pursue something we love, unlike generations before. We’re like dream chasers right now. I think another amazing thing would be to write a soundtrack for a film.

Michael O’Brien: I think there are little goals that we are constantly achieving, like Matt said earlier….I had this guy come up to me after a show in Cleveland and he goes, “I had a song that I wanted to be played at my funeral, and I told my children to play it at my funeral. It’s been that song for ten years. Then, I got your first album and “London Loves Paris, 1988” will now be the song played at my funeral. He has a fews years to decide otherwise, but that’s really meaningful, to say your whole life is captured by this song.

Holden Laurence: Existentially, Mike was saying that the three of us [referencing himself, Matthew, and Garett] struggle with mood things. As a life goal, to do something that’s epic and meaningful and connected with human beings, enough that it’s still here when we’re not and is still resonating with people when we’re not…that’s my goal.

For more information and music visit their website at: www.themodernelectric.com