Around the corner from the Liberty Bell, The Bourse Food Hall is adapting to COVID-19. The 130-year-old commodities-exchange-turned-food-hall, well known as a gathering for good food and good variety, has removed their chairs from indoor tables. If you want to sit and eat, there are tables set up outside. The lines are marked with social distancing diamonds that read “STAND ON THIS JAWN” (jawn is Philadelphian for “thingamajig”).

Last week, The Bourse is welcomed a new vendor: The Original Hotdog Factory. Any other time, this might be routine. The Original Hotdog Factory franchise specializes in a wide variety of hotdogs alongside wings, fried Oreos, and other delicious goodies. During COVID, though, opening any new food location is an aberration. But for franchise owner Aaron Anderson this is nothing new.

Anderson is quiet and friendly. For a man with a dozen successful businesses, including 5 Original Hotdog Factory locations in Philadelphia, he carries himself like a mom and pop shop owner–a modest smile, quiet voice, and focused attention. But he dreams big, including owning a sports team (his first choice is the Philadelphia 76ers) and running for office in Philadelphia.

This is the second Original Hotdog Factory that he has opened since COVID hit Philly.

Anderson opened his fourth location in February of 2020, right before COVID. The location focused on indoor seating, and the sudden desertion of foot traffic drove it to extinction in weeks. So Anderson turned around and reopened in a new location in March. This time, he focused on takeout. He reached out to first responders and offered meals and services with organizations like the Ronald McDonald House. And the store thrived.

If other companies want to survive, he says, they’ll have to adapt. “Pivot in everything that you know. You’ve just got to change it…Stay focused no matter what. Times are definitely tough, but if you stay strong and sustain (then) on the other side is success for sure.” It is also, he says, about who has your back, including yourself. “It’s just being self-motivated and having a strong support team that keeps you motivated, and that’s always got your back.”

The next time you’re in Philadelphia, you can stop by The Original Hotdog Factory in the Bourse Food Hall, now open for business. Top options to check out at the Bourse location include the Surf n Turf (beef hotdog with crab meat), Fire Dog (loaded with peppers), and a damn fine Coney Dog. You’ll have to leave the Hall to eat them, but it will be worth the extra steps when you order the deep-fried twinkie for dessert. 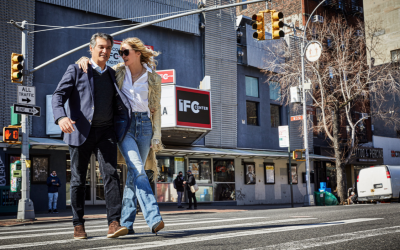