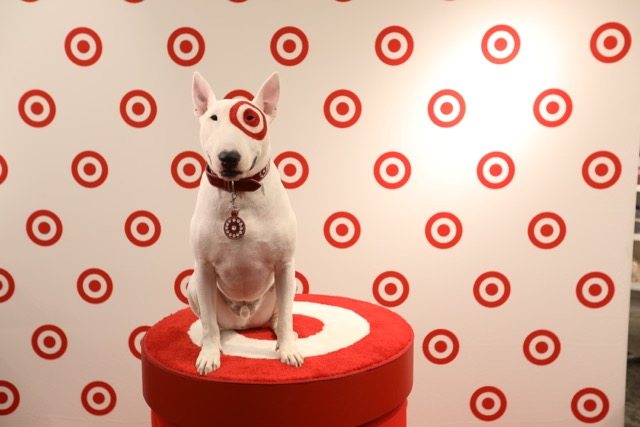 Target officially opened its first flexible format store in Lower Manhattan — as located at 225 Greenwich Street and Murray Street — on Oct. 5 with a grand ribbon cutting ceremony featuring Target executives and Community Board 1 President, Anthony Notaro. The Target mascot, Bullseye the dog, made a special appearance as well. The flexible format was introduced in 2012 and currently operates 18 stores in the United States with more than a dozen more slated to open in the future.

Target hosted a series of pop-up shops, leading up to the soft opening including a Nail It Up salon in SoHo, which featured its new nail polish line and complimentary mini-manicures were offered to the public, as followed by Twist It Up, with yoga classes and a giveaway of yoga mats. Mix It Up featured a Chobani Café and a DJ, while Warm It Up invited the public to pick up a pair of free gloves, for the upcoming winter season.

The 45,000 square foot retail store has two floors, including a Chobani Café. All major departments are represented at the new location including toys, baby goods such as diapers, formula and basic essentials, plus apparel and shoes for the whole family, beauty products, housewares, household products, pet supplies, school supplies electronics including flat screen t.v.’s and mobile devices. There is also a CVS pharmacy and a large grocery and fresh produce section as well as a “grab and go” offering for busy residents and office workers.

This new location is catering to the locals with furniture that is designed for smaller living spaces and a curated offering of products for city living. The store is also offering in-store pick up for online orders on target.com. Essentially, this convenience will allow shoppers the same variety of products that they would expect at a larger Target location, with the exception of grocery items. The store offers escalators and an elevator, making it convenient for shoppers with strollers.

Target is known for its affordability and pricing seems to be on par with other Target locations in the Tri-State area. The Tribeca location will also offer seasonal items as well and the store is currently selling Halloween costumes and candy, which is sure to be a hit with locals that need last minute supplies for the upcoming holiday.