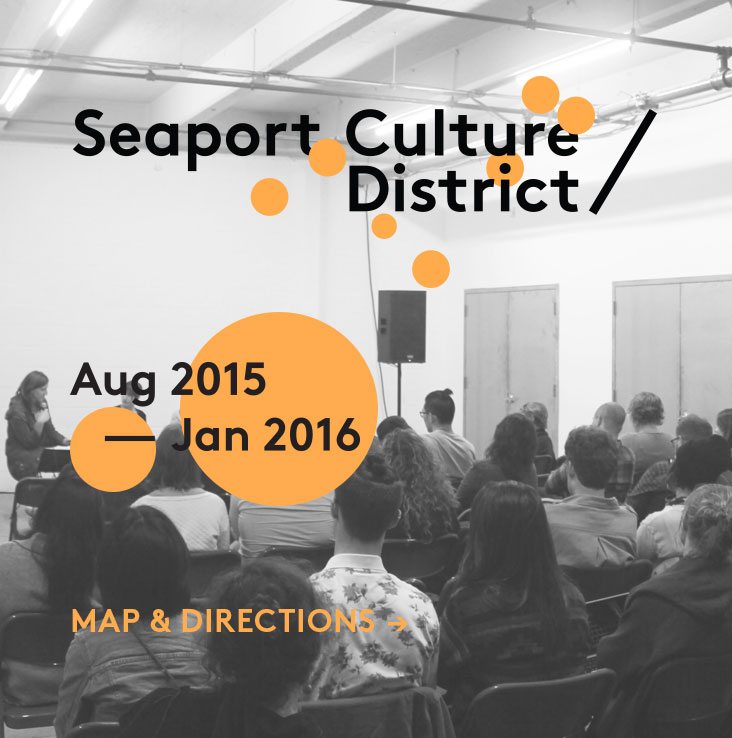 Founded in 1625 when the Dutch West India Company erected the first pier, South Street Seaport is a physical testament to New York’s colonial beauty. The district boasts some of the oldest  architecture in the city and four docked ships with historical status.

However, within the past decade, South Street Seaport has experienced its share of tribulations. The demolition caused by Hurricane Sandy and vacancies of tenants shadowed the district’s splendor.

But now South Street Seaport is enjoying a renaissance. The stores and restaurants destroyed by Hurricane Sandy are being converted into temporary exhibition spaces called the Seaport Cultural District.

From mid-August through January, Seaport Cultural District will introduce a variety of exhibitions, installations, programs and events from a notable list of cultural organizations. They span art, architecture and publishing, and include the distinguished Guggenheim Museum, HarperCollins Publishers, the AIANY Center for Architecture, and more.

Seaport Cultural District is the collaborative work between the Howard Hughes Corporation, the district’s developer, and architect James Sanders.

Seaport Cultural District will feature the following exhibitions, as reported by Business Wire:

The AIANY Center for Architecture will present Sea Level: Five Boroughs at Water’s Edge. The installation is a collection of large-scale images of the East River waterfront by photographer Elizabeth Felicella.

The AIANY space will also house an interactive architectural project by the Guggenheim, titled Azone Terminal.

HarperCollins will introduce the HarperCollins BookLab, an event space for launch events, readings, talks and receptions.

For the full list of upcoming activations, visit BusinessWire.

Also expected within the coming couple of years are a 42-story luxury waterfront skyscraper and the iPic Entertainment Theater.

With Howard Hughes at the reigns, these developments are hopefully indicative of the revival that South Street Seaport needs to regain its status as Manhattan’s pearl.