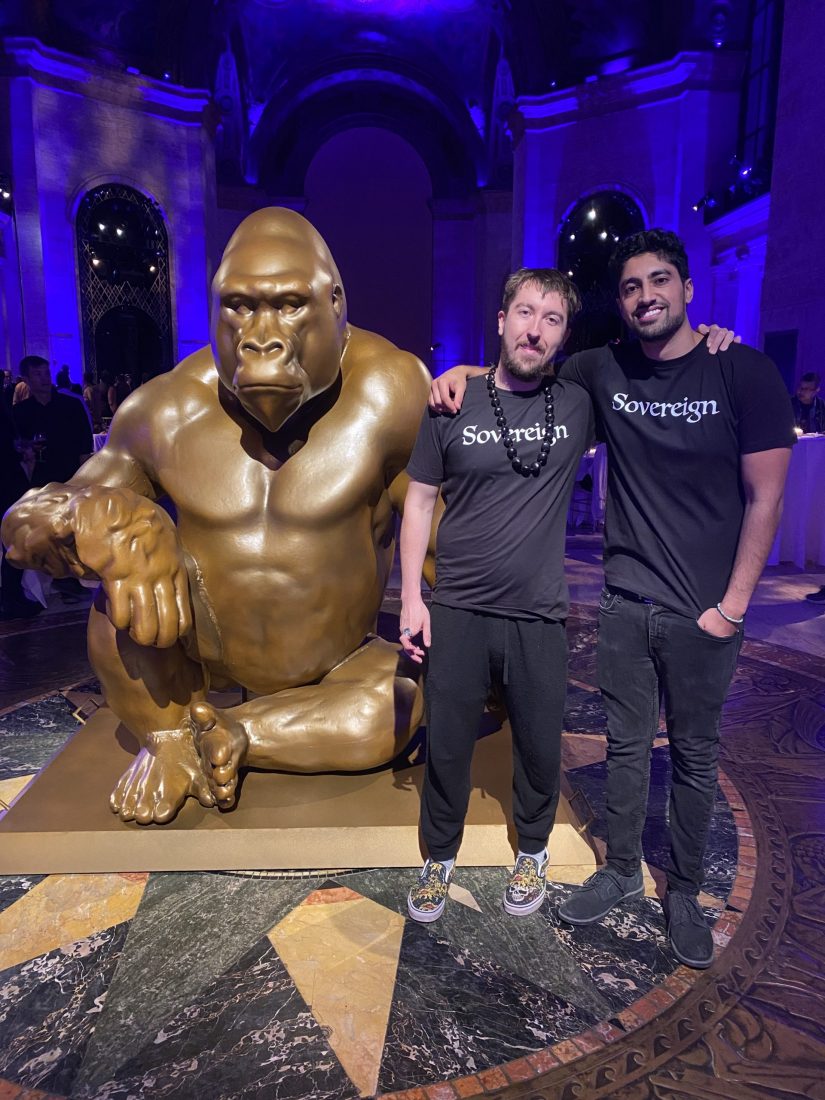 Dubbed “The Sapien Nation Tribe,” they are a tokenized social network now 100,000 + plus strong, built on decentralization and privacy, utilizing ethereum blockchain technology, that protects members’ intellectual property, as well as rewards and inspires its members to create digital content. In their terms, they are “first sovereign digital nation.”

“It’s about love, it’s about making [members] own their decisions, and to feel fundamentally empowered,” said Ankit Bhatia at the event. “It’s about protecting freedom of speech.”

Starring front and center at the event was a 7 foot statue of Harambe the Gorilla, who in late October had been in the news, for facing the Charging Bull on Bowling Green, as a symbolic gesture of how “out of touch Wall Street has become with the needs of the everyday people,” according to their site.  Harambe had also recently traveled to California, where he stood opposite the corporate offices of Facebook, now known as Meta. Harambe is modeled after the gorilla was killed at the Cincinnati Zoo in 2016.

For more information on Sapien, visit sapien.network. They can also be found on Twitter and Discord.