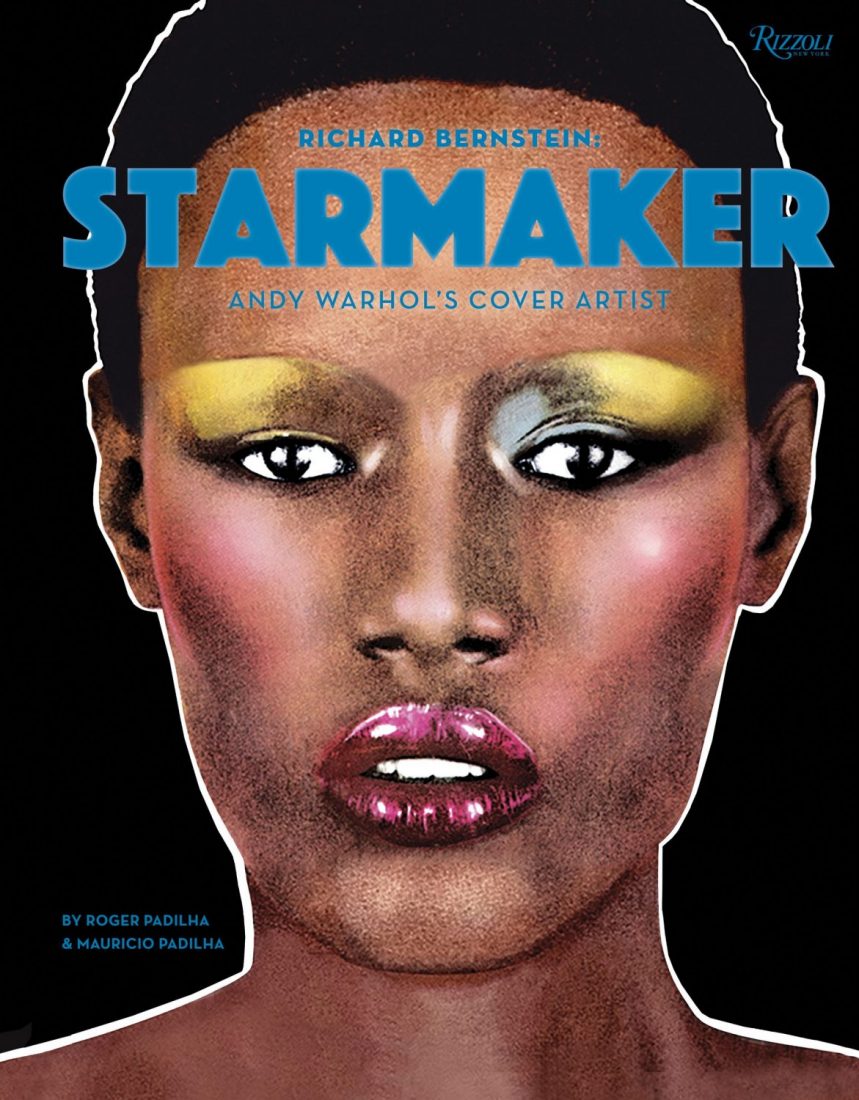 Richard Bernstein Starmaker: Andy Warhol’s Cover Artist by Roger Padilha and Mauricio Padilha, and with a foreword by Grace Jones, features over 250 color illustrations by the American artist and art director.

An avant-garde fixture in the world of fashion and art, as well as with the Studio 54 set, Bernstein’s wildly cool, hyper-colored graphic portraits of the superstars that graced the covers of Andy Warhol’s Interview magazine, were often thought of as Warhol’s. But it was Bernstein who actually captured the iconic disco era though his artwork. His singular ability to amplify photographs with pastels, stencils, and more, was only enhanced by his gift for airbrushing—rendering his subjects pop-art kings and queens.

Grace Jones, who met him in 1976 on the recommendation of Sy and Eileen Berlin that he design the cover to her single, “I Need A Man,” instantly hit it off with the artist. She describes his ability to always ‘make something out of nothing” as magical.

Andy Warhol had the same thought just a few years before. When Warhol revamped Interview in the early 70s to reflect the nostalgia of the fading era of glamour, he began by trying to once again create stars in his own manner. The first order of business was to hire Bernstein to do his covers. The artist slapped technicolor images of the some of the biggest stars of the time, glamourizing them to megastar proportions—an influence one can ascribe to his obsession as a young adult to Photoplay. The new Interview, along with its covers, gave each celebrity a god-like status. With their status, Bernstein’s rose as well. And that’s where the real story of a boy born in the Bronx who later became one of the most influential artists of the 20th century began. To buy the book, click here.