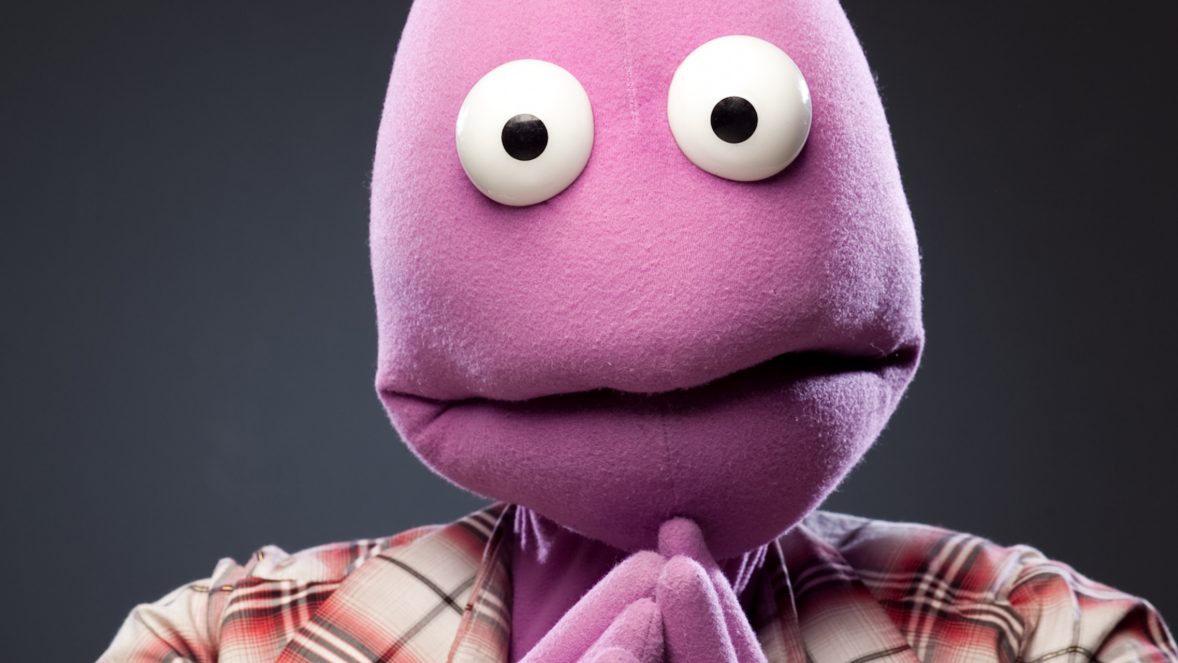 Who would have ever thought that one of Theatre Row’s hottest plays would feature solely a purple puppet and a spotlight? Randy Writes a Novel is currently finishing up its last few weeks in NYC, and I had the privilege of attending this past Sunday. This play was certainly not what I expected it to be, and although this type of show is not my usual cup of tea, I did enjoy this show. The show features Randy, a Muppet, Avenue Q like a puppet, sitting at a desk with his novel titled Walk to Skye, which he’s currently working on. Throughout the 75 minute show, he intends to read his novel to the audience, but he always gets distracted right before he starts to read it.

Perhaps the most unique feature of this show is that while it is comedic, it is filled with deeper meanings and messages. In discussing his novel in the works, Randy raises questions like: is art still art if it’s not witnessed or appreciated? And, why are we so satisfied at the end of novels, but so disappointed when we find out that a story we were just told was made up? Randy also discusses our legacies, and the impact we have during our “blip of time” here on Earth. It’s also quite educational (I, unexpectedly, left the show loads of new knowledge regarding the lives of Ernest Hemingway and Harper Lee).  This show makes you laugh but makes you think, too.

The atmosphere was casual and intimate. Randy encourages the audience to hoot and holler, take photos, and relax (something you might find harder to do in a formal Broadway setting!). My one criticism would be that Randy engages with the audience members and asks them questions about their lives; perhaps some people would feel quite uncomfortable or unprepared to participate. Overall, though, Randy did a great job at making the audience feel at home.

I will say, though, that the humor of this show might not be for everyone. The show does contain vulgar language and the comedy is quite dark at times. If you’re looking for a light-hearted, innocent comedy, this show isn’t for you. If you like comedies which are on the darker side, with an essence of seriousness and deeper meaning, I would highly recommend this show to you.

Randy Writes a Novel is unique and entertaining; you won’t want to miss it. Go see it while you still can, Downtowners, and let us know what you thought!