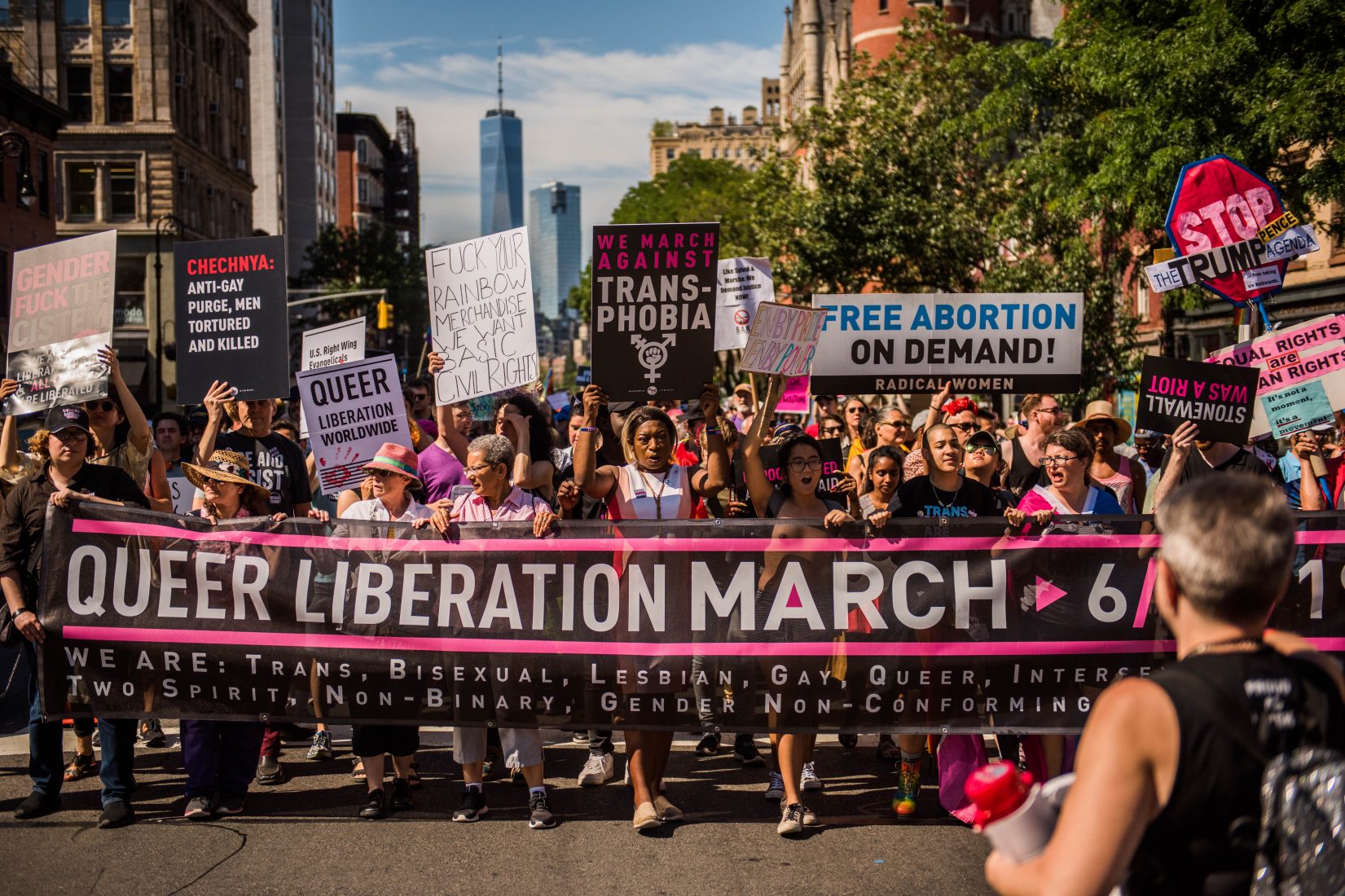 At 9:30 am on Sunday, June 30th, just hours before the step off of the World Pride Parade, thousands of people gathered near the historic Stonewall Inn for a different cause. The Queer Liberation March, organized as an anti-corporate activist alternative to World Pride, headed north along the path of the original 1970 Christopher Street Liberation Day March, stopping at Bryant Park to pick up latecomers. The march, which eventually picked up 45,000 participants, ended on Central Park’s Great Lawn with a rally which lasted for more than three hours. A banner above the stage read, “None are free until all are free.”

The Queer Liberation March marks a shift from the party-heavy trend of the past few years. Called an “Anti-Pride Pride” by the Daily Beast, the Queer Liberation March sought to bring Pride back to its more radical roots, and away from what they saw as corporate appropriation, or “pinkwashing,” of LGBTQ identity. “Our expressions of queerness have been corrupted by every corporation out there trying to make a buck,” Rally EmCee Marga Gomez bellowed out to the crowd assembling around the Central Park stage.

Ellen Shumsky, a veteran of the Gay Liberation Front, put it a different way: “I see this reclaim pride march as a natural expression of a new, more inclusive, sexual identity revolution (applause break) embracing a full complex spectrum of identities and self-realization all under a rainbow flag.”

Signs were likewise diverse, ranging from self-identifying pride signs (“Trans Pride!”) to the political, which called out ICE, Brazil’s Jair Bolsonaro, Donald Trump, and more, to the absurd–one individual dressed up as a demonic Jesus, with glowing eyes and small horns, and held a cross bearing the words “God is Gay.” And Demon Jesus was far from the only participant in costume: fancy dresses mixed with body glitter and leather, and one individual added to the fantasy aesthetic with chainmail and a pair of elf ears. Even those in everyday street clothes wore something pink or rainbow-colored, like one woman with a rainbow paper umbrella which we used as cover during a brief, very cold, rainstorm.

The tone was undoubtedly less festive than World Pride, but it was a response to a sentiment attendees of both events could understand. “Have you been to the downtown celebration?” one attendee asked me as we made our way to the park. “It’s great, but then you see the Google float, and you’re just like ‘I don’t give a f**k.”